Sean Wilson chats to the director behind acclaimed new horror Relic, Natalie Erika James, to discuss the poetry of fear and why terror rooted in character development is always more effective… 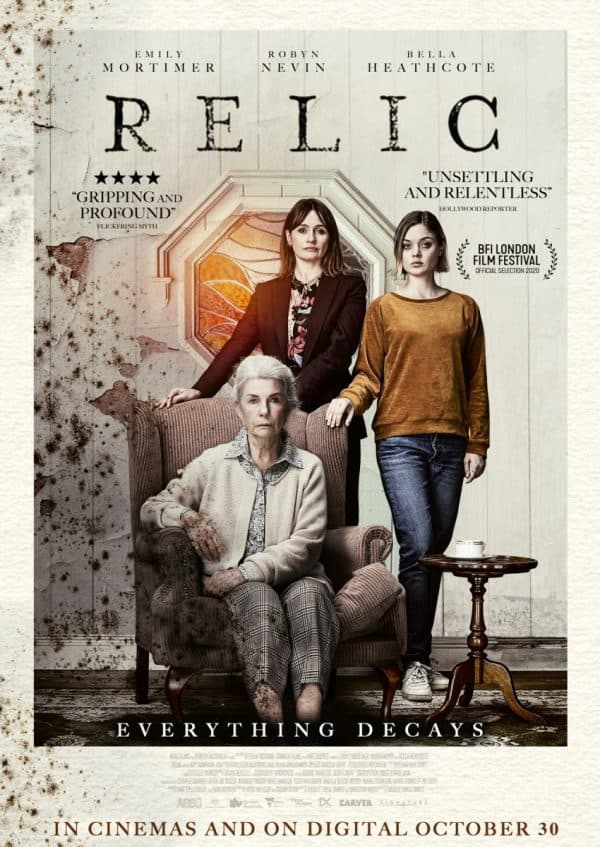 Warning: this interview may contain spoilers for Relic…

Relic is a striking feature film debut from Natalie Erika James, an accomplished short film and music video director. She translates deeply personal experiences of her own into this eerie and emotive horror, in which three generations of women are forced to confront the spectre of ageing and memory loss.

When Kay (Emily Mortimer) is alerted to the disappearance of her elderly mother Edna (Robyn Nevin), an Alzheimer’s sufferer, she decamps to Edna’s remote house with her daughter Sam (Bella Heathcote). The creaky old property is seemingly possessed with a sinister character of its own, and when Edna suddenly re-appears on the scene, questions start to be raised. Is the atmosphere of the house reflecting her fragile emotional state, or feeding off it?

Melding sensitive subject matter with bucketloads of atmosphere, Relic follows hot on the heels of Saint Maud as another provocative horror entry in a troubled 2020. I was delighted to catch up with Natalie to discuss her approach to the movie, and why it’s so important that a horror film must not only scare, but make us care.

It’s wonderful to talk to you Natalie about such a powerful movie debut. The film fuses very bold and interesting ideas together so what was the inspiration for the project?

It came from a really personal place. My grandmother had Alzheimer’s for quite a number of years before she passed, and I guess a lot of it was my own personal observations. It also involved the way her relationship with my own mother shifted over time. I actually started writing the film on a trip that I made to go and see her in Japan. Unfortunately during this trip, for the first time, she couldn’t remember who I was.

I remember that feeling of someone who looks exactly the same, someone who had looked at me with love and familiarity, seemingly becoming someone else. At the same time, she lived in this quite creepy, traditional Japanese house that had always really scared me as a kid. Those things came together and that was the starting point for the film. 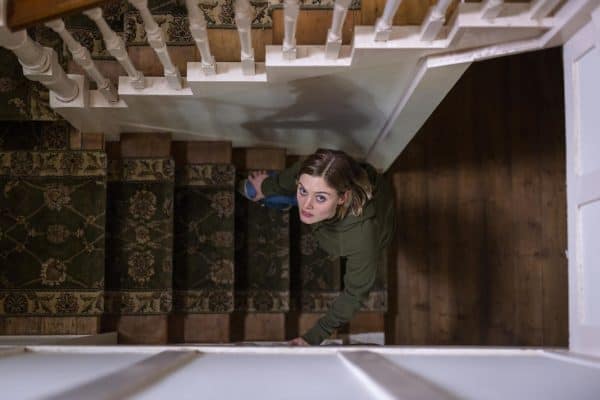 The film strikes a delicate balancing act, melding the subjects of ageing and memory with the audience-friendly, pleasurable expectations of horror. How did you use the sinister undercurrents to augment the more realistic side of it?

Well, you know, some moments from real life can be very unsettling as well. So, in some ways, it’s just taking it to the supernatural extreme. Those with Alzheimer’s can be found talking to people in the room who aren’t there, and often they can be straddling two timelines, talking to people who are long dead. That happens a lot. I think that lends itself to a story within a horror framework, and you’re right in that the horror genre provides this propulsive narrative vehicle to tell the story. It can carry the darker themes quite well, hopefully.

In some ways, I’m hugely influenced by Gothic horror as well. There’s often a sense that the events which play out could be explained by real-life things. That restraint, and the suspension you leave the audience in, bearing in mind that Relic is itself a slow-burn experience, was probably the inspiration for the structure of the film.

It’s interesting that you mentioned Gothic stories. When watching Relic, I was reminded of the ambiguity of something like The Turn of the Screw. Are you influenced by material like that?

Yeah, absolutely. And I love how deeply psychological those stories can be. It’s so much about the unreliable narrator in a way. We really tried to bring that to Relic in the way that the story unfolds. You pull your punches until the end. 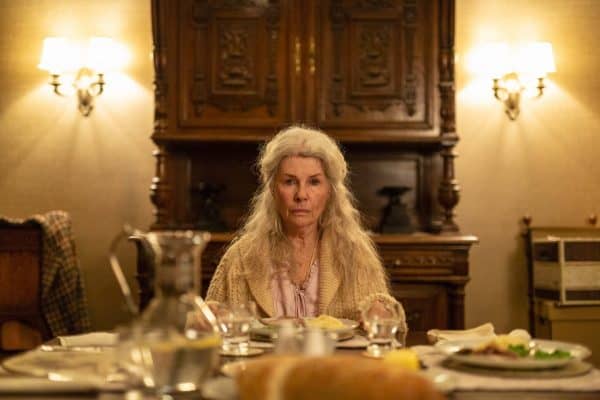 The film puts us in the headspace of the characters played by Emily Mortimer and Bella Heathcote inasmuch as to whether they’re projecting their own fears and anxieties, or whether it’s genuinely something sinister at work. How did the design of the house complement that?

I guess the idea of the labyrinth itself came from a few things. Again, my grandmother’s house, the upstairs had a couple of rooms where stuff had been hoarded. I really was attached to the idea that the stuff we see in the movie reflected hoarded memories, in a way. The hoarding was indicative of Edna trying to hold onto those memories.

At the same time, I’d watched a documentary or YouTube video about someone describing being lost within their own house. They had Alzheimer’s, and it was the idea of going into your kitchen, without knowing how to get to your bedroom. In some ways, the labyrinth is the experience of Kay and Sam being drawn into Edna’s experience of Alzheimer’s.

The way we designed this space was not intended to evoke an alternative universe or a parallel dimension. We wanted it to still feel like it was part of the house. We used the same architectural language, while also relying more on a sense of how Alzheimer’s can affect the brain. Things that are repeating where they shouldn’t and things that are missing, for example, staircases that don’t lead to anything, doorways that don’t have a function. It messes with the architectural logic in the same way that Alzheimer’s affects the brain.

The film does what all great horrors do, recognising that the terror is rooted in recognisable characters. You have to earn the right to head off into surreal territory, after you’ve built up investment in the people. Is that important to you as a filmmaker?

There’s something very truthful in that. Sometimes it’s the trap that so much psychological drama and horror can fall into. When a writer starts to play with reality in a film, they can do anything, but it needs to be grounded in a set of rules, or at least build up to a wider set of rules for an audience member to feel engaged.

There’s nothing worse than when you watch a horror film and the ghosts can do anything. You can feel the writer’s hand in it. Like, what did they kill that guy, but not this guy? [laughs] So, it’s a challenge to not succumb to that. Certainly, when we were going around with the script to get it financed, it was, like, we need more scares. If the story doesn’t warrant the scare, then that’s where you feel the writer’s hand just forcing it in. 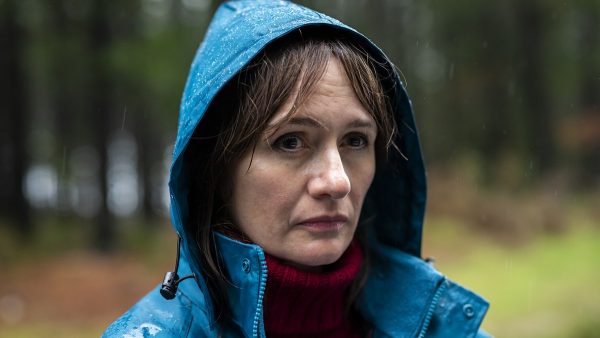 When you were pitching the film around, was there a pressure to make it more jumpy? Because that’s very much in-vogue with horror films at the moment.

Lots of people responded to the script as it was and saw the emotional strength of it. But yeah definitely, some people were like, it’s great but we just need more scares. It’s too much of a slow-burn. But there are plenty of wonderful horror films that are slow-burns.

Luckily we settled on some producers who really understood the value of that. I found it helpful to be able to point to films that had done that successfully. A film like Kill List, for example. Structurally, it’s a slow-burner and there’s a lot of tension, and it all eventually goes off.

The story of Relic almost becomes a visual metaphor of the emotion felt by the characters. You came out of short films and music videos and this is your feature film debut. Was there anything from the process of making those shorts and videos that you translated into the making of this?

Definitely. The idea of making a feature film before you make it seems so daunting. But honestly but when you get on set and start to work with your crew, it’s everything that you’ve been training to do for the last 10 years.

I can’t point to anything specific, other than the fact that the proof of concept, called Creswick, was an incredible arena in which to test ideas. Techniques, camera moves and that kind of thing. Practically speaking, it was very helpful in getting the film financed as well. You always learn from every shoot, or you should, or you’re really not pushing yourself. Every shoot you learn through success, but more often through failure. It’s so helpful. 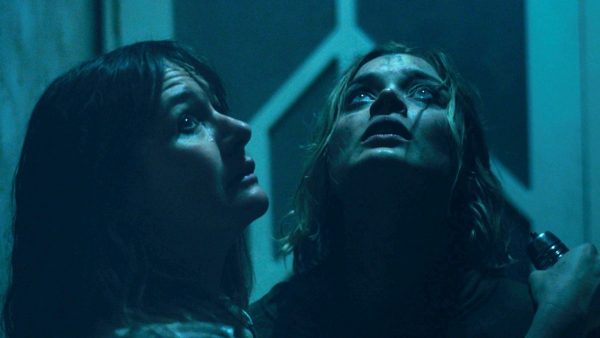 You have three generations of women at the centre of the story, and the actors, Robin Nevyn, Emily Mortimer and Bella Heathcote, do a superb job in conveying abject terror, albeit not in an over-egged way. How do you get that subtlety of fear out of actors?

You have to keep in mind they’re phenomenal actors, but for me, it’s not so much a rehearsal process for scary scenes. It’s more akin to talking about similar experiences in our lives. Bella calls it ‘trauma bonding’. [laughs] Like, experiences in life when you felt comparably trapped, whether that’s physically or emotionally. We’re very honest with each other and we start to develop a language as to how to talk about these things.

Every actor is different but for Bella, it was us building trust through the sharing. It’s not too different to co-writing. You have to find the common ground. And then on set, for the labyrinth scene for instance, it was more about creating the right atmosphere for the actor. A safe space, in a way, that they can fail in, if they need to. Bella would do things like listen to music in-between takes to keep herself in that state. Emotionally, she had to do that for about three or four days. You try and work as fast as you can and you’re constantly orienting the actor within the scene, trying to figure out what their character is going through.

I recently interviewed the director of Saint Maud, Rose Glass, and I asked her about this apparent upsurge of women working in independent horror films. What were your thoughts on that? Do you think more boundaries are being broken down and more voices are being heard?

Traditionally, it’s been a genre dominated by men. Overall within the filmmaking industry, it feels like first-time women filmmakers are being given more opportunities. It feels natural that we would see a surge of women directors within horror films because, of course, women like genre films, just like any genre.

But for me, I find it really exciting because if you think about the psychology of horror, it’s a lot about the fear of the other. Of anything that’s outside the white, heteronormative experience. It’s particularly exciting to be reclaiming those spaces, whether that applies to women, people of colour or another demographic entirely. I’m constantly thrilled and surprised by the genre and the output of what’s coming out these days.

Many thanks to Natalie Erika James for participating in this interview. Relic is released in cinemas and on digital HD 30th October with previews in Showcase cinemas on 29th October