Josh Brolin, the actor behind Cable in Deadpool 2, says playing the role felt like a “business transaction”. One actor who has gotten pretty good at playing comic book movie tough guys is Josh Brolin, known for his recent roles as Thanos in the MCU and Cable in Deadpool 2.

How do the two roles compare? Well, Brolin says that playing Cable was much more difficult as it felt to him more like a “business transaction”. Speaking to cinematographer Roger Deakins on the Team Deakins podcast (via Geek Tyrant), he said:

“Deadpool was hard. Even though it was funny, it was harder. That was more of a business transaction, it was more, ‘We need to make this like this,’ whereas I didn’t feel that way with Avengers.”

Brolin also went on to discuss why he decided to play Thanos: “I turned down quite a bit of those things and again people were like ‘money!’ When I said yes to Avengers it was a small thing. It was basically a cameo, so there was not a lot of money involved. So that wasn’t the reason. But when they game to me they gave me a big bible. I loved that it was all [of them]. If it had been one of the Avengers — and I don’t mean this, I probably shouldn’t say this but I’m just gonna say it — I probably wouldn’t have done it. But the fact that it was all the Avengers against this one guy. I liked that aspect of it.”

Are you surprised that Brolin found Cable to be more difficult than Thanos? Let us know in the comments below and on social media @flickeringymyth… 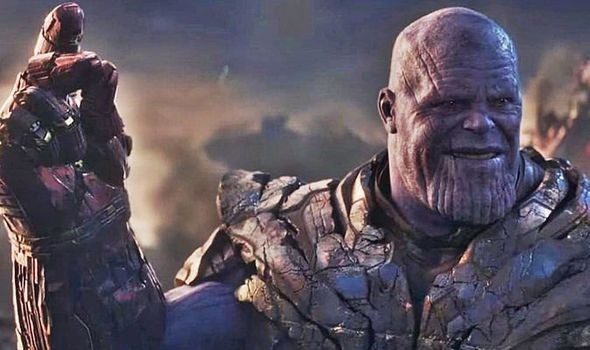