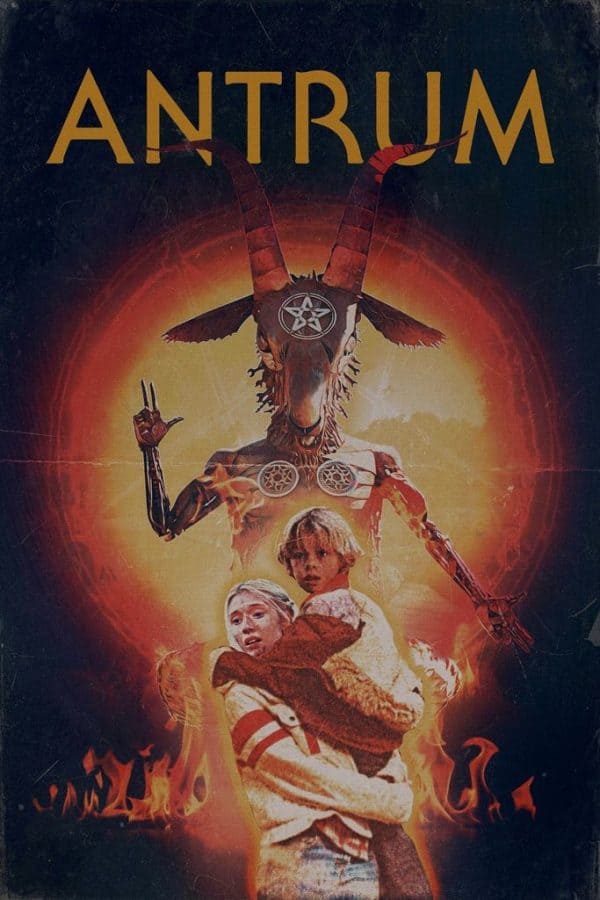 Billed as ‘the deadliest film ever made’, Antrum is a cautionary slice of cinematic history. We’re introduced to a movie that is reportedly responsible for numerous mysterious deaths and accidents. The film in question, Antrum, dates from the 1970s, and focuses on a brother and sister’s descent into hell. Following the death of their beloved dog, the siblings attempt to locate ‘antrum’ – the very spot where the devil landed after being cast out of heaven. The deeper they dig, the more nightmarish things become. 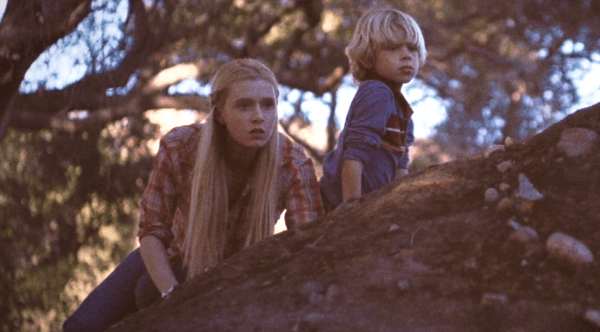 Warning: to review Antrum is to spoil its mystique. Those who want to go in completely fresh are advised to stop here and come back later.

Antrum is a very difficult movie to review. To get anything out of it, one must inherently buy into the self-consciously overblown mockumentary format, which tops and tails the intervening movie with an emphasis on its supposedly cursed reputation. This involves talking heads from ‘experts’ who lay out its sinister history, starting with its 1979 film festival debut.

An English-language movie of supposedly Bulgarian origin, Antrum is said to have been responsible for numerous deaths of festival directors that have commissioned it. After disappearing from view, it later re-emerges in 1988 in Budapest, only for the cinema screening it to burn to the ground. Did the audience, in fact, burn the building down in a fit of demonic madness?

The film emerges again in 1993, leading to an apparent LSD-induced riot and the death of a pregnant woman. Fast-forward to 2018 and the movie once again surfaces, this time with an accompanying ‘documentary’ asserting the project’s evil credentials.

All sounds spookily entertaining, right? Well, yes, if you’re watching with an ironic and detached sensibility. As in, I don’t for one minute take any of this seriously, but I admire the intent. However, the makers of Antrum (the movie itself and the documentary content around it) do indeed want you to believe that it’s real. This is the slippery part, drawing unfavourable comparisons to the masterful work of Eduardo Sanchez and Daniel Myrick on 1999’s The Blair Witch Project.

The latter movie had a genuine frisson about it, its raw documentary style and sudden emergence on the movie scene irresistibly tickling the ‘is it real?’ bone, and becoming truly unsettling in the process. Sanchez and Myrick’s groundbreaking manipulation of then-embryonic internet marketing stoked the fires of discussion even further.

Admittedly, audiences were somewhat more gullible back then in the pre-social media age, but such was the aesthetic authenticity of Blair Witch that it seemed to tickle the primal terror of even the most cynical viewers. By contrast, the harder Antrum works to convince you it’s real, the less convincing it becomes. That the documentary section is accompanied by stilted narration in unconvincingly prim English tones only compounds the sense of dissatisfaction.

Maybe it would have been better to dispense with that altogether and just have the actual Antrum movie on its own terms . That way, audiences would be forced to make up their own mind about what they’re seeing, rather than having it explained to them and risk breaking the illusion. The allegedly cursed production is undeniably blessed with excellent production values, utilising grainy-looking stock (digitally imposed scratches and all), a woozy soundtrack, jarring jump cuts and canted angles to suggest something dredged from the bowels of cinematic hell.

The two lead actors, Nicole Tompkins and Rowan Smyth, share strong chemistry and are convincingly terrified and terrorised by turns. The movie is nominally split into chapters, each depicting a descent into the various rings of hell, with the three-headed dog Cerberus being invoked, and arcane ‘sigils’ subliminally imposed onto the frame. It’s all designed to convey malevolent intent to the viewer, as if infecting them with a hex that can be ended by finishing the film altogether. 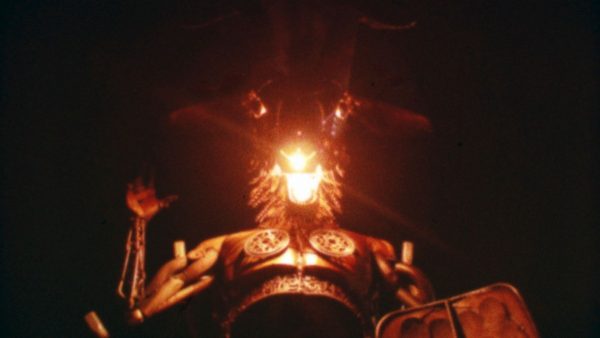 Midway through, a disconcerting grainy shot of a demonic figure staring into camera appears to offer a challenge to the viewer: dare you continue? It’s an understated and effective sense of disconcerting menace; as mentioned, however, would that the film’s implicit mystique be allowed to stand on its own.

There’s no denying the residual air of discomfort as siblings Oralee and Nathan start to lose track of reality, but throughout there’s a nagging sense of disconnect between what the film wants to sell you, and what it ultimately conveys.