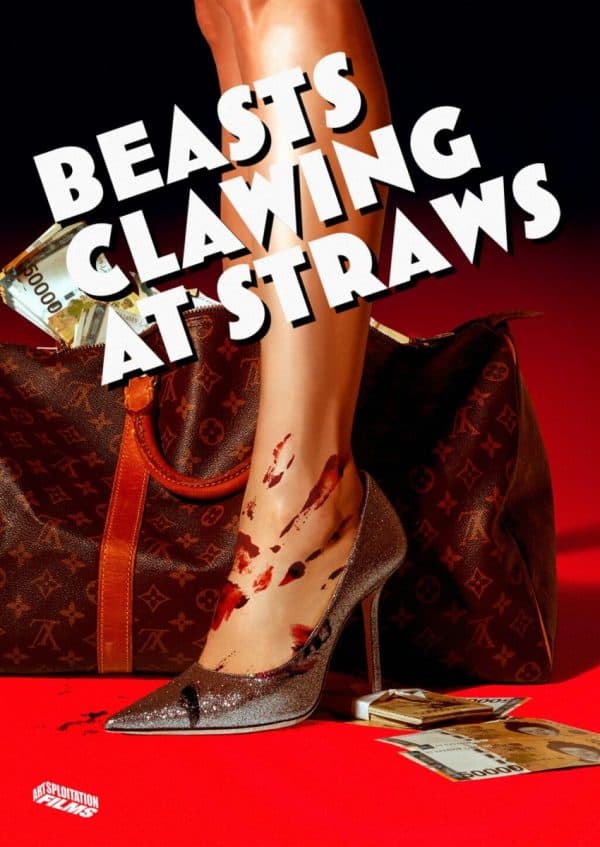 A struggling restaurant owner, caring for his sick mom, finds a bag of cash in a sauna locker, while a customs officer gets into trouble when his girlfriend runs off with the money he borrowed from a loan shark. 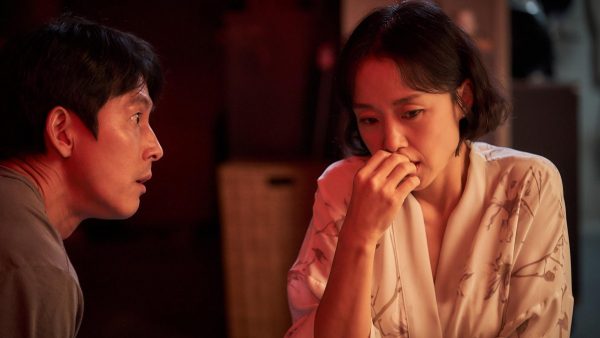 “When you strike it rich, you can’t trust anyone” is a line from this film and sums up everything there is to say. Beasts Clawing At Straws is a cautionary tale and offers lessons on how messed up life can be. Don’t mistake that as the film will be dry or boring because this is a quick-paced and darkly hilarious twisted tale you need to see.

A bag of money is found in a locker by a man; little do we know as a viewer that the story of this bag is far more convoluted than we could ever imagine. It’s a simple enough premise that allows director Kim Yong-hoon to add as many twists and turns as he pleases. There’s a story of greed and manipulation at the center of the film, which are topics I enjoy, and it usually lends itself to some insane drama. Insane drama barely does the job of describing the madness on display here.

When you think you have a piece of the puzzle figured out, you find out it goes from 500 pieces to 1000. We follow a few people around in the film, all having to do with money and something they’ve gotten themselves into. We have a young woman trying to escape her abusive husband, a man dealing with a blood-thirsty loan shark, and our aforementioned man who found the bag. You know these stories will meet up at some point, in a very Tarantino-like fashion, but I never expected the next twist in the story. As someone who watches way too many movies, it’s refreshing when I can be surprised. 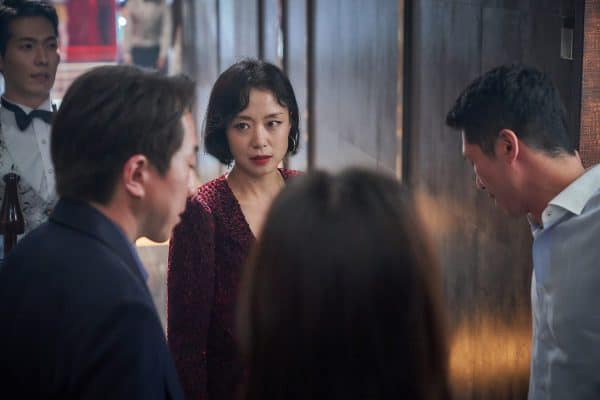 Beasts Clawing At Straws does one of my favorite things and puts you directly into this situation. It starts just normal enough that you question if you’d do this if you’d take the money. By the time the story gets wild and twisted, you are already lost in the madness yourself. You begin to question the characters you’ve trusted; you start wondering if this bag of money is worth it, and the anxiety level of this situation weighs down on ya. It’s a wonderful atmosphere created here. Kim Yong-hoon knows exactly how he wants to tell this story and manipulate them to trust people we shouldn’t trust. It’s a wonderful script from Yong-hoon, brought to life by strong filmmaking and great acting.

Speaking of the acting, the stand-out for me is Jeon Do-Yeon as Yeon-hee, a woman who finds herself at the center of most of this drama. Do-Yeon is credited as a huge role model for South Korean actresses and one of the best from the country, and I can see why as she’s a powerhouse here. Every single moment she spends on screen is a delight, even when her character is being a shady person. It’s a delightful turn that makes this worth the watch alone, but she’s not alone in the strong acting.

Jung Woo-sung and Bae Seong-woo are two actors I really enjoyed seeing here, making their characters feel more well-rounded than they were probably written. You can tell they elevated the material with their strong acting choices, sometimes reminded me of characters in a Coen Brothers film. Like they are written a certain way, their acting brings those choices to a whole other level. It’s impressive with this many characters and so many moving parts to stand out, but they do just that. 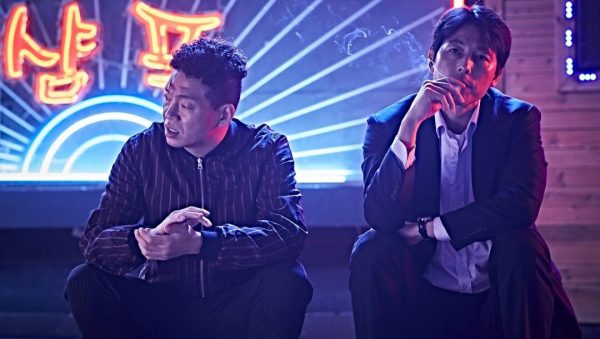 South Korean films are usually some of my favorites. They have a way of bouncing between genres effortlessly and know how to tell a dark story with a layer of fun. Beasts Clawing At Straws is no different and easily cements itself as one of the most interesting films of the year.

For anyone who enjoys twisted tales of people being corrupted by money, this is exactly for you. There’s something about the film that reminded me of so many great films of the 90s. I already made comparisons to Tarantino and the Coen Brothers’ work, and that’s exactly what this feels like. But even filmmakers like that couldn’t have me as shocked and surprised as Kim Yong-hoon did with Beasts Clawing At Straws.