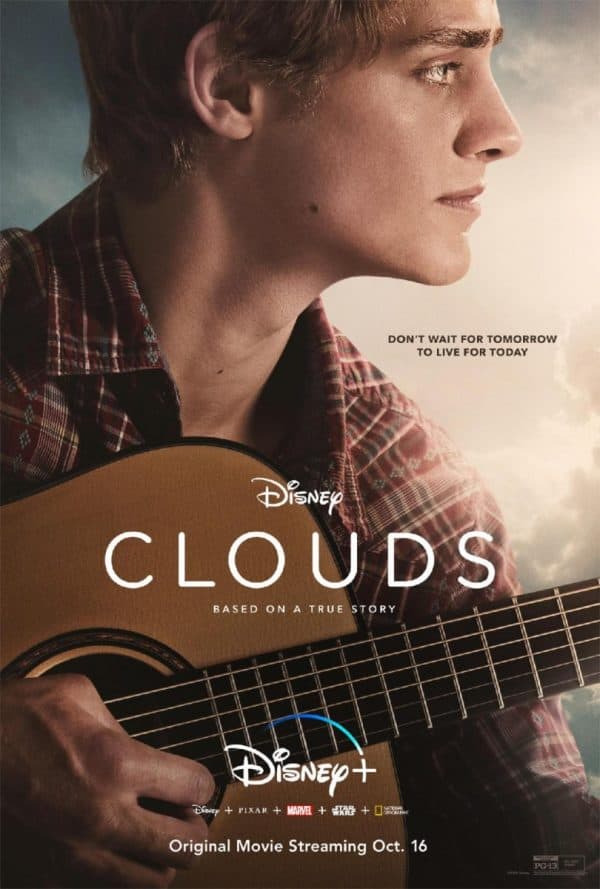 Young musician Zach Sobiech discovers his cancer has spread, leaving him just a few months to live. With limited time, he follows his dream and makes an album, unaware that it will soon be a viral music phenomenon. 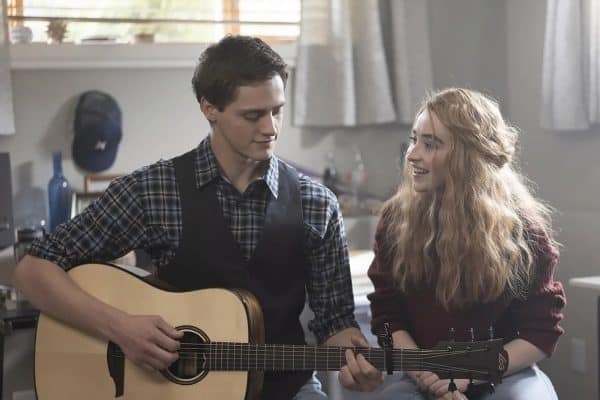 Early on in Clouds, Zach Sobiech (Fin Argus) overcomes nerves caused by both high school, social awkwardness, and his ongoing battle with osteosarcoma to ask his longtime crush Amy (Madison Iseman) out on a date. She says yes and they plan out a picnic. On the morning of that big day, Zach begins coughing up a storm while eating breakfast, much to the concern of his mother Laura (who actually wrote a book about her son that the film is based on, and played by Neve Campbell) who wastes no time taking him to the hospital, wherein there is so much danger to his lungs he is taken in for surgery without a chance to notify Amy, temporarily leading her to believe she was stood up. That’s also something that is entirely not like Zach.

Realistically, this is most likely an exaggeration of how it went down, but there’s also a shot of Amy set up in the park crosslegged on a blanket looking sad, and justifiably so considering she was a letdown. However, this speaks to something greater when it comes to people living with any disease or disability; your plans can go out the window within seconds momentarily confusing or hurting someone you actually care about. It’s a sentiment I saw on Twitter weeks ago from a disabled person and one that resonated with me also living with a disease, but furthermore, one that felt heartbreakingly realized within the first act of Clouds.

Clouds is clearly a passionate project Justin Baldoni, seeing as he has done some documentary work while the real Zach Sobiech was alive. Given that his previous directorial effort Five Feet Apart had some of the right ideas but lacked a degree of believability with how it’s suffering and frustrated teenagers act out, working with a story he is close to in-person (alongside a script from Kara Holden with story credits to Casey La Scala and Patrick Kopka) has rectified some of those faults, as whenever Zach (who learns his cancer is now terminal) lashes out at someone there’s an underlying distinction behind why. 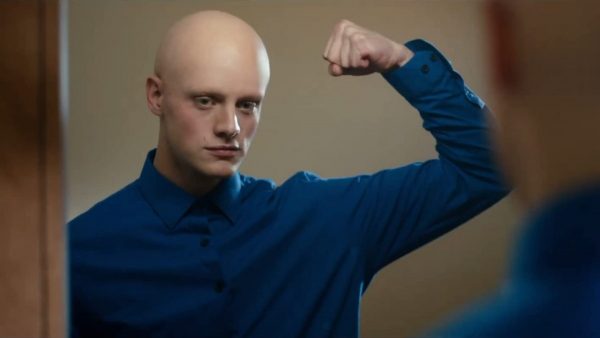 Fin Argus demonstrates a lot of pain and the fear of irreparably mentally scarring loved ones underneath a dark sense of humor that is both conveyed as performative humor so people don’t look down on him with sadness and also for his own sanity. Laughter is not necessarily medicine, but as a diseased person myself it’s difficult to imagine someone living a life like that without being able to laugh off bleak situations or insults (someone on the Internet makes a cruel joke that he’s not special for having cancer, which Zach spins into something less harmful, for both positive and negative reasons).

This comes at a time when his life is simultaneously nearing its end and drastically changing, as a song he records with childhood friend Sammy (a spirited Sabrina Carpenter when it comes to both emoting and singing) goes viral on YouTube, as it did in real life. Naturally, the songs are about the inevitable death of Zach, but sang with grace and optimism also with stirring emotion from Fin Argus, so much so that it’s easy to see how the music of Zach Sobiech became a phenomenon eventually having the number one song on iTunes. Zach also tells Sammy that he’s fine with the media coverage as long as his success is not some kind of sob story.

It could be argued that Justin Baldoni betrays those wishes since the last 30 minutes of Clouds will have people reaching for the Kleenex and probably pausing the movie at some point to run to the store and buy a new box before the ending. Admittedly, there is a handful of moments involving emotional manipulation here and there, especially for those of us that are unfamiliar with the real Zach’s life. As someone trained to shut this down as being nothing more than cloying exercises in tearjerking, I couldn’t resist the emotions overflowing from Clouds. It’s overblown, but on the other hand, it’s downright painful listening to someone try to inspire others on stage (which actually happened) while almost collapsing with those respiratory problems picked up on the microphone, essentially taking Zach’s vulnerability and condition to not only display it for his loyal crowd but shoving it in their faces as close as they could get to know what is going through without actually being able to feel it. Clouds is assuredly melodramatic, but it’s also effectively accomplished with a great deal of respect for its subject 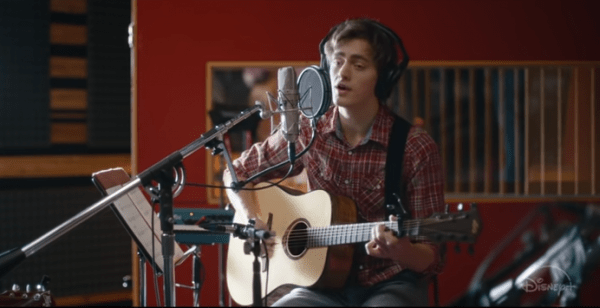 Aside from Zach’s condition, the narrative also has to juggle his relationship with Amy alongside the fact that Sammy has actually been crushing on him herself for quite some time. There is also some marital friction between his parents that is left a bit too unexplored, and most likely the thing Disney sanitized most upon acquiring Clouds from Warner Bros. (if they made any changes at all). Speaking of that, this is a movie premiering on Disney+ that has actually been granted an F-bomb or two, so you know it’s good if they really don’t want to change it around too much (not even Hamilton was allowed such an uncensored treatment). Lil Rel Howery also shows up as a jokester teacher with sage wisdom in the form of literary quotes and is once again a welcome presence for comedic relief.

That’s not to say Clouds handles every one of these plot threads succinctly, as it’s actually a quite messy movie that often resembles the torment Zach is going through facing certain death. More importantly, Justin Baldoni is aware not to create toxic love triangles or linger on the effects of the disease; even when Clouds reaches its inevitably devastating conclusion, it’s still more concerned with inspirationally finding happiness while staring death in the face. It’s a sob story indeed, but where Clouds goes right is giving viewers an equal amount of fighting and living with something substantial to take away from all of the schmaltz.