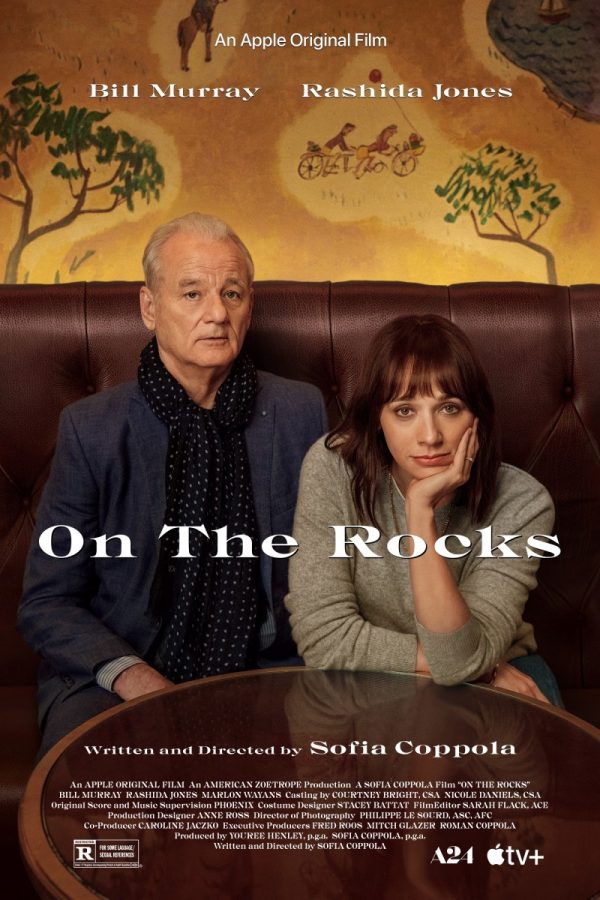 A mother reconnects with her larger-than-life playboy father on an adventure through New York. 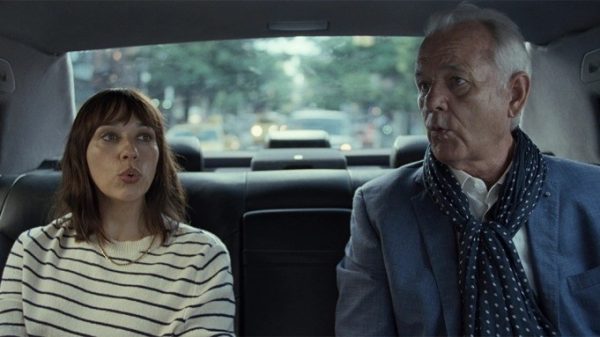 On the face of it, Sofia Coppola’s new film might appear to be her slushiest and least “essential” project to date, but thanks to a storming Bill Murray performance and an expectation-defying approach to familiar subject matter, On the Rocks proves an appealingly witty, laid-back sit.

Laura (Rashida Jones) is happily married to her hard-working hubby Dean (Marlon Wayans), and together they live in New York with their two young children. However, Laura becomes increasingly suspicious that Dean is straying from the home base with his gorgeous co-worker Fiona (Jessica Henwick), at which point her chauffeur-driven, jet-setting father Felix (Bill Murray) comes to town and suggests the pair investigate Dean’s behaviour together.

It’s a premise which could so easily serve as the primer for a mediocre studio rom-com – I’m having flashbacks to what little I remember of The Other Woman – and though this is certainly one of Coppola’s broader vehicles, it also comes cannily equipped with a deceptively subversive undercurrent.

Even if the matter-of-fact depiction of an achingly well-off family leaves you cold, Coppola mines high tension from the wavering uncertainty over Dean’s possible guilt – or as it might be, Laura’s paranoia. We know for sure that Dean is a pleasant yet inattentive man per his work commitments, but quite where Coppola is going with it doesn’t become fully clear until far later in the movie. 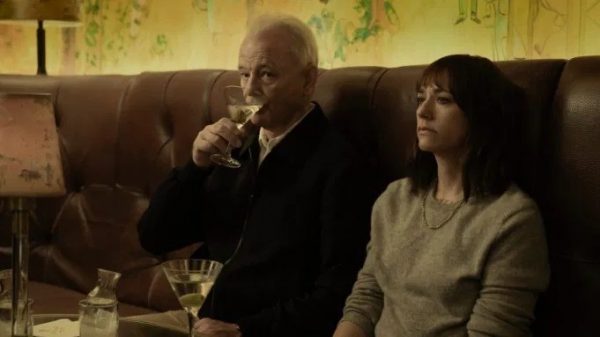 Many will surely tie themselves in knots trying to decode the film’s gender politics, which may at a glance seem to fly far from the fiercely feminist streak Coppola has demonstrated throughout her career.

This isn’t to say that Laura is an archaic or ill-fitting character by any means, but simply that her through-line is far more about quiet victories while living within the confines of a relatively “traditional” existence. The story is less concerned with Laura catching her husband in the act or getting revenge than it is her opening channels of communication and finding a greater balance in her life and relationship. She isn’t embarking on an acid-tongued rampage against toxic masculinity, but she nevertheless finds feminist self-actualisation in her own way.

There is a ridiculous fundament to the story – especially once Laura and Felix jet off to Mexico to spy on Dean’s suspect last-minute “business trip” – but this near-silliness is held firm by the endearingly prickly two-hander between Jones and Murray. Jones, having been long in search of a worthy leading movie role for herself, is an effortlessly sympathetic protagonist, not only per her marital strife but also in having to put up with her half-charmer, half-blowhard of a father, played with all the relish you’d expect by Murray.

The film pops to life when Murray shows up and it’s more-or-less his to own for the remainder, which is almost a shame given that he unavoidably wrestles the spotlight away from Jones through his sheer innate magnetism. While his work here isn’t any sort of substantial spiritual riposte to his Oscar-nominated work in Coppola’s Lost in Translation, it is an exceptionally entertaining piece of work all the same. 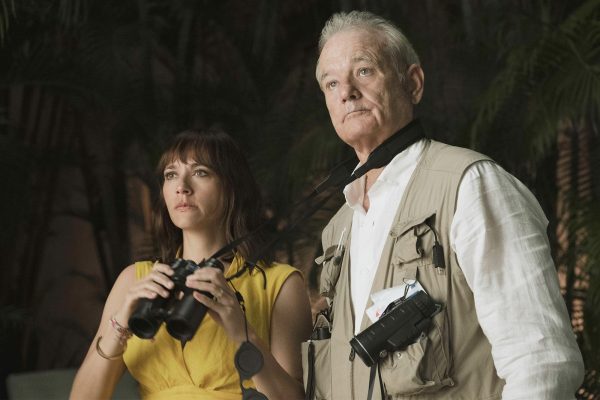 Murray braces Felix nimbly between being the sort of questionably flirtatious character who isn’t so favourable in today’s culture, and a man who is at least overflowing with enough wisdom about the agonies of life to not seem like a dinosaur overdue his extinction. Murray has been a master of flattened deadpan throughout his career, and it allows him to sublimate feeling just beneath the surface with a seemingly effortless ease – though one suspects it’s really anything but effortless.

In the supporting stakes, it’s great to see Marlon Wayans back in a quality project for the first time in forever – his superb turn in Darren Aronofsky’s Requiem for a Dream back in 2000 having suggested a very different potential career path for the actor. While far from a showy role, he plays the part with the carefully calibrated subtlety that it requires to keep the central mystery ongoing, the sort of actorly calculation most had likely forgotten he was even capable of.

Elsewhere, Jessica Henwick is striking in an admittedly wafer-thin role as Dean’s suspected lover, and Jenny Slate makes a fun-obnoxious interstitial cameo as a self-involved fellow parent who vomits her unsolicited stream-of-consciousness self-observations at Laura in all of her brief scenes.

On the Rocks isn’t awash in grand profundities nor does it bang the feminist drum in quite the way some may be hoping for, but with its grounded examination of modern marital dynamics, its well-drawn characters, and its sharp cast, it’s 96 minutes of breezy middle-brow entertainment.

A frothier joint than many Coppola fans will surely be expecting, but also quietly defiant in its own way, and performed with spritely glee by Bill Murray in particular.