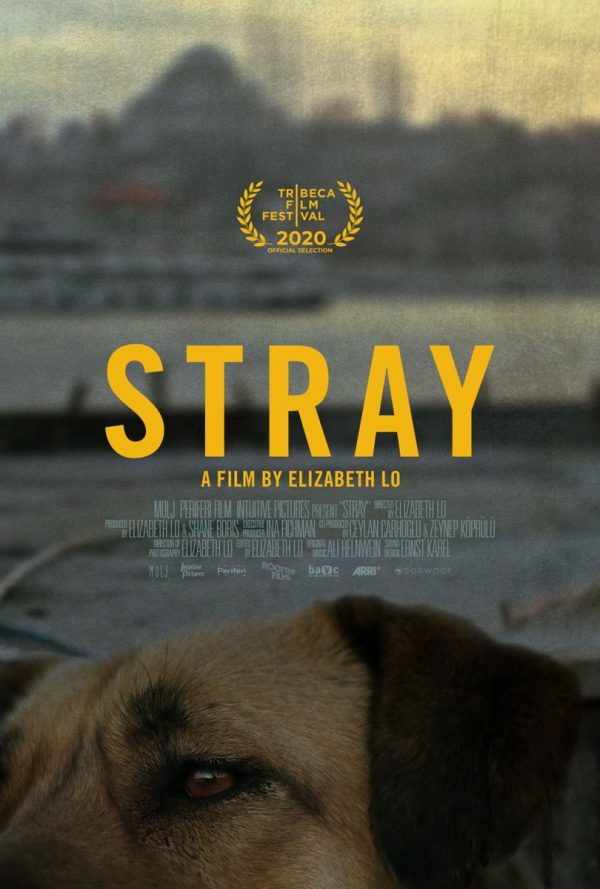 Filmed over a two year period, Elizbeth Lo’s shaggy dog story chronicles the life of Zeytin, a stray dog navigating the trials of life thrown at her on the streets of Istanbul. 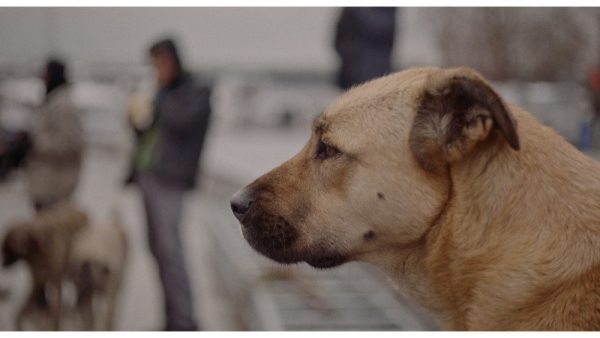 Disney’s 1963 live-action classic, The Incredible Journey, 80s TV treat The Littlest Hobo, or the many incarnations of Lassie down the years. None of those canine adventures are fit to sniff the butthole of Elizabeth Lo’s engaging, meditative ‘walkies’ around the streets of Istanbul with three stray dogs – Zeytin, Nazar, and Kartal.

Zeytin is our guide for the majority of this journey down back alleys and through abandoned buildings; a stoic, calm dog, whose aura is perfectly in-sync with Lo’s vision of lamplight tranquility and an off-the-beaten path existence. She quietly navigates life in such a way that you feel like you’re intruding on an existence driven by a desire to nurture and survive. Despite having to scavenge for scraps, she’s never begging for food, and in a canine society with large numbers of dogs, she’s quick to make friends. There’s a world-weariness to Zeytin, despite hints from some of the human ensemble that she’s a young dog, which adds to her enchanting presence.

Lo maintains an intimacy during the adventures, but never feels as though she’s intruding on any of the lives, man or animal. There’s only one occasion in which a new addition to the pack – the pup Kartal – appears to nuzzle up to the viewfinder, but the rest feels remarkably cinematic and beautifully framed. Often moments of peace, such as a sleeping Zeytin against the backdrop of an open doorway facing out onto the sun-kissed horizon, are stunningly captured. 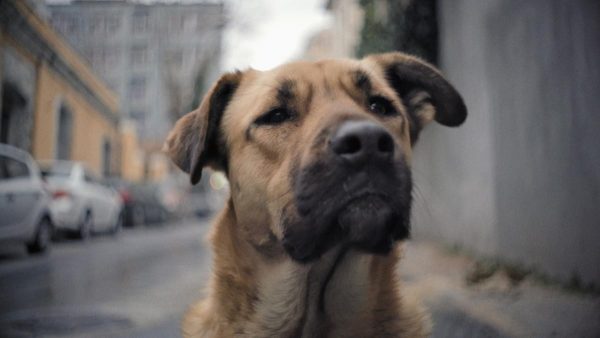 Stray is not just a dog’s life though, events intertwine with that of a group of Syrian street kids, who seem to have an established relationship with our protagonist. She occasionally sleeps in the derelict building where they reside, before they go their separate ways for a number of reasons, but the sheer joy in their unintentional reunion is the kind of delightful twist of fate that’ll have your heart doubling in size. They care for each other, and look out for one-another. As a world of protests and noise maelstroms around them, these unloved, invisible scrappers co-exist on the periphery of the world, in their own circle of life, and although it’s a tough existence, Stray depicts the shards of light to be found amongst the hard corners of these concrete streets.

A sumptuous life through a lens look at the world from the gaze of our four-legged friends, Stray is an incredible, intimate journey that plays out the trials of life in such a surprising and satisfying way. As a bonus treat, it also features the best scene in which a dog sings since Billy Joel warbled his way through Oliver & Company.