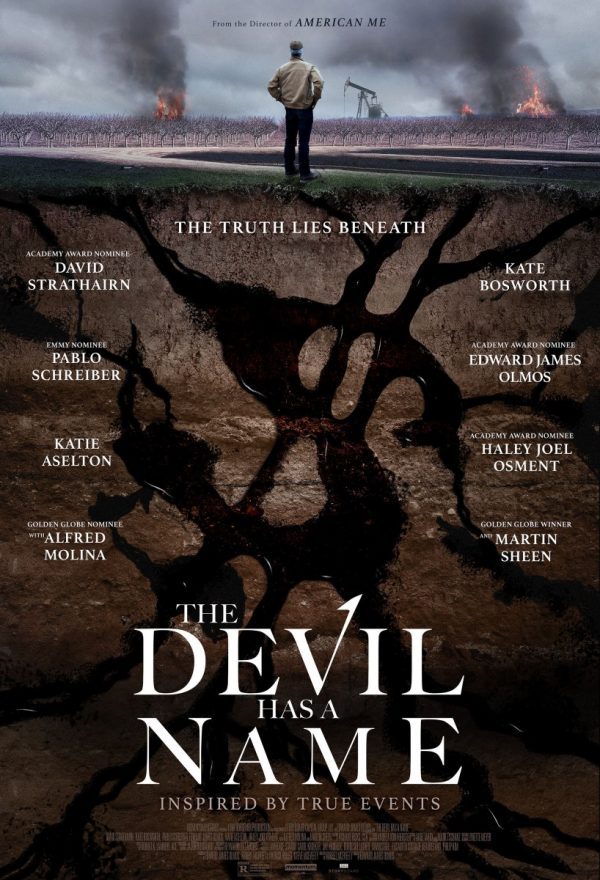 A psychotic oil matriarch leaves the whole industry exposed when she attempts to outfight a bullish farmer whose water has been poisoned. 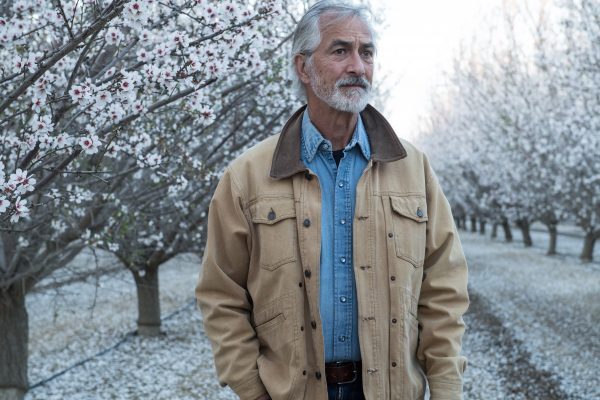 I commend Edward James Olmos for making a film tackling hot button issues such as corporate greed and screwing over the average citizen, but I’m also not sure what I just watched in terms of the bigger picture considering The Devil Has a Name is scattershot and disjointed. It’s the kind of legal thriller fixated on an uphill battle involving pawns and killers and misdirections and undocumented immigrants and grieving that it loses itself trying to characterize any of these people. At least the notion of supporting a smalltime farmer that has had his groundwater contaminated by a filthy rich and scummy oil company, potentially starting a revolution and sticking it to them is something to go off of.

That would be Fred (David Strathairn), who for roughly 10 years unknowingly had his small California farm groundwater contaminated after being coaxed into a buyout deal at the hands of schemers played by Kate Bosworth and Haley Joel Osment. The former is more ruthless whereas the latter is clueless and in over his head when it comes to the scamming. The film also opens in medias res where details of the courtroom battle are being presented to the head of the oil company lazily and simply known as The Boss and played by Alfred Molina. Elsewhere, Pablo Schreiber is introduced with a speech impediment before revealing that his goal is to basically threaten Fred into pulling back on the lawsuit. He hasn’t just enlisted the services of one played by Martin Sheen to make a settlement; no, this is about taking the corporation down, or slaying the dragon as he puts it. Edward James Olmos also makes an appearance himself as Fred’s longtime friend Santiago, an undocumented immigrant actually running the farm that eventually leads to a dynamic that doesn’t really have much of anything to say somehow. 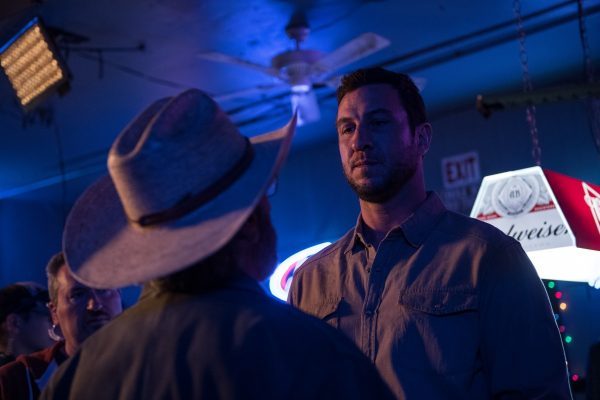 There is a devil here, but rather than identifying it as a character in the movie, fingers should be pointed at scriptwriter Robert McEveety, who is jumping all over the place here that it’s hard to really dig into anyone’s motivations beyond the surface level synopsis. Of course, it gradually grows more complicated but to a fault without having strongly defined characters. The film clearly wants us to sympathize with these poor farmers being taken advantage of at the hands of slimy corporations, but it’s also caught up with Pablo Schreiber getting all abusive and Kate Bosworth wearing a fur coat relaxed as cool as a cucumber walking us through flashbacks and the aftermath of the trial. The courtroom drama itself also falls flat.

There’s also a number of instances where seemingly important events are just glossed over, namely a fire set to the crops. It is a situation ripe for impressionable photography due to the beautiful flower trees and the rural land itself, but the sequence lasts all of 30 seconds. The friendship between the farmer protagonists is warm and has a history to it (especially given that Fred lost his wife to a terminal illness but had his dear friend Santiago by his side), and their battle and struggles should unquestionably be the primary focus. 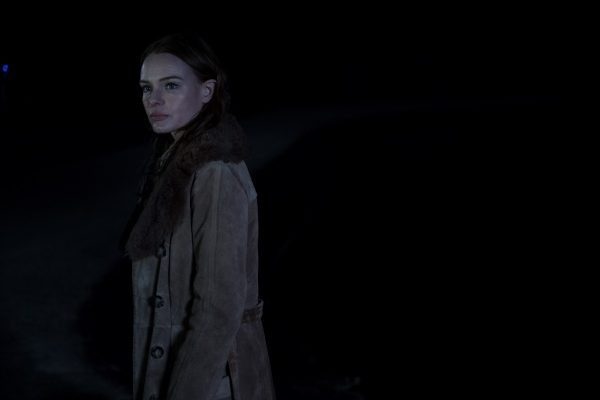 However, The Devil Has a Name has no clear focus or crystallized idea of the story it wants to tell beyond the simplicity of the workingman is good and oil companies are evil. It’s also a fairly common message requiring a more profound angle or fleshed-out characters to rise above functioning as an obvious tale, or even some impassioned anger to it. There’s no energy to it aside from an unexpected iron maiden needle drop, but upon realizing what song is blasting, it comes across as groan-inducing rather than inspired. Admittedly, the actors try, it’s competently shot, and it’s most definitely watchable, but it’s also instantly forgettable and incoherent.