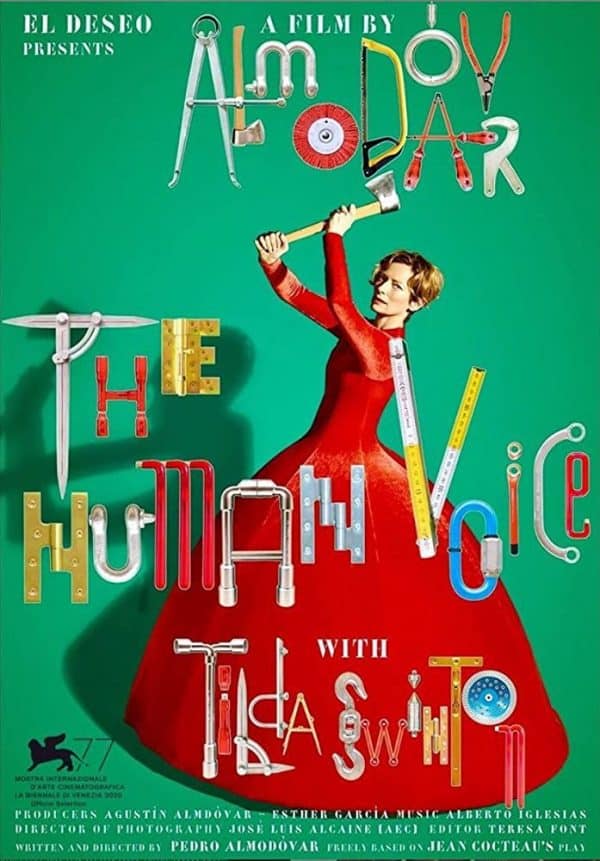 A woman waits for a phonecall from her ex-lover of 5 years, after he has recently left her. 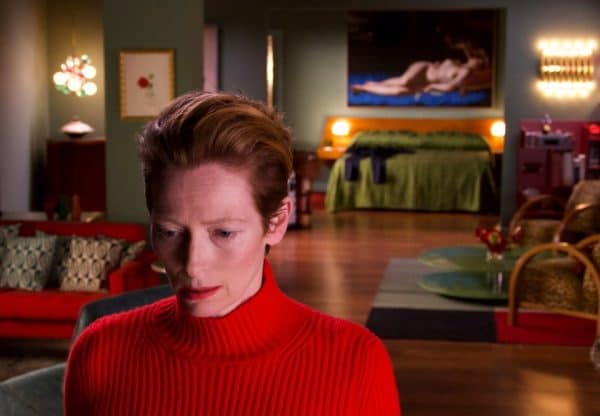 In 1930, Jean Cocteau’s monologue The Human Voice premiered at the Comedie-Francaise. The piece at that time would have seemed dazzlingly experimental – an audience for the first time seeing half of a conversation, only hearing the input of the unnamed woman on stage alone. In a modern English language update, director Pedro Almodovar retains the unique nature of the piece, common though it may be for us to see characters on the phone in films. The hampering wired handset is traded for Bluetooth headphones, with the ever excellent Tilda Swinton stepping into the role. Perhaps not so much of an experiment into the limits of the medium as Cocteau’s original piece may have seemed, Almodovar’s screen version is nevertheless a fascinating short watch.

This adaptation of The Human Voice feels somehow effortlessly perfect, given who is at the helm. Almodovar’s work regularly features exploration of the plight of wronged or emotionally struggling women. His 1999 film All About My Mother harks back to a slew of old Hollywood masterpieces that saw female characters weather tragedy and hardship, or make incredible sacrifices for the betterment of the lives of their loved ones, films like Kitty Foyle, Stella Dallas and Mildred Pierce. Indeed, Almodovar’s early career masterpiece, Women on the Verge of a Nervous Breakdown, actually takes Cocteau’s play as its inciting stimulus. With each film in his oeuvre, even up to the most recent Pain and Glory, Almodovar takes nostalgic themes and fits them to the modern day. His effort here is no different: despite the inherent theatricality of the speech, the director keenly demonstrates the necessity for this piece to be released at this very moment in time, and to be done so on screen. 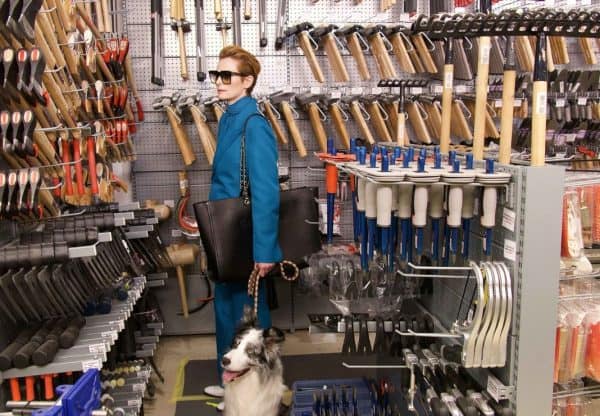 In typical Almodovar fashion, the disparate pieces come together to form something astounding. The production is vibrantly coloured, screaming of the passion of the tortured protagonist. Playing the unnamed role, Swinton is superb. Known for her subtly of expression (the actor won an Oscar for playing a quiet control freak in 2007’s Michael Clayton), as well as larger than life character acting (see The Lion, the Witch and the Wardrobe, The Grand Budapest Hotel, or Snowpiercer), Swinton is perfectly cast in a character that demands exactly this range of talent. The result is undeniably melodramatic, but in Swinton’s delivery it is passionate and affecting, rather than over the top.

The woman in this short is wounded and love struck, and most of all she is desperate. In the hands of another director and actor, a less acutely sensitive pair perhaps, this character could seem weak. She could have become detestable through pity, unidentifiable for much of the audience for whom the modern woman is not defined by a relationship with a modern man. But here, the character is honest, left with no options but to fight for their love. In this respect, the writing contains little subtext, the performance few layers. The piece lives through the logical and compelling thought journey Swinton’s character rockets through, imbued as it is with relatable love sickness.

Few directors could successfully translate this theatricality to screen and manage to bestow such importance, and such feeling, into 30 minutes. In producing his first English language piece of work, Pedro Almodovar proves, once again, his status as one of the greatest living directors.