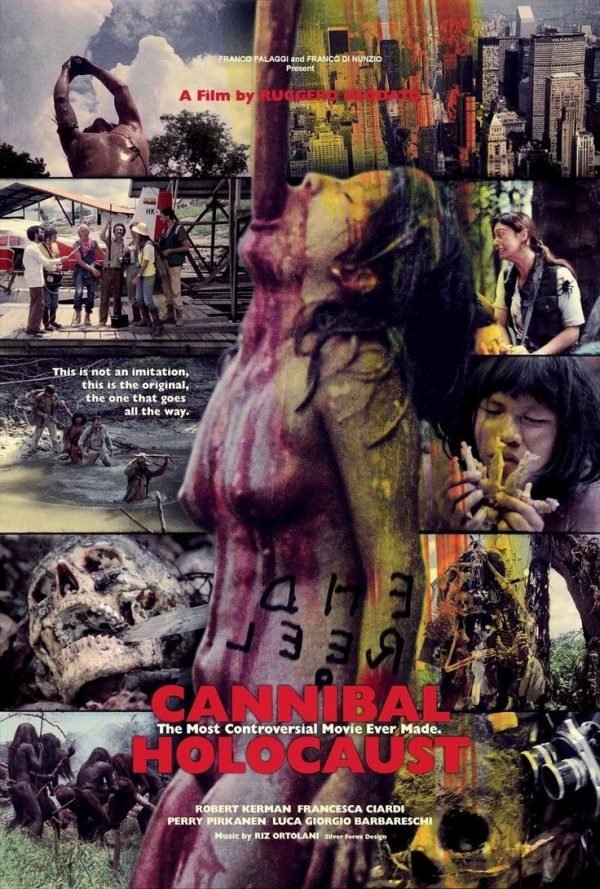 After a documentary crew go missing in the Amazon Jungle, an anthropologist ventures into the jungle to search for them. What he discovers is far more horrifying than he could have possibly imagined. 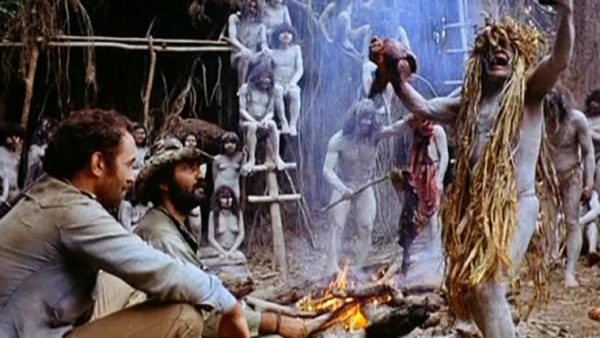 Found footage is a genre that I have discussed often in past reviews, and, although I regularly complained about it, I admit that my feelings towards it have somewhat softened over the years, particularly after re-visiting old favourites or discovering new ones. However, it’s time to find out where this sub-genre started. This brings me to Ruggero Deodato’s Cannibal Holocaust, not only the first found footage film but also one of the most controversial and notorious films ever made.

Banned in several countries for decades after its release and considered so violent and realistic that its director had to prove to a court that he didn’t murder his cast. It’s safe to say that Cannibal Holocaust is a film with quite the reputation to live up to. So with this in mind, it falls to me to answer two key questions; does Cannibal Holocaust live up it to its reputation? And, perhaps most crucially, is it any good? The answers are simple; yes and no.

The description of the film as being found footage is not wholly accurate, in actuality only about half of the runtime consisting of found footage with the remainder filmed conventionally. 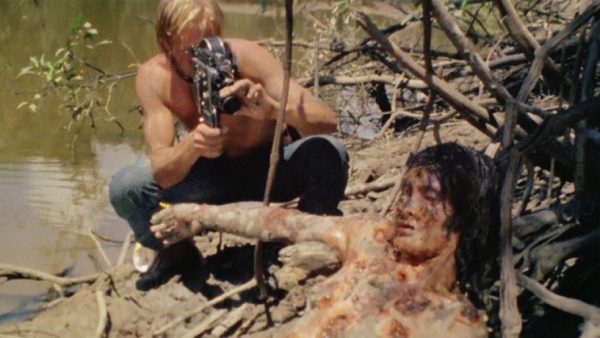 The first half follows anthropologist Robert Kerman as he treks into the Amazon jungle to find a missing film crew and bring back their footage. This half of the film is a taster of things to come. It’s a gruelling chore as we follow a group of unpleasant characters (except for the otherwise decent Kerman) on a trek through a hot jungle with episodes of racism and increasingly extreme violence. The violence in question includes a vicious rape and murder that, despite Kerman attempting to intervene, is allowed to carry on uninterrupted. It’s graphic and overlong nature making your stomach turn and perhaps leaving you questioning your decision to watch. The first half also gives us our first scene of animal cruelty (all of which is real) in which a small muskrat is butchered on camera.

At around the halfway point, the film changes gears and turns into a found footage film as Kerman and co watch the film reels shot by the lost documentary crew. To the film’s credit, the presentation of the segment is impressive. The gritty handheld camera work, the worn-out yellow tint of the film stock, complete with missing frames and scratches, making this half look and feel like it has been left to bake in the heat of the jungle. And the images contained within are horrific. The already brutal violence of the film is, perhaps due to the more realistic visual style, made more disturbing. Particularly a vicious gang rape that goes on for what feels like an eternity as the film crew captures the event like some kind of sick memento. Of course, we have more scenes of animal cruelty, with the “high point” being an overlong and graphic scene of a turtle being butchered. 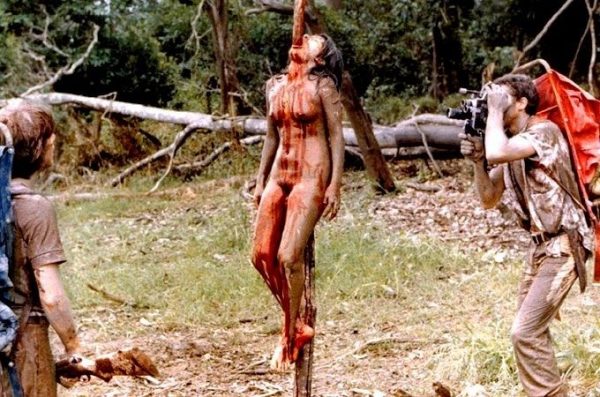 The special effects, to their credit, are convincing. The scenes of butchery succeeding in making you feel repulsed and certainly making it perhaps understandable why some were initially convinced that this was a genuine snuff film. It’s all very unpleasant stuff to watch, but at least the scenes of human death are all fake. I’m not an animal rights person or even a great animal lover, but I couldn’t help but be disgusted by the animal cruelty on display. It’s just unnecessary and quite frankly, the film deserves all the condemnation it gets for it.

While I’m on the subject, critics of Cannibal Holocaust are often accused of hypocrisy when criticising the animal cruelty. Condemning the animal slaughter here while turning a blind eye to animal slaughter in acclaimed films like Apocalypse Now. For my money, I don’t care what film it is, there is no need to film the real slaughter of animals. If you can fake human death, then you can easily fake animal death, so just do that.

The overwhelming violence and cruelty are presented as a form of social commentary about sensationalism in the media, critiquing the old adage “if it bleeds it leads”. Deodato himself has stated that this was his intention after being inspired to make the film by what he saw as overly violent Italian news reports about terrorism, some of which he believed might have been staged. 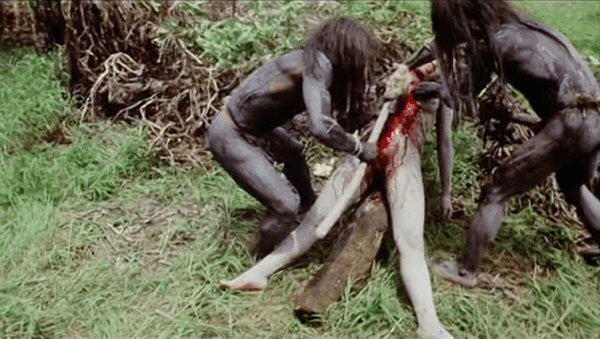 While it’s certainly an interesting angle to present, the extreme nature of the violence and the apparent revelry that the film seems to take in it ironically undermines whatever satirical message it had. Think about it, if you think about Cannibal Holocaust you don’t think of it as being a scathing satire about sensationalism in the media. You think of it as a film notorious for being so violent and gory that its director ended up in court.

If there is one thing that I have nothing but praise for about this film, it’s the music. Composed by Riz Ortolani, the score is a mixture of soothing melodies and powerful strings that add a necessary dramatic heft to the more painful moments. The opening theme, in particular, is an unnervingly relaxing piece. Letting you ease into the film gently before the horrors start, while also providing a darkly ironic score to later scenes of villages being destroyed.

While it’s certainly earned its reputation as one of the most notorious films ever made, I can’t in good conscious recommend Cannibal Holocaust. It is an overly violent, overlong, unpleasant and frankly, dull chore to watch. While one could argue about its merits as a piece of satire, the scenes of gratuitous sexual violence and animal cruelty undermine whatever point the film was trying to make. 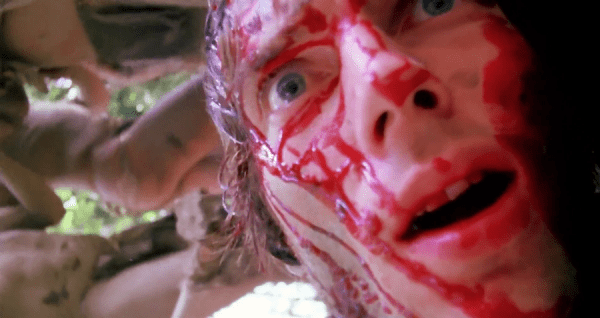 I admit, after hearing about its reputation for so long, I watched this film to satisfy my morbid curiosity. Now that I have seen it, I don’t think I’ll watch it again. Check it out if you have that same curiosity (and a strong stomach) but otherwise give it a miss.