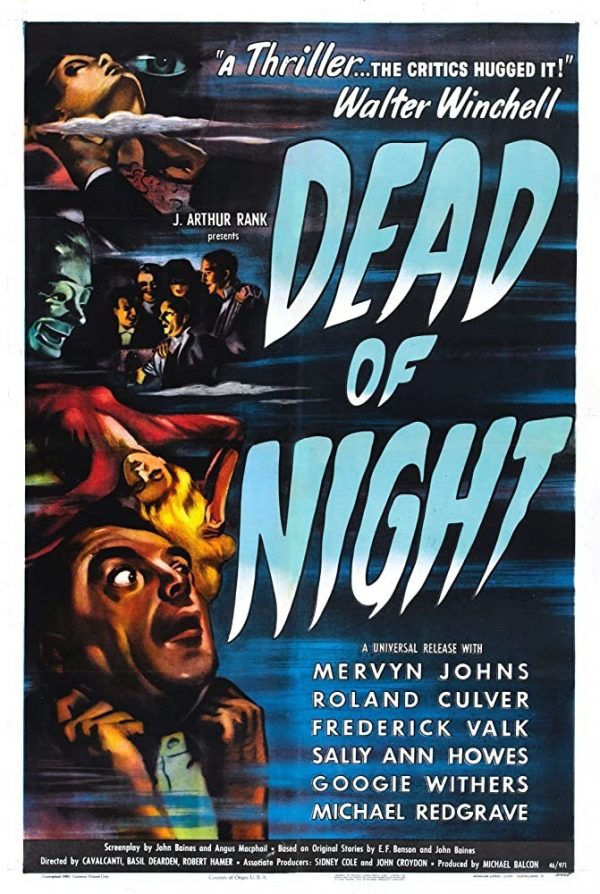 A man suffering from a recurring dream finds himself arriving at a country house to find it becoming a reality. In an attempt to understand his dream, the house’s guests each, in turn, tell a story of their own experiences of strange possibly supernatural occurrences. 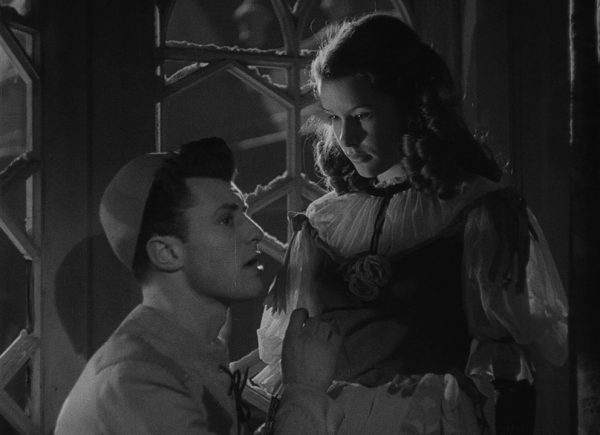 The 1940s were a boom time for horror films with the likes of the Universal Monsters in full swing and other studios beginning to dip their toes into this lucrative genre. However, this was in Hollywood. In the UK, horror films were not only a rarity at this time, but during the Second World War, their production had been banned. One of the first British horror films made following the end of the war was the creepy and influential anthology Dead of Night.

As this is an anthology film, this review will be split into parts covering the individual segments, mainly out of convenience but also to save this review from being longer than Exodus.

The framing segment is your usual anthology set up. We have a room full of strangers, albeit eerily familiar strangers who then tell various spooky stories of supernatural strangeness. The same thing happens whenever I go to my mothers for Christmas. The acting from the cast is fine although it is, to put a strange way, very 1940s and very British. No joke, but every character speaks in this cut glass ‘Jolly good old bean’ upper-class accent that you learn at a posh drama school or by hanging out with Jacob Rees Mogg. The framing segment does its job at setting up the venue by which the rest of the film plays out against, although it all feels far too cosy and polite. Honestly, it feels less like an evening of spooky tales and more like a pleasant afternoon tea at the Vicars house, if the Vicar also told ghost stories. 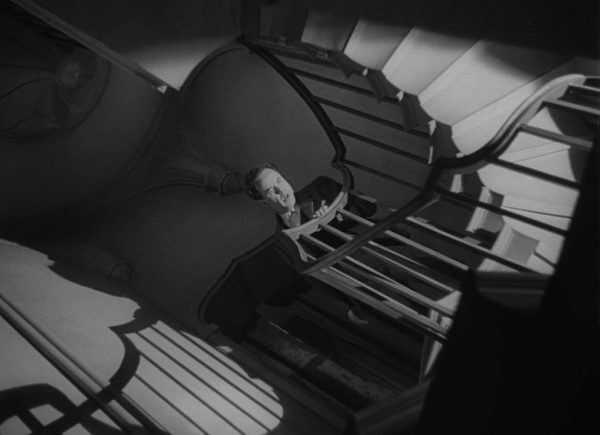 The first story “The Hearse Driver” follows a race car driver who, following a near-fatal accident, has ominous visions of a hearse driver. This is probably the worst segment, featuring a story that, while perhaps original for the time, would be done many times and much better in later works. It isn’t scary in the slightest either and it’s over so quickly that you question why they even bothered including it.

The second story “The Christmas Party” follows a young girl who has a ghostly encounter during a game of Sardines. A much stronger segment than the first, its old country manner at Christmas setting being perfect for an old school ghost story. Add in a gloomy visual style full of shadow-filled attics and you have yourself a decent tale that, while not scary by modern standards, is enough to keep you on your toes.

The third story “The Haunted Mirror” does what it says on the tin. In a plot that is an anthology staple, a man begins to see terrifying things in his new mirror. I can relate, although the only scary thing I ever see in my mirror is my reflection. This segment is a strong one, boasting an engaging performance from Ralph Michel as a man slowly going mad, complemented by a sombre tone and culminating in a scene of, for the time, shocking violence. 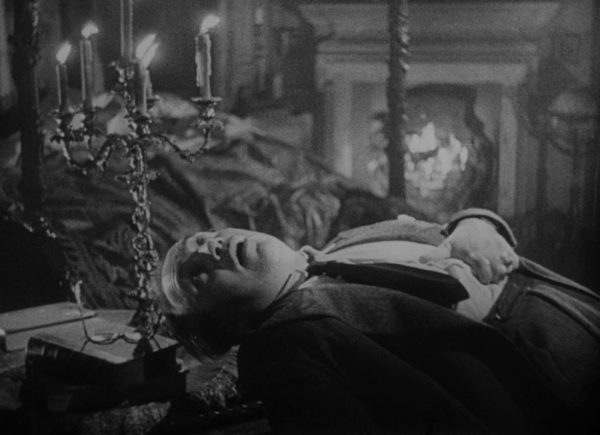 The fourth story “The Golfer’s Story” concerns, surprise surprise, golf. This segment feels very out of place, mainly because it’s not a horror story at all. Instead, it’s a comedy in which two men resolve a love triangle with a game of golf. This made all the weirder by the fact that the woman they share is pretty enthusiastic about the idea.

This segment is weird in that, for the most part, the tone is rather silly and full of corny outdated jokes. And then suddenly it’ll switch gears and turn surprisingly dark, such as when one of the men drowns himself. Then, after showing us suicide, it turns back into a silly comedy. This segment is frankly crap, but, for some reason, I couldn’t help but find its bizarre off-key brand of dark comedy rather charming.

The final story, however, is the real reason to seek this film out. Titled “The Ventriloquist Dummy”, this segment is the darkest and, by far, the best, telling an unsettling story of a ventriloquist wrestling for control against of his (possibly living) dummy Hugo. The brilliance of this segment is down to the haunting manic performance of Michael Redgrave, his increasingly crazed eyes and pleas to his Hugo being as tragic as they are creepy. That and Hugo has been haunting my nightmares for months now. 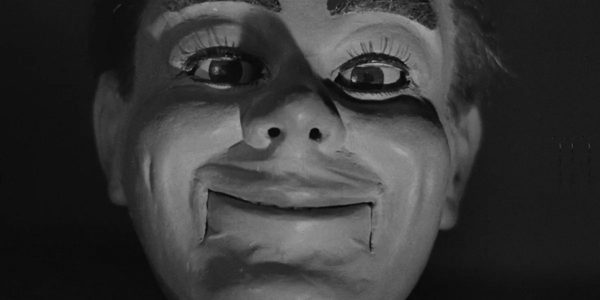 The finale, in which all the previous segments coalesce around our protagonist, Walter Craig, in the framing device is a decent ending. Again, it’s Hugo that steals the spotlight, coming to life to attack Walter, with the scene made all the more freaky by the frozen grinning faces of his fellow cast members. The close to the film though is a bit damp squib with it resorting to a stock “it was all a dream. Or was it?” type of ending that, while perhaps not cliched at the time, has since become a lazy crutch for films to rest on.

Dead of Night might not appear to offer much to modern audiences or deserve its rather lofty reputation as a favourite among cinephiles. However, the strength of the brilliant final segment and its unsettling atmosphere make this mixed bag of a film ultimately well worth the watch. Check it out if you’re curious, but maybe skip ahead to the Dummy.