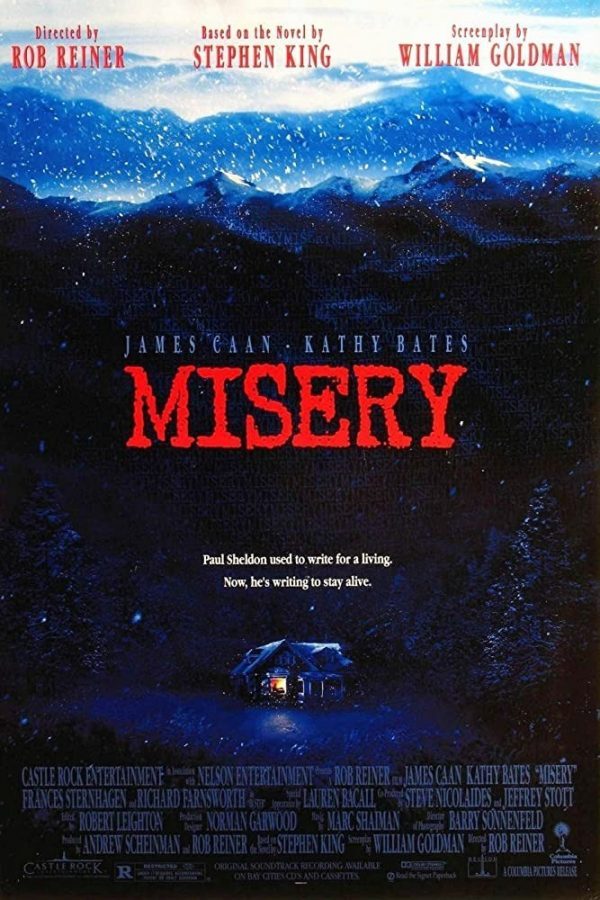 After a car crash, successful novelist Paul Sheldon is rescued by Annie Wilkes, an eccentric woman who is Paul’s “number one fan”. As he recovers from his injuries, Paul quickly discovers that far from being rescued, he is now a prisoner for the increasingly disturbed Annie who soon demands that he resurrect his most popular character, or else. 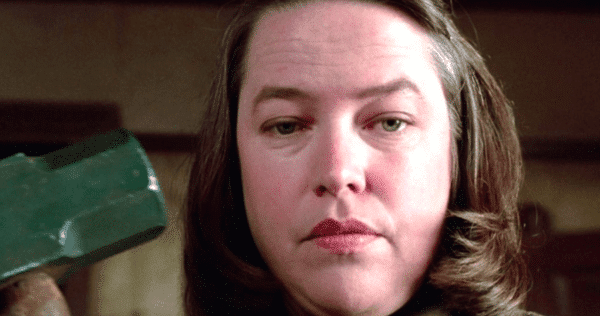 In the mid-80s, Stephen King had become frustrated with being known as a “horror author”. So, as a change of pace, he wrote The Eyes of the Dragon, a fantasy epic. The fans didn’t like it, with some of them being furious that King would dare write what he wanted instead of what they wanted. So, in response to this backlash, King wrote a novel in which a writer, keen to break free from typecasting, meets his most devoted fan. This novel was adapted into what is one of the best adaptations of any of King’s works; Rob Reiner’s . 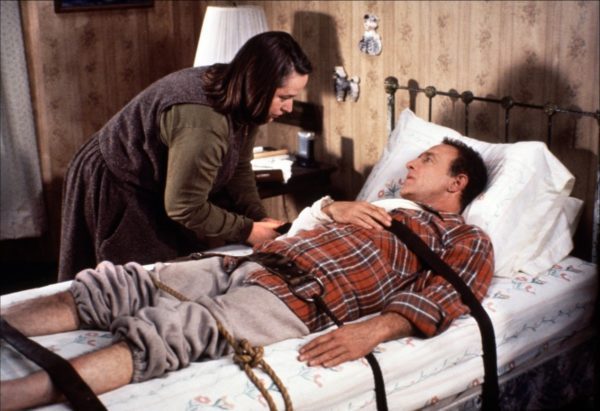 Annie is a fascinating character because of the myriad of emotions she stirs. Initially, she is a manic, but seemingly harmless, eccentric. Cooing and cheering about her love for the cheesy Misery novels, grandiosely describing them as ‘divine’ with her enthusiasm hilarious as it is infectious. Yet, when she is unhappy, Annie is the embodiment of every obsessive nightmare fan. Her anger at the way her beloved Misery meets her end rising to the point of violence, demanding that novelist Paul Sheldon resurrect the character, no matter how convoluted the explanation and regardless of his desire to do anything but write more Misery.

Crucial to the success of Annie’s portrayal is Kathy Bates’s outstanding Oscar-winning performance. Bates makes the character come alive, making you laugh at her childish “curse” words like “Cockadoodee” or phrases like “Oh Poo”. She tugs at your heartstrings when she talks about her loneliness and the comfort she found while reading the Misery novels, making the character somewhat relatable and sympathetic. Yet, Bates trick is to play it in such a way that you can still see that little glint of madness lurking behind her wide smile. Then, once your guards down, Bates succeeds in making you utterly shit yourself as she barges in screaming and rattling Paul’s bed in the dead of night, her manic energy giving way to nerve-shredding madness, her smile now a source of menace. 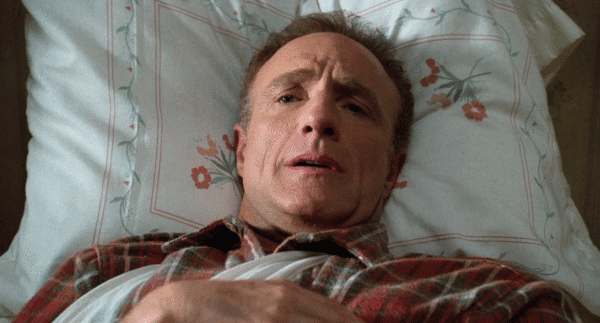 The only issue with Bates’ performance is that, because it is so show-stealing, it leaves James Caan, as novelist Paul Sheldon, somewhat overshadowed. Nonetheless, Caan is brilliant, full of dry humour, witty one-liners and wearing a near-permanent terrified expression, Caan gives a highly understated turn that acts as a fitting contrast to Bates more manic larger than life performance.

Although taking place mostly in a single location, the film is never dull. The scenes in which Paul and Annie spent time together while perhaps quiet or pleasant always possess a deeply uncomfortable atmosphere. The tension rising in the fear that at any moment, she might just flip her lid and hurt him in some horrific fashion. The scenes in which Paul attempts to escape his new prison are almost heart-attack inducing, the tension reaching eye-watering levels as we fear at any moment he might be caught. Your nails chewed to the bone and your clothes soaked with sweat as every escape attempt results in some kind of near-miss. 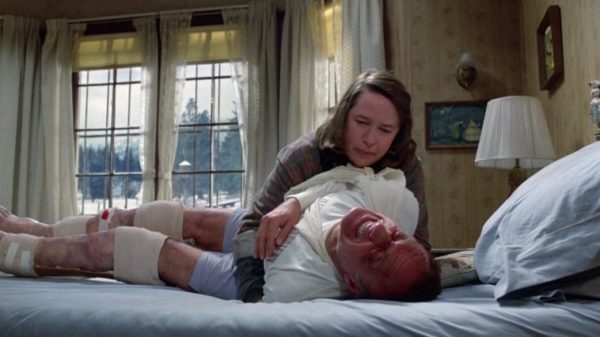 And then, there is the ‘hobbling’ scene. I’ve seen a lot of gruesome sights in my years a horror fan; heads exploding, decapitations, aliens erupting from chests with bone-cracking ferocity and Johnny Depp being turned into a bloody geyser. Yet, none of those gory sights had me ever gritting my teeth and looking away from the screen in horror as much as the ‘hobbling’ scene. A moment in which, to prevent further escape attempts, Annie decides that Paul’s feet need to have an urgent meeting with a sledgehammer. It’s a short scene, but God does it stay with you for days.

What struck me most about Misery, aside from a sledgehammer to the feet, is how well the stories themes have aged. Annie’s command that Paul writes a new Misery novel doesn’t seem outlandish when you remember the angry fans who demanded that The Last Jedi be stricken from the Star Wars canon or that the final season of Game of Thrones should be remade after disapproving of their narrative and character developments. The internet is full of modern-day Annie Wilkes, all keen to express their undying love and devotion to their own ‘Misery’, yet quick to heap toxic levels of bile upon that same thing when it doesn’t conform to their expectations. The trope of obsessive fandom, while prevalent when the novel was written, is arguably more potent than ever. 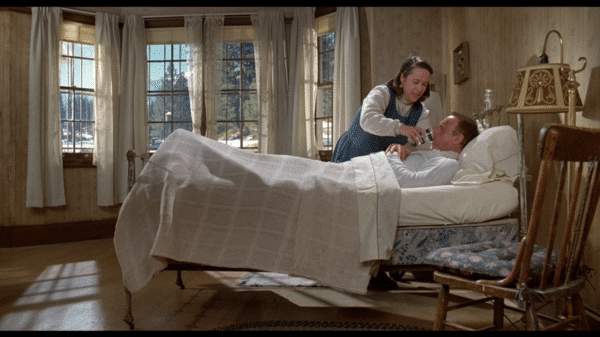 Kathy Bates terrifying lead performance, a gripping story that will utterly destroy your nerves and themes that feel more relevant than ever, ensure that Misery, while perhaps not the most horrific or outlandish among Stephen King adaptations, is easily one of the very best.