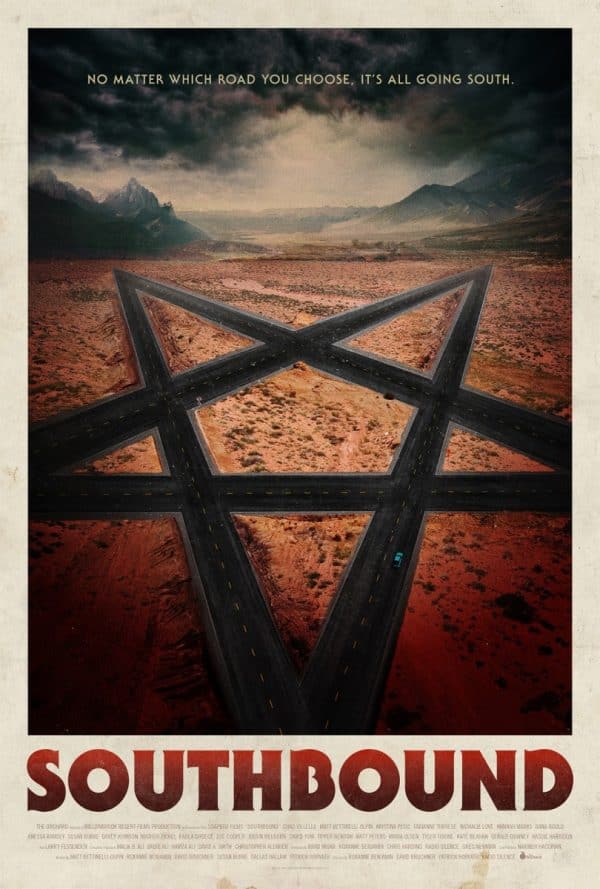 An anthology tale in which five strangers are each forced to confront nightmarish horrors and their own dark pasts on a lonely desolate highway.

Everyone loves a road trip. The hours-long drive trapped in a metal box with your friends and/or children who you quickly come to despise as they scream about needing to stop to pee and/or vomit, sometimes while peeing and/or vomiting all over your seats. All the while, a terrible playlist of your spouses favourite awful pop songs gnaws at your remaining patience to the point where you seriously contemplate driving off a cliff to end your misery. Away from sweet dreams of vehicular death, the open road is also a favourite location for horror, what with its tales of psychotic hitchhikers, murderous truck drivers or just general weirdos you encounter in those lonely diners peppering the empty landscapes. Thankfully, we have a film that takes the horror inherent in the open road and runs with it, the brilliant anthology horror Southbound.

Generally, anthology films wrap their stories around a framing device such as a campfire in which everyone shares scary stories or employ a spooky narrator who invites a gallery of characters to sit down and hear his horrific tales that suspiciously connect to their lives. Southbound, however, takes a novel approach. It doesn’t bother with a framing device at all. Instead, it throws you straight into the first segment, which we join in progress with our characters on the run from something sinister. There is a narrator of sorts in the form of ‘The DJ’ a radio host (voiced by cult horror film-maker/actor Larry Fessenden) who chimes in with occasional cryptic ruminations that may nor may not relate to our stories. 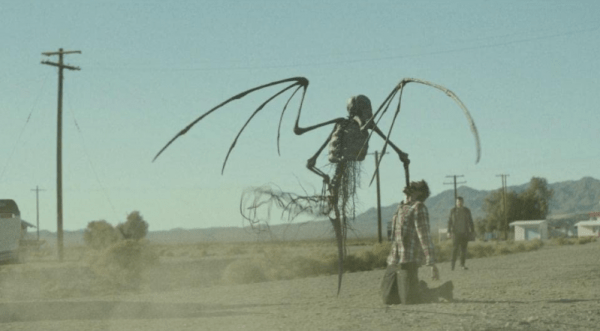 Southbound tells five different stories that take place on the vast emptiness of the open road and all the weird wonderful and terrifying sights lurking along its edges. The segments are helmed by a host of different directors (with directing team Radio Silence taking the reigns on the first and fifth stories). While one might think that the multiple directors would result in a nightmare of clashing styles and temperaments, surprisingly, this is not the case. The transitions between stories are flawless, moving from one into the other so seamlessly that you’ll barely notice it. Any potential jarring clash in directorial style is avoided as the directors are clearly working in tandem to maintain a consistent approach throughout, while still managing to bring their own unique quirks to proceedings.

One difficulty that arises from reviewing Southbound is that, unlike most anthology films, the stories themselves run so close together (with one literally running into the other via a car accident) that it’s near impossible to discuss them individually without spoiling things. However, what I can reveal is that in a rarity for an anthology, every single one of the five stories is brilliant in their own way, with even the weakest among them still being pretty damn good, and leaps and bounds above the worst of other anthologies.

The individual stories (again without spoiling too much) offer us a terrific variety of horror stories, ranging from quiet domestic horror, ticking-clock suspense and a more overtly supernatural tale. Although, I personally liked the small suggestions littered throughout that there is a whole other level to these stories that we aren’t seeing, with it hinted that our characters have maybe been and done all of this before and that something bigger and more sinister is at work.

The acting from the various performers is pitch-perfect with each managing to commit to the sometimes bizarre and grisly premises, the performances ranging from sinister to sympathetic, tragic to darkly hilarious. The second segment, especially, stands out due to Susan Burker and Davey Johnson, whose portrayal of a friendly married couple is chilling, their perpetually cheery and helpful demeanour only serves to give you a rather unpleasant feeling in your gut. You know they’re up to something, you just don’t know what. 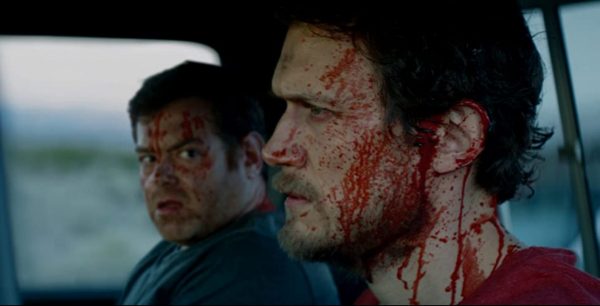 Southbound is a film that demands multiple viewings. The re-watches reaping fun little rewards as you try and spot the links between the stories. Perhaps the most obvious is trying to catch sight of these strange shadowy creatures who, while only playing a role in the opening and closing segments, are always seen lurking in the background of the others. Watching and waiting.

Boasting a roster of intriguing and frightening stories with nary a weak link among them, Southbound is a ferociously entertaining take on the anthology format and possibly one of my new favourite horror films. Suffice to say, this one comes highly recommended. Check it out. Now, hopefully, we can get ourselves a sequel.