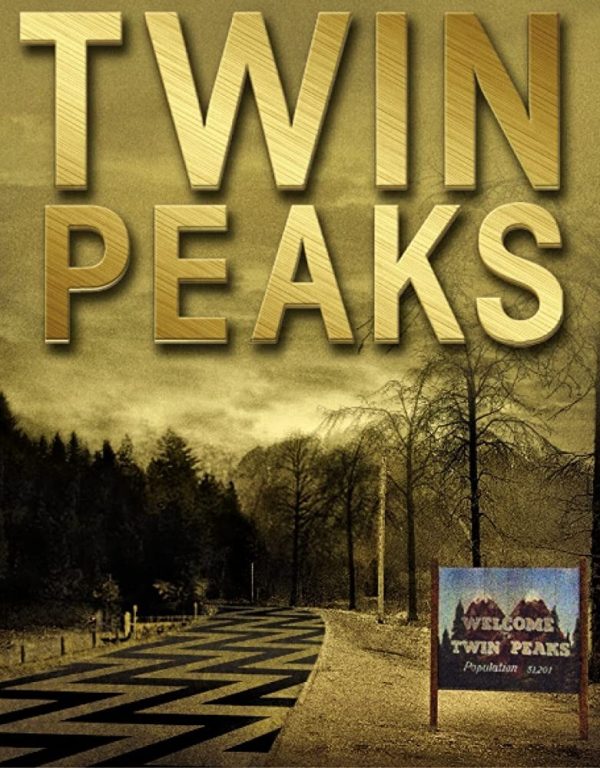 The town of Twin Peaks is struck by tragedy when prom queen Laura Palmer is found murdered. To aid the local police in solving the murder, FBI agent Dale Cooper is sent to the town, uncovering a dark web of secrets and lies. 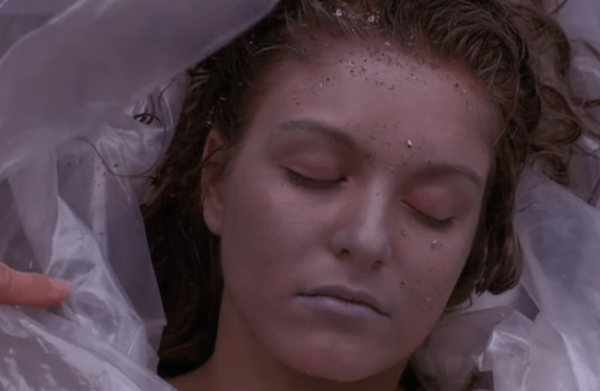 Thirty years ago television viewers were introduced to Twin Peaks, a small quirky town whose quiet existence is interrupted by a brutal murder. So begins one of the most surreal, inventive and influential shows ever to grace our television screens. So check yourself into the Great Northern Hotel, grab yourself a slice of cherry pie or, if you prefer, a damn fine cup of coffee and join me as we take a trip into Twin Peaks.

Twin Peaks is a town populated by a large ensemble cast of greedy hoteliers, quarrelling families and quirky log carrying oddballs. Among this sprawling cast of weirdos, the most engaging character, is, ironically, an outsider; FBI agent Dale Cooper a man whose deductive brilliance is matched only by his baffling eccentricity. 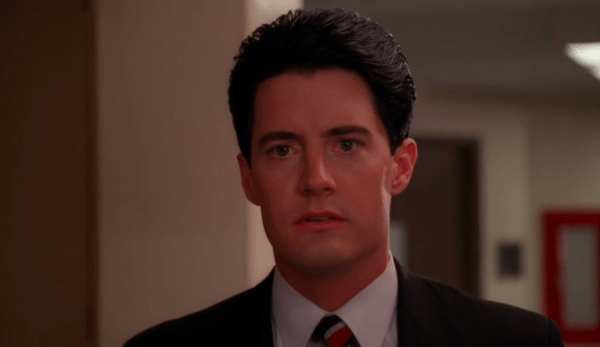 Regularly ruminating about ‘damn fine’ cups of coffee and cherry pies or wowing the locals with his bizarre detective skills where murder suspects are identified using dream analysis and Tibetan mysticism, Cooper is the glue that holds the show together. If portrayed by a lesser actor, Copper could have quickly become irritating, his oddball nature grating on the audiences patience. However, in the hands of Kyle MacLachlan, the character instead comes off as whimsically charming, winning you with his infectious ‘can do’ attitude.

With such a large cast and myriad of plots, trying to talk about each one individually would take this review as long to read as it does to actually watch the series. However, it is Ray Wise as Leland Palmer, the father of the murdered Laura, that stands out from the crowd, giving what is arguably the best performance of the entire series. 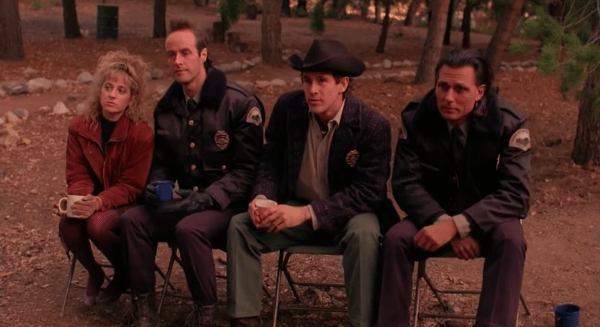 Whether he’s dancing around compulsively while clutching a photo of his daughter or leaping onto her coffin, Wise expertly portrays a man devoured by grief. Yet, behind the sadness, there are subtle hints that his story might be darker than initial appearances suggest. Wise is particularly brilliant in portraying the gradual transformation that Leland undergoes between seasons. The once broken father becoming an all-singing, all-dancing Gene Kelly tribute act (albeit one who also seems to have stolen Billy Idol’s hair). It’s a layered and immensely entertaining performance that, again, subtlety hints that (without spoiling too much)something much more sinister is lurking behind the spontaneous song and dance routines.

The visual style and storytelling of the series are unlike anything you expect from a TV show of the era, possessing a visual quality more akin to that of a film and tackling weighty adult subject matters including prostitution, domestic violence, child abuse and drug smuggling. Although, this is still a series co-created by surrealist supremo David Lynch so, while tackling adult subject matter, it does so in the weirdest manner possible. The episodes directed by Lynch, in particular, offer visually striking and strange TV that has been much imitated but rarely bettered. 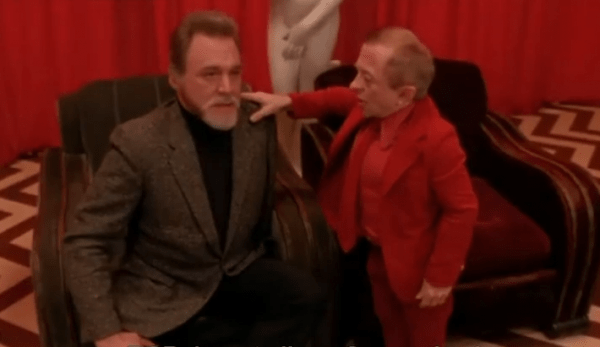 Probably the most famous scene of the shows strange sensibilities comes when Cooper dreams about the entities of MIKE and BOB and a mysterious red-curtained room. Featuring a visibly aged Cooper speaking with The Man From Another Place (played by Michael J Anderson) and the late Laura Palmer (Sheryl Lee), the scene is deeply unsettling in its presentation, with Anderson and Lee delivering cryptic dialogue backwards, their words possessing an eerie otherworldly quality.

The main plot that drives Twin Peaks for the first season and a half is the investigation of Laura Palmer murder. The series following a classic “whodunit” format of a long list of suspects with as many motives. The show complimenting this engrossing main plot with a host of sub-plots concerning the town’s oddball inhabitants and how the Palmer murder has impacted their lives. 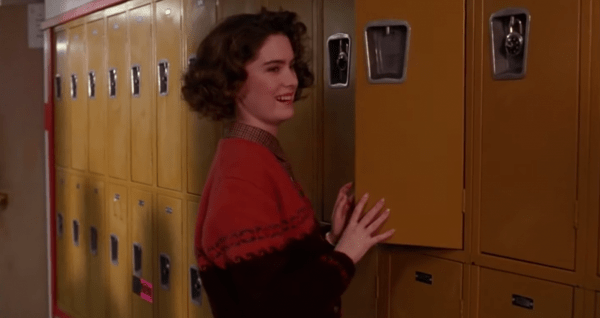 Despite possessing a rather lurid and violent story, the tone and, indeed, genre of Twin Peaks is an eclectic mixture of drama, comedy and horror, genres that really shouldn’t mix. Yet, in the hands of Lynch and co-creator Mark Frost, the unusual blending works beautifully as the show veers between disturbing scenes of murder and zany characters spouting quotable comic one-liners.

The first season clocking in at 8 episodes is the strongest, the tight episode count keeping the show focused on the core mystery of the Laura Palmer murder, with the various sub-plots serving as welcome diversions to keep things varied. The second season which clocked in at22 episodes is another matter entirely, the increased episode count and much more network interference ultimately proving to be the shows undoing. 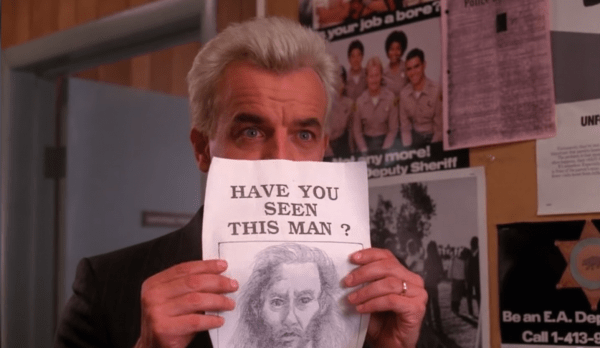 The first 9 episodes of season 2 are brilliant as they continue the mystery of Laura Palmer. The seventh episode of the season is arguably the best episode of the entire show as the killer is finally revealed in an especially brutal murder scene. However, once Laura’s murder is solved the series struggles to find a worthy follow up, the rest of season 2 becoming a chore as it shifts its focus onto lesser storylines unnaturally extended to fill the larger episode count.

The one subplot in season 2 that works is a brief romance between waitress Shelly Johnson and Gordon Cole, Cooper’s hard of hearing FBI superior played to comic perfection by David Lynch himself. It’s a short plot that serves no real purpose to the overall narrative, but thanks to Lynch’s hilarious line delivery it is at the very least an entertaining distraction. 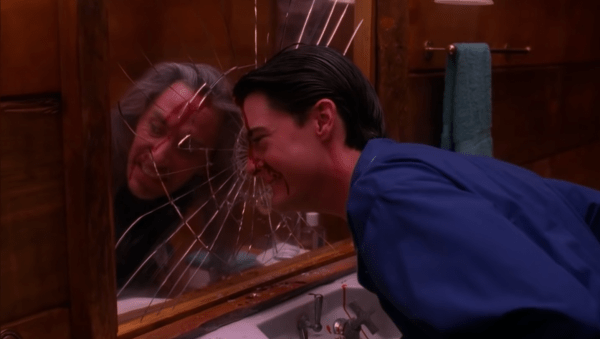 The series does regain its footing in the season finale directed by Lynch. An entertainingly surreal and scary hour that follows Cooper as he ventures into the mysterious Black Lodge, the name given to the red-curtained room seen earlier in the series. In his exploits, Cooper encounters many nightmarish sights such as BOB, his own evil doppelganger (with a creepy backwards laugh) and, once more, Laura Palmer who prophetically says “I’ll see you in 25 years”. It’s a terrific finale whose cliffhanger ending leaves you begging for more and, perhaps, if the rest of the season good as this finale maybe the show wouldn’t have been cancelled a little over a year after its debut.

It’s genre-bending, surreal style might not appeal to everyone, but a captivating mystery plot, memorable characters and a dreamy atmosphere ensure that Twin Peaks more than earns its place as one of the most iconic TV shows of all time. Check it out but maybe grit your teeth when you get to the second season.