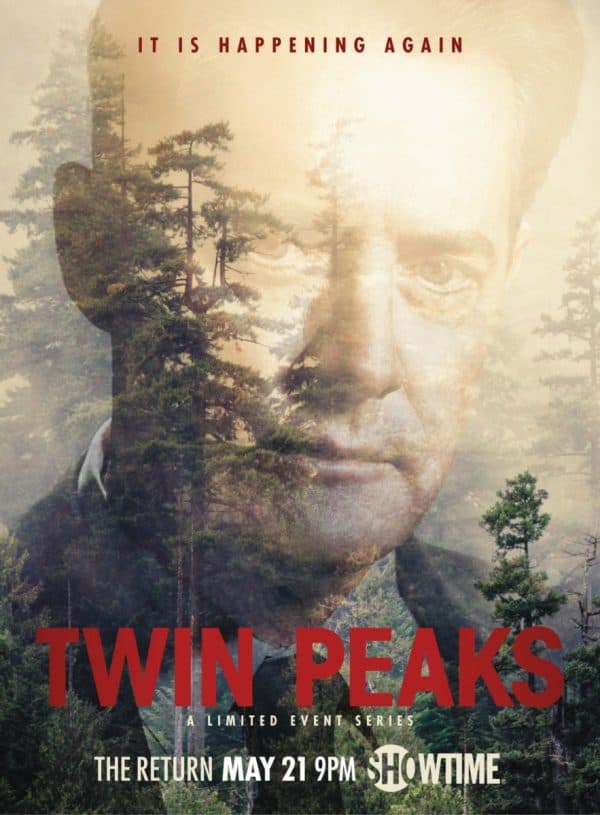 25 years after the murder of Laura Palmer, FBI Agent Dale Cooper begins a long and surreal journey back to the town of Twin Peaks. 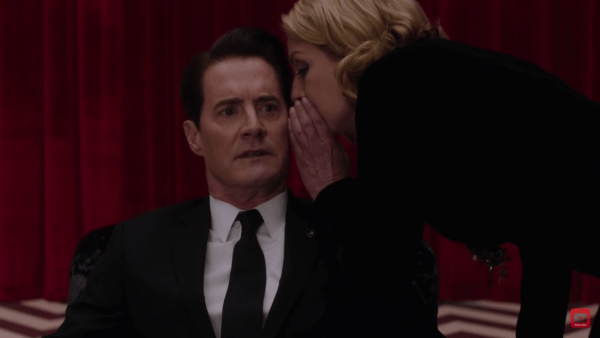 In the years since the unceremonious cancellation of the show and critical and commercial failure of cinematic prequel Fire Walk With Me, Twin Peaks reputation has grown considerably with it now considered by many as among the greatest TV shows of all time. Fans have longed for a return and 25 years after Fire Walk With Me, creators David Lynch and Mark Frost reunited to bring us Twin Peaks: The Return an epic voyage of lunacy that takes us back to that quirky town and further blurs the increasingly thin line between film and TV.

Clocking in at 18 episodes and spanning numerous locations both within and outside the titular town, The Return offers us a sprawling myriad of storylines, sub-plots and character pieces that, while sometimes cumbersome to wrap your head around, never feels tiresome or tedious. Some parts might feel random or unconnected, but almost everything is indeed connected. With plot-lines and character connections often not fully revealed until 2 or 3 or possibly even 10 episodes later and in a manner that rewards viewers patience. Put simply, it might all seem random, but it all does eventually make sense. Well, at least it makes sense in so much as anything made by David Lynch can. 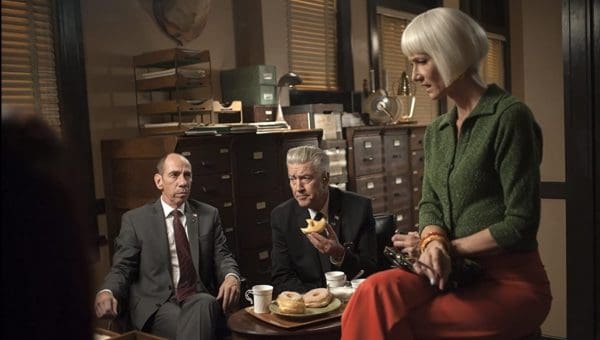 From an audio/visual perspective, The Return is an experience like no other TV show around. Directing all 18 episodes, Lynch is in his element, conjuring up what might be his magnum opus; subjecting viewers to a cavalcade of mind-melting absurdity and horror that is at times hilarious, confusing, frightening or all of them at once. Coupled with the visuals is the fantastic sound design that often hisses and howls in our ears and subjects us to low sounds that burrow their way under our skin. Combine the sound and visuals together, and you have yourself a disorientating yet fascinating experience that, while difficult to understand, always keeps you coming back for more.

This series is much more violent than the original ever was. The looser restrictions afforded by airing on premium cable allowing for graphic scenes of gore as people are viciously stabbed to death with ice picks or have their skulls crushed to the point that their brains splash to the floor in a mushy pile. Yet, although much darker and increasingly violent, The Return still retains a quirky sense of humour, with the myriad of zany characters always on hand to provide a few silly laughs. Even some of the violent scenes are darkly funny, such as a traffic dispute that soon erupts into a bullet-riddled gun battle in a quiet suburb. 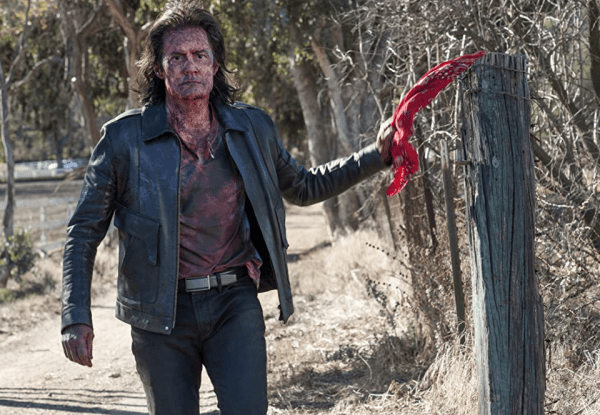 The Return boasts a massive ensemble of newcomers and familiar faces with much of the original cast returning to reprise their roles with a handful of exceptions. The original actors slip back into their roles as if not time at all has passed. Still able to wrap their heads the cryptic and absurd dialogue and perform it with conviction and sincerity. Although, while most of the cast returns, several only appear in what feel like extended cameos which can be a tad disappointing, however in several cases this is perhaps due to scheduling and health issues. The new cast members make welcome additions to show, quickly able to adapt to the strange format of the story, with the likes of Laura Dern (among other Lynch regulars) knowing full well how to perform under Lynch’s, shall we say, unique direction.

Among the returning and new cast, Catherine Coulson as ‘The Log Lady’ Margaret, who appears throughout to deliver cryptic advice to who, as in the original series, stands out as the most memorable. Coulson’s final scene in which she calls Deputy Hawk (Michael Horse) to express her feelings on her impending death is particularly moving. As are her comments about how death is ‘merely a change and not the end’. It’s a poignant scene that handles the characters passing delicately while also acting as a fitting tribute to the actress who sadly passed away shortly after filming her scenes. 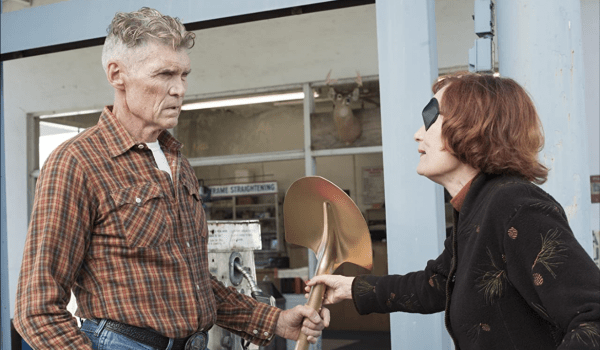 However, as always, it’s Kyle MacLachlan who leads proceedings as FBI Agent Dale Cooper, albeit not the one we’re familiar with. For most of the 18 episodes, MacLachlan portrays Cooper (going by the name Dougie Jones) as an almost catatonic child, motivated mainly by, what else, coffee and cherry pie. It’s a long wait, but once the Cooper we know and love returns to full strength, it’s like he never left, still quirky, eccentric, albeit a bit more serious this time around. The final episode (without spoiling too much) treats us to a much more morose Cooper as he attempts to solve yet another mystery that might be too complicated even for him to wrap his head around.

While MacLachlan delivers a fine, if limited, performance as the catatonic Cooper struggling to regain his mental abilities, the actor more than makes it for it with what is arguably his principal role, that as Cooper’s evil double Mr C. Mr C is very much the anti-Cooper, a violent, sadistic, cold-blooded monster who does “what I want”. It’s this evil persona where MacLachlan really excels at creating a fearsome and intimidating villain, his black eyes and cold delivery making his every scene an intense and unsettling experience. It’s a challenge for any actor to take on dual roles, but, McLachlan nails the duality perfectly, creating two distinct characters that he portrays with such precision that you wilfully forget they are played by the same actor. 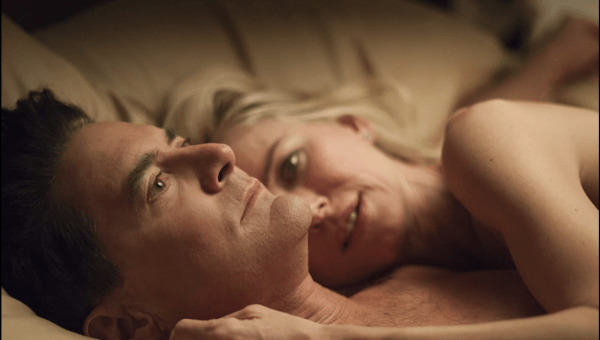 If you’re a newcomer to Twin Peaks, then avoid this series like the plague until you’ve caught up with the original series and Fire Walk With Me otherwise you’ll be totally lost. Well, more lost than those who have seen previous Twin Peaks. The Return is packed full of references and callbacks to previous entries that act as much more than simple nods for long time fans to spot, with many of them proving essential to help our heroes solve their current mystery. And, while I wish I could divulge them, that would really be spoiling the fun. That, and I’m not sure what half of it meant.

A sprawling, meticulously crafted dream that is a welcome return to form for one of the most surreal of TV shows ever and in a way that might even transcend what its own medium is capable of. Whether this is our final trip into Twin Peaks I don’t know, Lynch has regularly expressed interest in returning to the show and this season ends on a more baffling cliffhanger than season 2. However, if Twin Peaks: The Return is to be the final instalment of this famously weird series, then this is a damn fine way to say goodbye.