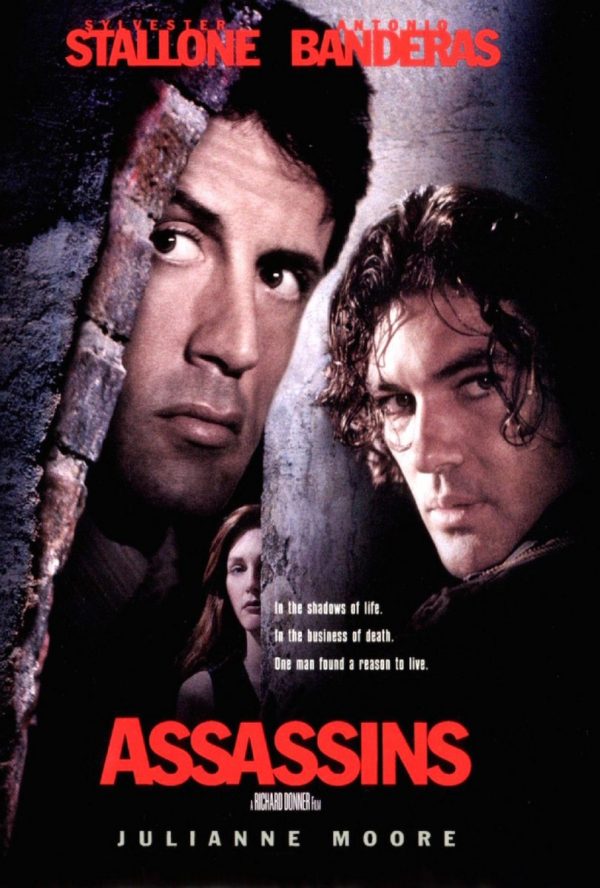 Starring action titan, Sylvester Stallone and Antonio Banderas hot off Desperado hitting big, came a film written by the Wachowski’s (pre fame), produced by Joel Silver and directed by Richard Donner (Lethal Weapon franchise). Every hallmark in place to make one of the standout films of a generally slow era for action cinema. So did Assassins succeed? In actuality, it in many ways defines perfectly a rather plodding era for action, where guys like Stallone were being shown up by a fresher vision from the likes of Keanu Reeves (Point Break, Speed), Michael Bay (seriously…Bad Boys and The Rock), and an entrance to action cinema for Nic Cage, Tom Cruise et al. Action films weren’t quite as ruggedly badass or all consuming enterprises as they were in the 80’s, with ‘specialists’ becoming an outdated notion.

25 years on, I look back on Assassins with some interest. I’ve always liked it. I really enjoyed it back then, but maybe I was blinkered as a huge Stallone fan. It’s a film that wasn’t particularly successful despite the potential selling points in place. It marked another financial disappointment as Stallone tried to maintain his star, maintain his relevance and move with the times. This meant adding a little more complexity to his action vehicles, with characters haunted by past events. It tended to be a repetition, with only the vaguest semblance of basic character trauma through Cliffhanger (dropping the stranded climber), Demolition Man (unable to save a bus load of hostages), The Specialist (a mission gone wrong and left for dead), etc. It offered more but didn’t go much further than Stallone adopting a hound-dog expression. The Wachowski’s have something of a beleaguered feeling toward the final product here for example, with a more complex and twisting script, stripped back to a more straight up Stallone action vehicle. There are some mid 90’s techno themes courtesy of Julianne Moore’s hacker extraordinaire, and Sly’s assassin talking to his employers through online messaging. There’s also a certain philosophising of the assassin trade that may well still be remaining themes from the Wachowski’s original concept/script, but again, it all feels watered down. 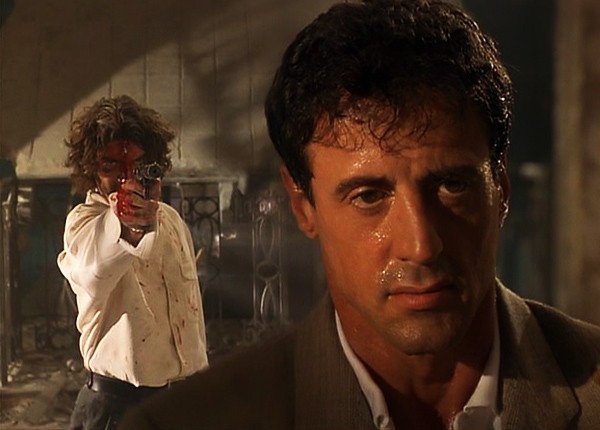 Okay, it attempted to take things from purely action, into more thriller territory, ultimately becoming a middle ground not quite firmly enough in either camp, but…there is still a lot to like about this misstep. The biggest grievance with Assassins for me, is despite a battle between adding depth to Stallone’s atypical genre work from the mid to late 80’s, they also strip away what would undoubtedly have been written by the fresh young scriptwriters, a few years from redefining the genre. So in trying to pack more in they have a bloated runtime in excess of two hours, but without enough nuance to fill that. In Julianne Moore we have a character who feels out of place, like a weight burdening the film. Through no fault of her own as a performer (because she’s Julianne Moore after all). Is she a basic love interest? Is she the damsel in distress? Is she a mid-90’s push for more empowered female roles in action movies? She’s sort of not any of those things convincingly, and isn’t helped by a distinct lack of chemistry with Stallone. Ultimately her introduction, and placing as central to the plot, slows the film down, a film that starts well (with intrigue) and ends very well. 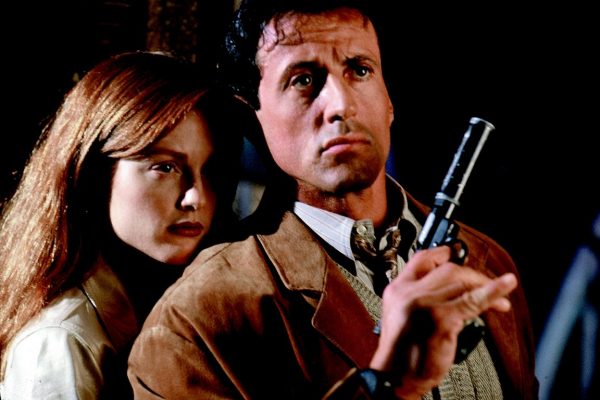 What Assassins certainly has in its favour, is dependably solid action direction from Richard Donner. Creatively he may have been past the peak of his powers (16 Blocks which came a decade after, was actually underrated and overall better than this), but he knew action and delivered on that front (though one can wonder whether the vibrant vision of two aspiring film-makers who wrote the original script, might have delivered a more special film during this period in action cinema). Stallone is solid, and though his push to add a dimension to his action persona never entirely paid off in the 90’s, he does provide some pathos to Robert Rath as a character. This biggest strength in the film though, is in its villain with Banderas waltzing away with every scene. As an antagonistic rival assassin who will never feel like the best in the business whilst Stallone is breathing, Banderas is a fiery and unpredictable presence. So here in fact, was another issue for Stallone in this period…he became somewhat overshadowed (by repeating that haunted and morose hound dog through each film) by co-stars and/or villains. See Wesley Snipes in Demolition Man, Michael Rooker and John Lithgow in Cliffhanger, Eric Roberts and James Woods in The Specialist, Viggo Mortensen in Daylight, Armand Assante chewing scenery like no tomorrow in Judge Dredd. I’m a huge Sly fan, but he got swallowed up by performers given more interesting roles, and being allowed to have fun with them. Sly, Copland aside (where he stands atop an absolutely stellar cast, holding his own) was basically repeating the same character with slight variants. 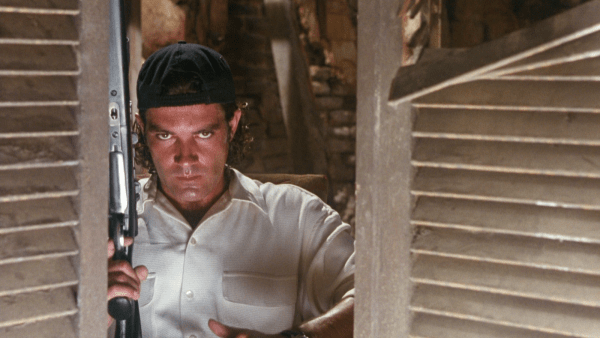 Assassins may almost be as fascinating for what it could have been, over what it is, but in time, it’s perhaps aged quite well for its strengths. The critical savaging on its initial release, and somewhat lacklustre response from fans might seem a bit harsh now, for a film that is well put together (there is a growing appreciation with retrospect). It just needed a more concise vision and a good 30 minutes chopped out (we’re in an age of action cinema in fairness where that’s almost the norm now). However, as a cat and mouse assassin flick, with a vibrant villain and some slick visuals, this does deliver some thrilling moments. Every scene between Stallone and Banderas has a certain energy, and for all that Stallone might get overshadowed, I suppose someone has to play the straight man to the more theatrical character. In the end, it’s still a film I watch with fondness that has enough in the good moments, to sit through the padding that drags. Good, potentially great, but for the most part it still holds up well 25 years on.