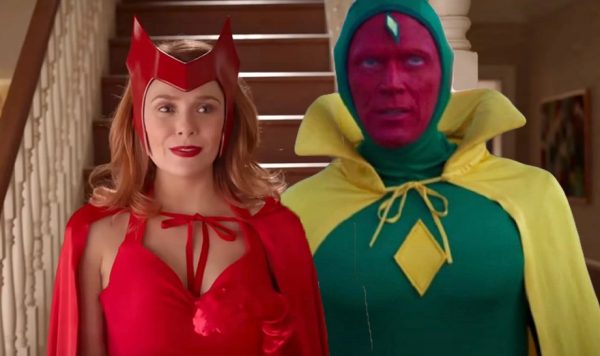 With WandaVision currently undergoing some additional photography ahead of its premiere on Disney+ this December, some new spy photos from the set of the Marvel series have surfaced on Twitter featuring cast members Elizabeth Olsen (Wanda Maximoff), Paul Bettany (Vision), Teyonah Parris (Monica Rambeau) and Kathryn Hahn (Agnes). The set photos aren’t too revealing, but do include a new costume for Olsen’s Scarlet Witch; check them out via Twitter here…