Ahead of its UK release this Friday, Dystopian Films has shared a poster and trailer for its independent dark comedy crime caper Stealing Chaplin, which follows two British grifters in Las Vegas who steal the body of silent film icon Charlie Chaplin and hold it to ransom. 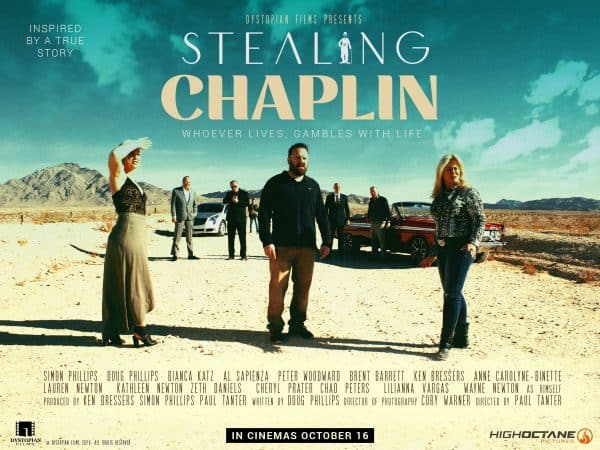 Inspired by real events, two Las Vegas based con men dig up and steal the corpse of comedian Charlie Chaplin in order to ransom it. With the theft gaining the world’s attention and the reward rising daily, soon every local lowlife, criminal and dirty cop wants a piece of the action.

Stealing Chaplin is directed by Paul Tanter and features a cast that includes Simon Phillips, Doug Phillips, Peter Woodward, Al Sapienza and Wayne Newton. It is released in UK cinemas on October 16th.