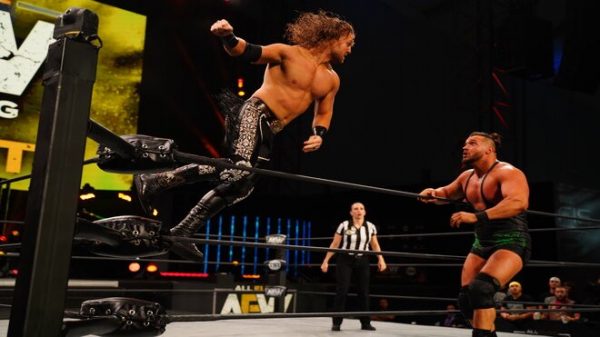 There’s always been buzz about an All Elite Wrestling video game. In amarket flooded by WWE games and the rare appearance of a Fire Pro Wrestling title, wrestling gaming fans are clamoring for something new.

AEW offered something fresh and interesting in terms of in-ring presentation, so what could it do with video games? Well it seems like we will get that answer as AEW Games has popped up on social media, promising a big reveal event on November 10th. Check out the post from social media here…

Earlier this year, All Elite Wrestling referee Aubrey Edwards confirmed they are working on a video game, saying to Chris Jericho during a podcast, “we’re very, very early on. There’s a lot of things that we’re talking about. I talk to Kenny [Omega] a lot about what he wants out of it.”

Hopefully all will be revealed on November 10th.