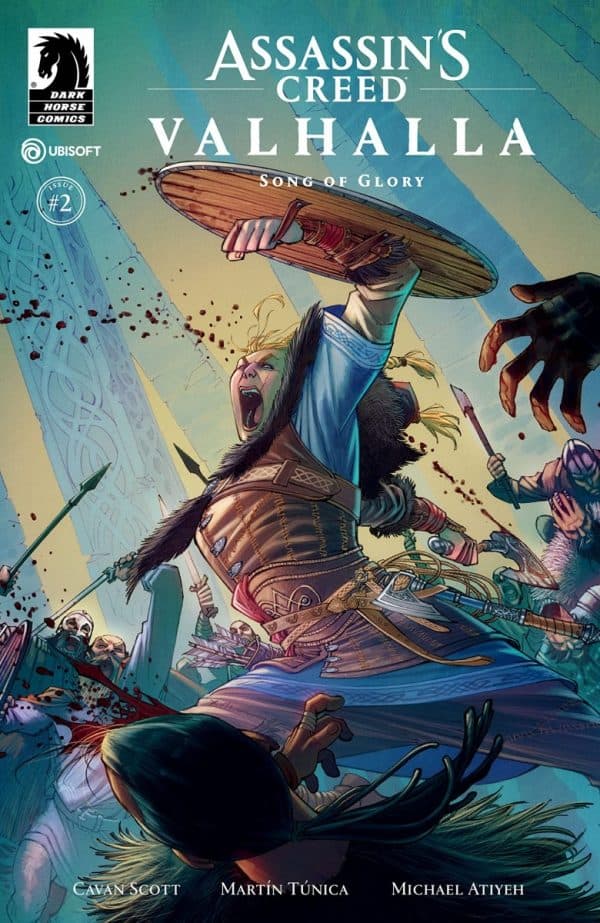 Sure enough as a new Assassin’s Creed game launches, we are being greeted with world building in the form of an extended universe – here in this case, comic books. The Assassin’s Creed franchise has coped extremely well from the comic book universe, allowing a much greater delve into the world of the IP without having to bog down the focus of the games themselves.

Yet as the games have progressed, my ability to stay up to date with them has diminished a lot; instead I actually prefer the comics to introduce me to the new characters, locations and events. And, in Assassin’s Creed Valhalla: Song of Glory, we have been introduced to our characters of Eivor and her brother Sigurd, the two children of a minor King. They are both on separate journeys yet their actions appear to have much greater consequences, although these events have yet to unfold.

Eivor and her quest for glory in her father’s eyes puts what appears to be an uneasy situation on edge as she storms and claims a village in the name of her father. During this raid she captures a slave who appeared to be more than meets the eye, but when she returns to her father she is met with outrage and anger. Sigurd on the other hand has claimed himself a blade and is on the search for treasures aplenty and… well actually that’s all we know. His story appears to be a much simpler one.

The development of the characters boils down to glory and self gain; where one is quick to action and making a name for themselves, the other applies a tad more logic as stealth can sometimes help counter greater numbers. The issue does start to lay a baseline for the skill set that assassins in the series have come to display.

Song of Glory is still in early days, and where it progresses from here is anyone’s guess. The characters themselves have been a tad unlikeable so far, from a purely comic book side of things. The violence first approach is very out of line from the early days of Altaïr Ibn-LaʼAhad and his long drawn out monologues with his victims. The current line up have definitely taken a step away from the Assassins of early days, and it will be interesting to see these characters make the transformation.