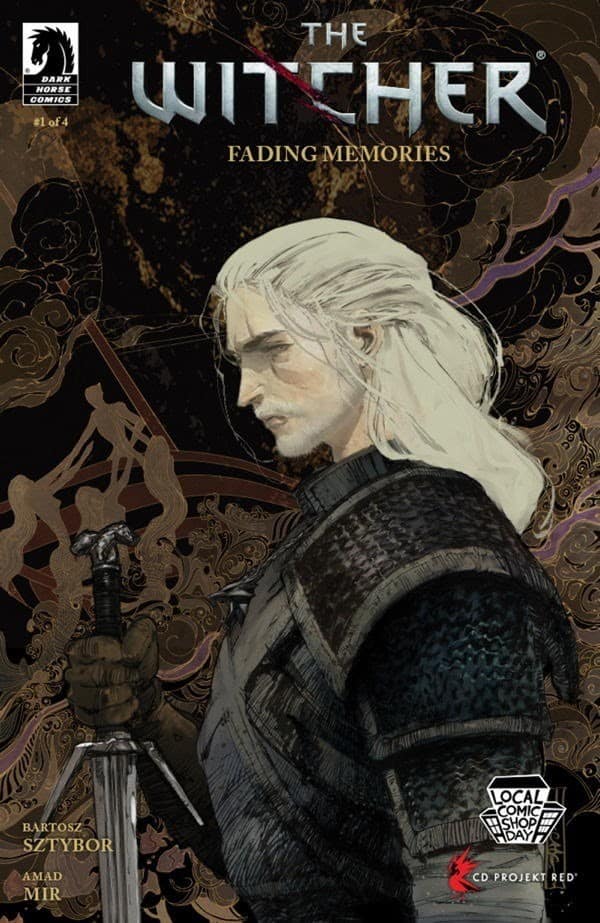 When it comes to The Witcher, it will be very hard to find someone who has not come into some kind of contact with the brand. The phenomenon from Andrzej Sapkowski was originally a concept of his own creation. The idea of characters from folk lore and legend who defeated dragons and monster while being wildly out of their depths, mighty beasts taking down knights, paladins and heroes, yet only to be vanquished by a cobbler… something does not add up. Enter The Witcher, a human being who has been trained and mutated to specifically take on these beasts of nightmare and bringers of death.

The series of books has been adapted into comic books, video games and a Netflix TV series, and there is a common theme among all of the media it has been portrayed in: the undercurrents of darkness and the void of joy that follows these hunters. The life of a Witcher is not meant to have lasting joy or end in happiness.

The most recent outing for Geralt of Rivia takes place in the new Dark Horse series Fading Memories. Geralt finds himself struggling for work, at a loss where there appear to be no monsters to slay. This story begins with less of an adventure and more of a struggle from our main character, what is a Witcher to do?

The story has a secondary narrative being told throughout the issue, where the journey of Geralt is being underlined with a beautiful and haunting sentiment being delivered. The primary narrative is focused on Geralt and his turmoil at his own uselessness, what is a Witcher exactly without monsters to kill?

The road brings him into contact with a man who has offered him work – not the kind he is used to, but honest work nonetheless as a fisherman. This fisherman is yet another character in this dark and twisted world who has been ravaged by the land and left to adapt or die. The way in which he relates and reaches out to Geralt is a beautiful act of generosity from a stranger, but a kindred spirit. 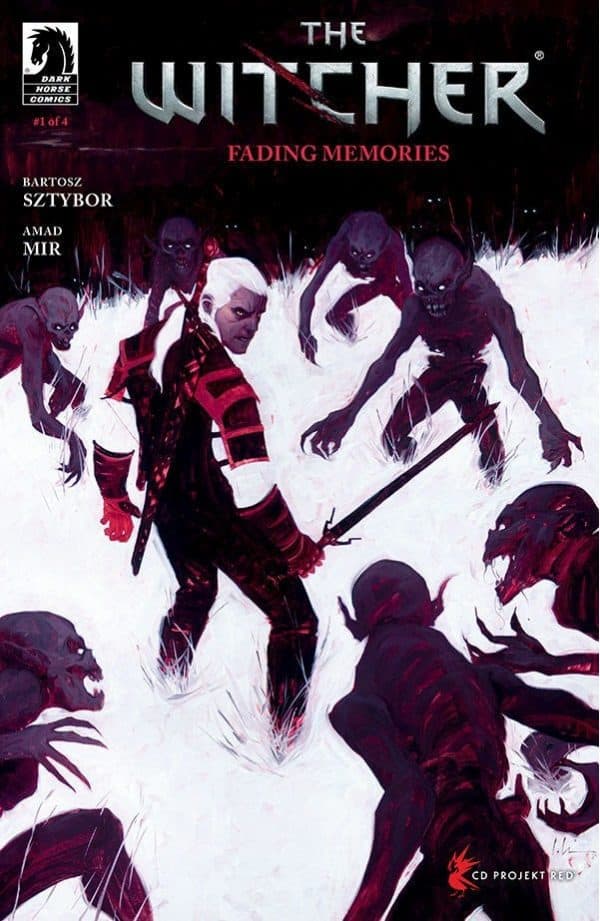 When Geralt is given the slightest hint of his calling, he leaves the generosity of this man to pursue the life he was literally created for. Only the adventure turns out to not be exactly what is seems.

This issue is wonderful, beautiful, hard hitting, horrific, simple and extremely complex. The contradiction of that last sentence alone made my head hurt, so please do not get too angry with me, though I stand by it. The emotions raised in the reader might not be the same for everyone, as a gamer who has spent many, many hours with this character. Geralt as a lead is a fantastically emotionless force of nature, coupled with dry sarcastic humour, we have a compelling character.

His story has never been a tale of happiness; very rarely is he granted the pleasure of peace or time to live the life of a normal man. This first issue hammers in the lives of the people who Geralt interacts with and how the fleeting moments of joy can be enough joy to push someone over the edge.

The artwork in this issue is very much a standard affair for The Witcher comics. They are always beautifully crafted, where the colour palette lends as much aid to the world building as the script does. The design of the characters and setting is incredibly detailed while managing to deliver a realistic scale to the reader.

This is one of the strongest first issues I have come across for a series and I will be waiting patiently for part two.