The Walking Dead is set to make its return on February 28th in the U.S. and March 1st in the U.K. with the premiere of the first of six new episodes from its extended tenth season. 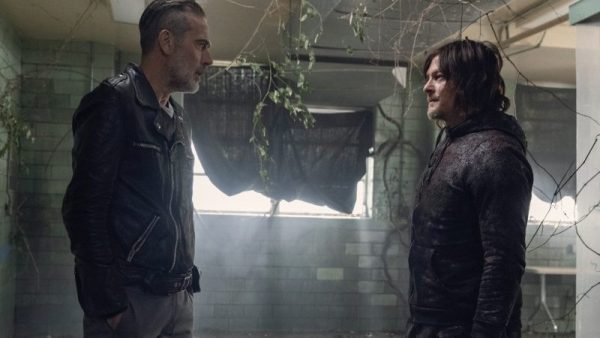 As well as revealing the titles and synopses for the episodes (see below), AMC has also announced that new guest stars in the episode swill include Robert Patrick (Terminator 2: Judgment Day) as Mays, Okea Eme-Akwari (Cobra Kai) as Elijah and Hilarie Burton Morgan (One Tree Hill) as Lucille.

Here’s the official synopsis for the extended season, along with individual episode details:

Maggie (Lauren Cohan) has returned with a story she is not ready to share, even when her past catches up to her. Negan’s (Jeffrey Dean Morgan,) safety is at stake again. Daryl (Norman Reedus) and Maggie fight an unseen and unknown threat.

An adventure for Daryl and Carol (Melissa McBride) turns sideways when they come across an old cabin. It takes Daryl back to the years when he left the group after Rick disappeared as he relives a time that only the apocalypse could manifest.

Gabriel (Seth Gilliam) and Aaron (Ross Marquand) search for food and supplies to bring back to Alexandria. Small tragedies lead to bigger tragedies as faith is broken and optimism is fragmented when they are put to the ultimate test.

Eugene (Josh McDermitt), Ezekiel (Khary Payton), Yumiko (Eleanor Matsuura), and Princess (Paola Lázaro) are captured and separated. Princess struggles with memories of her traumatic past and tries to escape one way or another with the help of Ezekiel.

Daryl and Carol come to a fork in the road and head their separate ways. Each going into their own type of survival mode, the easiest of challenges become much harder. Will their individual journeys be the tipping point needed to mend their friendship or is the distance between them permanent?

Carol takes Negan on a journey, hoping to minimize the increasing tension.  Negan reflects on the events that led him to this point and comes to a conclusion about his future.