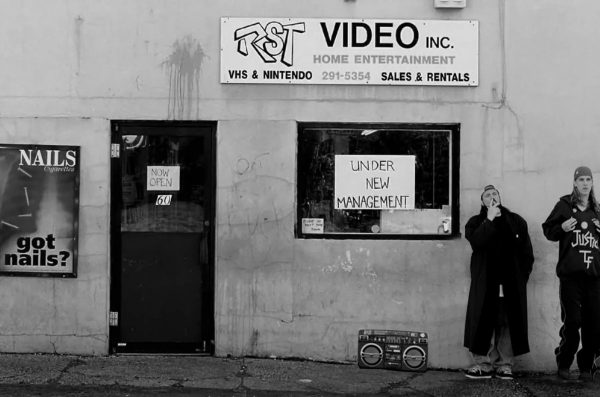 During my early years the infrequent but welcome visits to the local video shop brought with them, a huge wave of excitement. Perhaps second only to a cinema outing, the video shop perusal was a moment of wonder. Setting foot in the store, in those earlier days with my parents and sibling, to being a little older and able to fly solo, you would be welcomed with thousands of carefully organised boxes. Upon each box was the enticing visual artwork of each individual film, during a period where film artwork was a real art form. Now, all too often, film artwork is shoddily spewed out with a hack handed display of limited Photoshop abilities. In the video era, artwork was alluring, eye catching, because aside from catching snippets of news on TV, most peoples first encounter with a film below the tentpole level, was seeing that artwork on a VHS cover.

Even when too young to watch most of these films my eyes were drawn to these visual delights. I have a particularly fond and powerful visual connection to the work of Drew Struzan, whose illustrated artwork adorned a huge number of absolutely key cinematic milestones in my upbringing. He gave us the artwork for Star Wars, for Indiana Jones, for Masters of the Universe for Blade Runner. These are iconic works and were absolute landmarks for me. It’s my early cinematic upbringing and those images are burned into my mind. 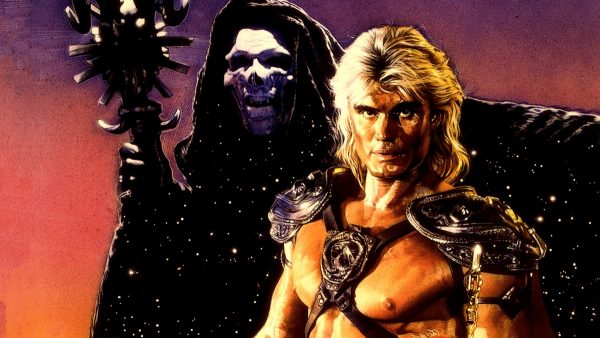 My mind would wander in wonder at the sight of video covers. Some more evocative than others, but even the trashiest pile of garbage would end up having epically good artwork. A lot of Italian or S.E Asian made B pictures (war films, actioners, fantasies or post apocalypse films often) used to have the kind of artwork that suggested greatness, or lavish expense, even if the films in retrospect look incredibly cheap. Even if a film came out with evidently little care in the production, the marketing was given some thought in selling it. Now so many films have almost interchangeable and bland artwork (even when they’ve spent $300 million on making the film).

My favoured sections, because those images were particularly alluring, were the horror and action aisles. The horrors would look suitably creepy striking a fear within, that in equal measure made me long to see the film, and want to stay well clear of it (and the nightmares I suspected it could bring). In many cases, even if the film struck my curiosity, I wasn’t often (understandably) allowed to watch. That is, unless my dad was left home alone. I vividly recall utterly bizarre and gore filled horror films, sometimes in more details than others, and some I can still recall the titles (while some sadly have faded into the ether, probably never to be rediscovered). 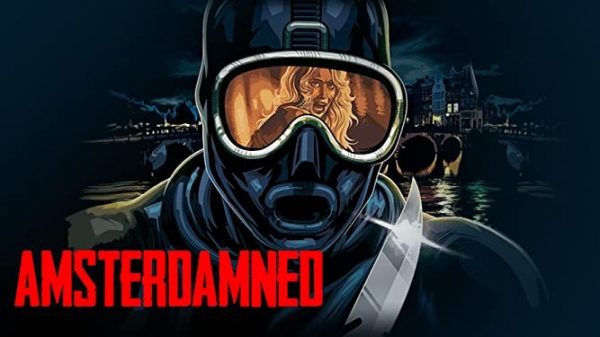 Watching something as engrossing and creepy as Amsterdamned. It’s a cult film now but back then wasn’t particularly well known. Did my dad have a working knowledge of Dick Maas films (yes…Dick Maas)? I doubt it. He picked it up, like many, based entirely on the cover and title. This was how we did it in the 80’s. If you were lucky you had a couple of one line review blurbs on the cover to go by, but on the whole you picked your video, rented it, gambling on whether it would entertain or not. Still, even the act of endlessly flicking through covers and admiring artwork was in itself part of the magic. Sometimes the selected film was irrelevant. Sometimes you’d end up renting a tried and tested (Oh…Star Wars again…). Each cover, with it’s own little story would strike the imagination into full flow. You’ve almost created a mini-film in your mind.

In my teens it became a hang out spot. With brother or friends you’d spend an hour or so milling. In the family run stores they didn’t mind, by the time Blockbuster Video kind of ended the ma and pa store, the conglomerate didn’t quite have the same appeal, but still wouldn’t mind you milling at your leisure. By the time you hit your teens too, the eyes would suddenly be drawn to the scantily clad femmes in the erotic thrillers section, and some covers (particularly back sleeves) left almost nothing to the imagination. Tee hee thought the naughty boys, in gawping at Shannon Tweed’s form. We couldn’t rent the film, not without trying, without much success in convincing a parent that the film was of course age appropriate and of artistic merit. “Barry Norman said it was good.” But Barry did not… 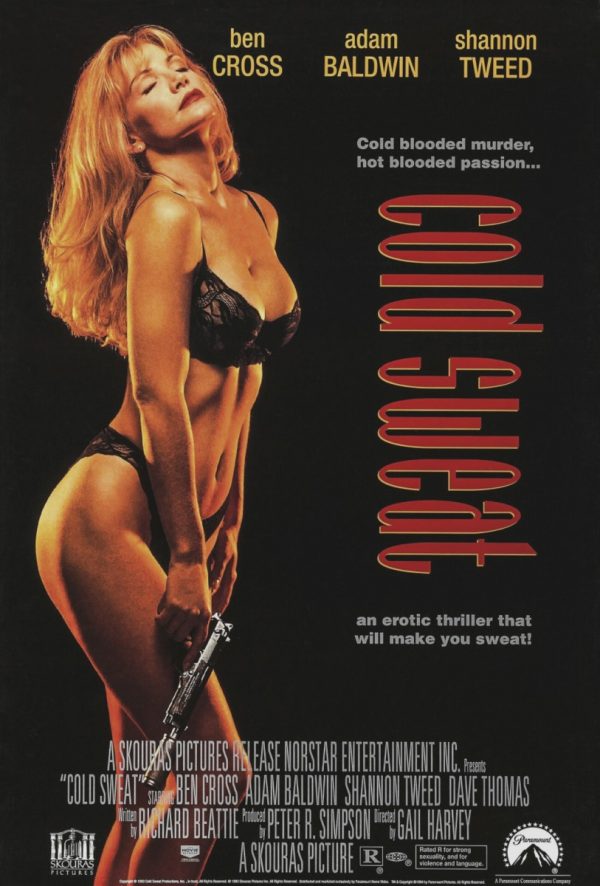 Prior to the internet giving instant (okay…slow initially…) access to filmographies and release dates etc, we’d be left at the mercy of the new release section in discovering new releases from favourite stars. The new Harrison Ford was easier to track, often given some build up within store, than say one of my own favoured icons, Dolph Lundgren. Not up on his entire back catalogue, I’d spend a lot of time flicking through the action section hoping to see his name or image pop up, allowing me to discover films beyond those which I had a working knowledge (and a friend’s older brother, with epic action collection certainly aided in Dolph/Arnie/Sly/etc. viewings).

A lengthy peruse at my old video shop unearthed The Punisher, The Shooter and Men of War. Occasionally I’d get wind of an expected release (but no actual date) from magazine blurbs, and then have to do a weekly check. I still recall, high off discovering Face/Off and Hard Target, stumbling across Blackjack which teamed Lundgren with John Woo. I’d never heard of it before catching sight of it in that video store. Imagine that as a surprise? This was the life then though. A new Jean-Claude Van Damme, a new Steven Seagal and all out of the blue. If you had a particular enjoyment of a film too there was the option of buying it ex-rental. I thought Blackjack was amazing (in retrospect it’s more awesome for sheer ludicrousness) and kept bugging the clerk for its ex-rental availability (and I rented it twice before finally managing to buy the tape). 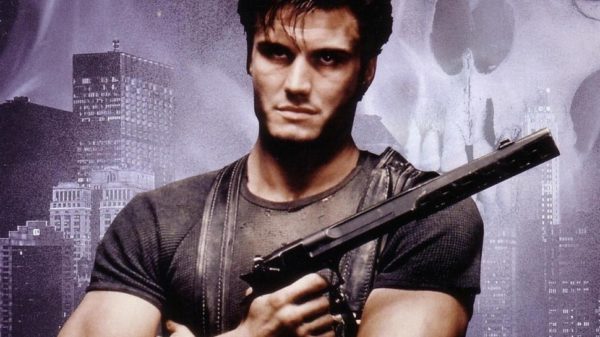 The DVD era came in and carried on the feeling, but never quite had the same allure. Granted I was getting older anyway and maybe that childlike awe was gone, but as I say, the artwork wasn’t as majestic and I guess those thin DVD covers didn’t have the same physical, brick-like presence of a VHS rental cover. The way they stacked and displayed on shelves just had a visual impact. Being in a store, physically holding a cover, reading the outline, looking at the art, there was a magic that we’ve lost in the constant scrolling mentality of streaming. Sure, it’s easy and instant, but where’s the magic? Your pick wasn’t great? Hit back, scroll again and pick another. If you rented a video, you had it and to at least get your money’s worth you had to stick with it. For better or worse you see it through to the end. It might be in lockdown era that one thinks wistfully to those social interactions and being out in the shops, but still, progress is good but the modern generations are missing out on that magic. A rising interest in physical media is welcome, but still not enough that we’ll see a high street return to the video store, as the likes of HMV hang on by a thread.

I had a distinct dream as a kid, that one day I’d pick up a film with my name on it somewhere. As a screenwriter my first UK physical release comes next month (Return of The Tooth Fairy), allowing me that opportunity. The new reality is, I’ll be picking it up at a supermarket, but in my mind somewhere, it’ll be a VHS in my hand rather than DVD, and I’ll be back in Titles Video store. 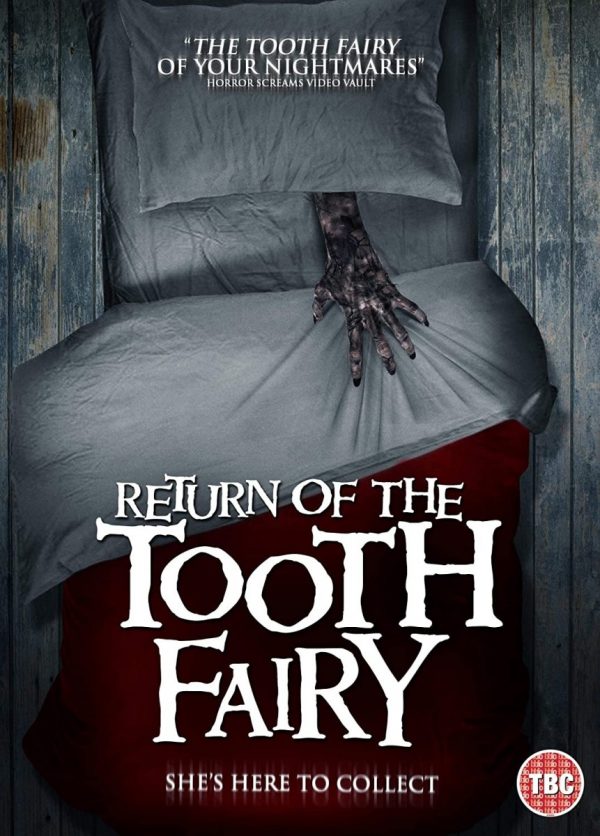 What are your video store memories? Let us know in the comments below or on our twitter page @flickeringmyth…

Tom Jolliffe is an award winning screenwriter and passionate cinephile. He has a number of films out on DVD/VOD around the world and several releases due in 2020/21, including The Witches Of Amityville Academy (starring Emmy winner, Kira Reed Lorsch), The Return of The Tooth Fairy and the star studded action film, Renegades. Find more info at the best personal site you’ll ever see…https://www.instagram.com/jolliffeproductions/