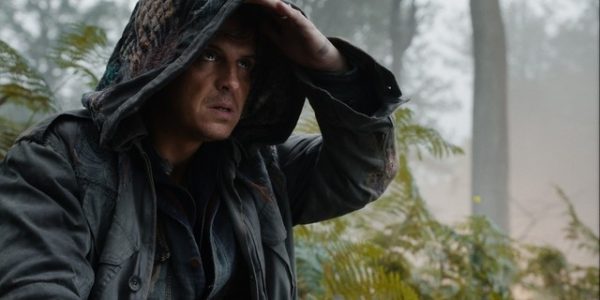 There is talk of a blade which can slice through dimensions, witches are gathering in attack formation and finally Lee Scoresby forges an alliance of huge significance. Welcome to the half way stage of a second season which has gathered momentum like an electromagnetic locomotive. Free of friction, gliding of narrative rails and featuring a meeting of minds between Mrs Coulter and Boreal, His Dark Materials is no longer lacking traction.

With spectres congregating in the gathering gloom, Magisterium airships targeting airborne apparitions and Lyra crossing over into Guild territory choices must be made. Will comes into his own going hand to hand against an adversary, while a meeting of minds over dinner may lead to Lyra’s undoing. 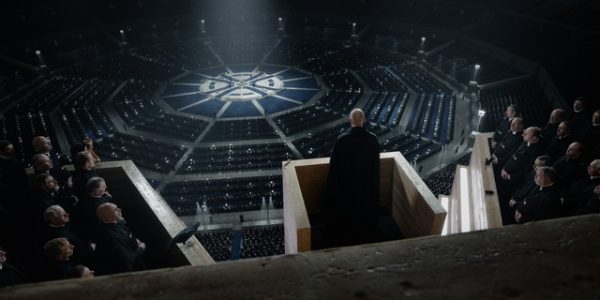 For many this episode will stand out for one reason which has more than a little to do with Lee Scoresby. Perpetually in search of Stanislaus Grumman through mountain range, isolated observatory and backwater swamp their meeting is monumental. Not only in terms of story but for the opportunity to see Lin-Manuel Miranda on screen with Andrew Scott.

There is a quiet fortitude, reserved demeanour and broader understanding in his characterisation of Stanislaus Grumman that lifts the bar. In these moments it is more about what goes unsaid than anything which passes for conversation between them. They make mention of Lyra and an abandoned son, but their bond is forged through a shared ideology rather than over any one person. 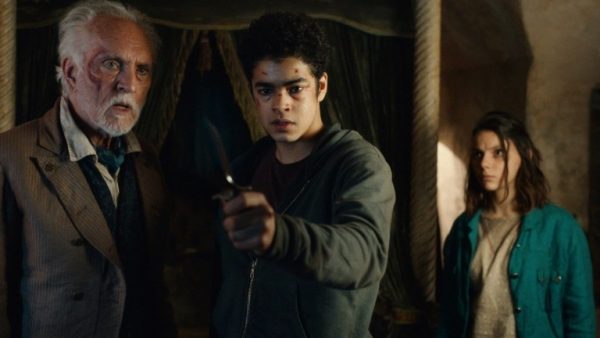 Elsewhere theology, religion and reality merge in a singular revelation which will change the meaning of this show for many. It broadens the canvas from a narrative perspective and opens up this story to multiple interpretations. It hints at a higher power, shakes a stick at those who consider humans the peak of evolution and also offers up a conundrum that underlines the futility of further action.

If our decisions are subject to theological interference and every basis of belief dictated ahead of surely we are mere pawns in the game. This is no longer a battle to be fought on something as limited as the physical plain. This fight between science, religion and individual freedoms are figurative, literal and simultaneously subjective. If Lyra represents the key, Will a conduit between worlds and everyone else mere pieces on the board then you have to wonder if victory was ever really the objective.