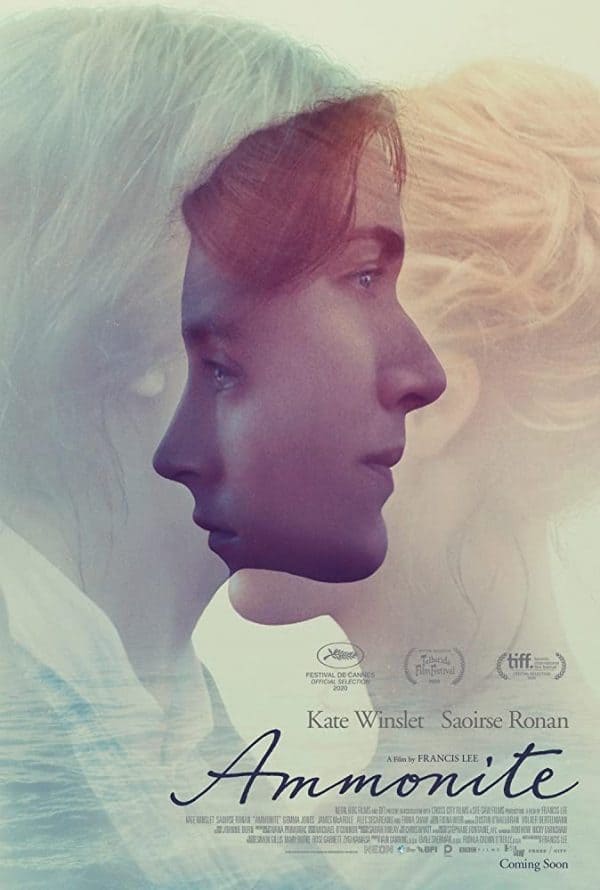 1840s England, acclaimed but overlooked fossil hunter Mary Anning and a young woman sent to convalesce by the sea develop an intense relationship, altering both of their lives forever 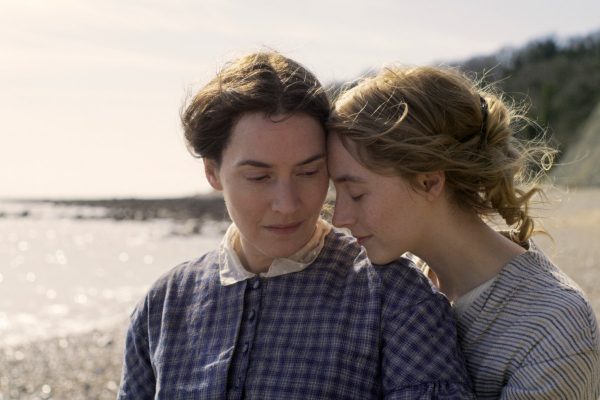 It’s to be expected that an 1840s lesbian romance is going to be muted given the societal norms of the time, but Ammonite is muted as a whole and a struggle to invest in. Directed by Francis Lee (his breakthrough feature debut God’s Own Country explored gay love, and while I still have not seen it I am almost certain it’s more bracing and alive than this), Ammonite dramatizes aspects of renowned paleontologist Mary Anning’s life by taking her seemingly lifelong loneliness and integrating a love story in the form of the much younger Charlotte Murchison, a grieving depressed woman with an inconsiderate husband who is quick to make her sadness someone else’s problem while he seeks fulfillment elsewhere.

The age gap is considerable (40s and early 20s), and while I don’t think it’s anything problematic, it is to be applauded that Kate Winslet looks her age in the role of Mary. It’s not softened that one of the most talented performers of our generation is aging and if Ammonite is a preview of what’s to come she’s going to continue crushing new challenges. It’s also an opportunity for Kate Winslet to flex incredible body language expressing nervousness from her own burgeoning romantic feelings to a guarded heart that has, for whatever reason, never fallen in love and always stayed on track professionally as a trailblazing excavator. It’s implied that she has rejected love before and she currently takes care of her mother Molly (Gemma Jones), both of which have contributed to the trajectory of her life but also feel underdeveloped here. 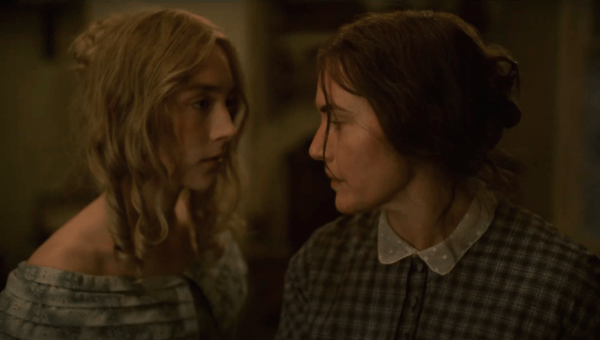 The same goes for Saoirse Ronan as Charlotte, given arguably an even more nuanced role, with no speaking lines until at least 20 minutes into the film. They are two sides to the same reclusive coin with no real interest in getting to know one another (it’s just a convalescence paid for by Charlotte’s husband), at least until Charlotte discovers Mary’s past affinity for the piano and gradually becomes intrigued by the excavating process. As for those rocks, there’s plenty of delicate and detailed scenes regarding uncovering then, cleaning them, and showing them off in prestigious British museums, all of which lends the idea that Ammonite is also about the esoteric hobbies that can fulfill us just as much as keep a roof over our heads.

A mopey face gradually turns into smiles as the pair connect, but there’s no deeper dive into that gravitational pull of romantic affection. Ammonite is a film about two lonely women that find one another at a critical point in each of their lives, but it’s an issue that there’s not really much to say about the characters other than that. The supporting characters don’t intentionally or inadvertently reveal as much about the protagonists as it feels they should. Then there’s the physical intimacy which somehow feels prolonged into igniting yet also feels like a key element is missing; the sparks are seen but not felt. 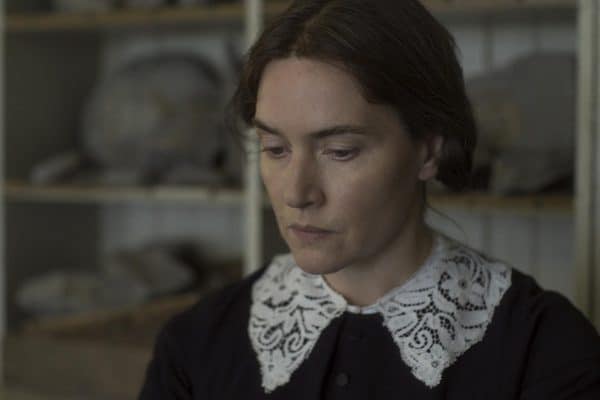 Some will have an issue with the sex scenes themselves, most notably the supercharged segment of eroticism that really lets Kate Winslet and Saoirse Ronan loose in what does, unfortunately, feel like a straight male’s gaze of lesbian intercourse. Brace yourselves for some potential too much information and inescapable comparisons to Portrait of a Lady on Fire (the best romance of the entire last decade): the intimacy in that movie never feels like it’s trying for male arousal, or rather, a new kind of naturalism. It keeps the mind of the viewer inside the headspace of the characters and attached to the strong feelings they have towards one another. When it comes to Ammonite, all I got is “well, that was pretty hot”, which shouldn’t be the elicited reaction but is because there is simply not much to the characters here beyond the expressive performances from Kate Winslet and Saoirse Ronan doing all of the heavy lifting.

Ammonite is a lesbian drama disguised as Oscar-friendly awards bait. However, it also fails at that now that we have seen a similar narrative done right and with delicacy. That’s not to say straight men shouldn’t be directing these movies, just that it’s easier to see through the phoniness and ulterior motive of awards attention. Maybe it always has been easy to label what feels fake and inauthentic. It also might not matter if Ammonite wasn’t as dreary as its color palette, although the views and sound design (especially the crashing waves) and costume design is all top-notch. Ammonite is missing the fire.