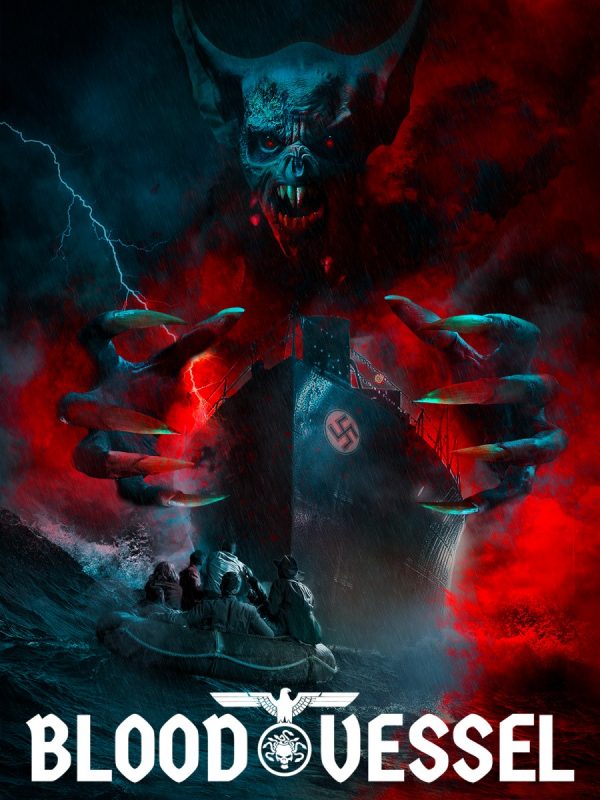 Somewhere in the North Atlantic, late 1945. A life raft adrift at sea, and in it, the survivors of a torpedoed hospital ship: With no food, water, or shelter, all seems lost – until an abandoned German minesweeper drifts ominously towards them, giving them one last chance at survival. 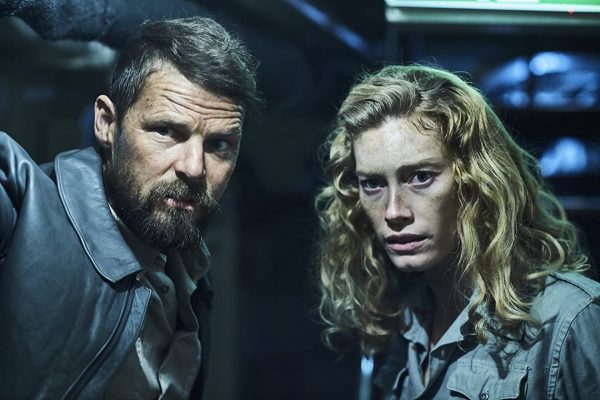 Does horror boast enough Nazi experimentation flicks to classify a whole subgenre? We’ve battled Nazi zombies (Dead Snow/Overlord), Nazi Frankenstein’ed freakshows (Frankenstein’s Army), Nazi werewolves (Rob Zombie’s Werewolf Women Of The SS trailer), so why not Nazi vampires? At sea? Blood Vessel – spectacularly titled – delivers on the promise of German Nosferatus preying upon unsuspecting WWII soldiers. Again, trapped on a boat? If you’re into the concept, you’ll be into this movie. A fangy period flick about the horrors of war and how they can be so much worse with bloodsuckers in the picture.

After a hospital vessel is torpedoed, patients and crew are left adrift on a lifeboat. Their prayers are answered when a large German minesweeper craft passes by, and they climb aboard. There’s no sign of life anywhere, just a few corpses and left behind Nazi gold. Then a little girl is discovered, which leads to a curious question: where is her family? It turns out they’re locked up, in coffins within crates, because they’re vampires. Just when you thought it was safe to go back into the water, you were right. Choppy waters are probably more reliable than the Nazi boat infested with Dracula’s brood. 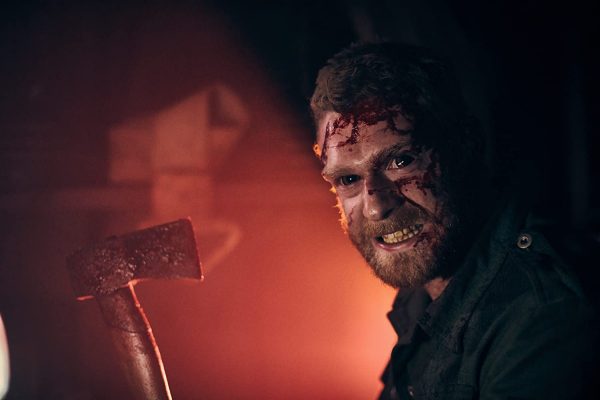 It’s a film that almost sounds like the lead-in to a terrible punchline. “A Russian, an American, and an Australian board an unmanned ship and unleash vampires.” That’s the rag-tag nature of Justin Dix’s unconventional wartime thriller. The character pool is comprised of greedy cooks, cowardly officers, mechanics who can’t handle a gun to save their lives – all from different backgrounds. Maybe that’s a commentary on how WWII affected countless nations and impacted even more innocents? Or perhaps it’s just a way of spicing things a bit. In any case, it works given the constant unease that’s present between factions who see one-another as threats even when allyship is required. It is not the most thoughtful game of strategies, but there’s a genuine attempt at always keeping betrayals in play.

As for the actual vampire content? I’m a sucker for full prosthetic costumes, and Blood Vessel doesn’t disappoint with its batty-influenced creature design. You’ll need to wait a bit before Bigelow (Mark Diaco) hunts for treasure and releases “The Patriarch,” but it’s worth the introduction. Dix’s monsters can control whoever they bite, making them more threatening through manipulation from afar in addition to life-draining slurps. Better yet, there’s a whole family of ‘em which drives home this zany midnighter vibe as these animalistic nocturnal hunters prey upon hapless war heroes (and villains). You’ll get your bloodletting, beheadings, and gory effects when necessary. For some, in shorter bursts than desired, but one has to assume that’s due to budgetary restraints and not by choice. 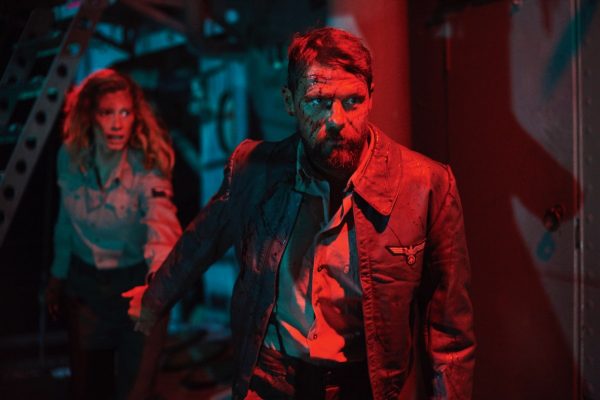 I’m also a sucker for nautical horror, which cinematographer Sky Davies captures using appreciated red-filtration light floods. Blood Vessel takes place at night, but metal corridors and outdoor deck locations are saturated in thick alarm spotlights that match the Nazi color scheme of red and black. Cinematic framing goes to great lengths when capturing the isolation and claustrophobia of drifting on open waters, alone, with no rescue in sight. Add in rooms full of turned German deckhands plus Transylvania’s cutest couple, and you’ve got this B-movie that’s sold in every which way as such. From overhead panning shots that are sure to show the massive Nazi symbol on the boat’s exterior to violent defense stand-offs lit by the same color as squirting bodily juices.

You get what you signed up for with Blood Vessel. I mean that with positive connotations, not disappointed snark. It’s nowhere near perfection, between some stuffy, archetypal character work and the time that elapses before action “gets good” so to speak. That said, Justin Dix has found a way to crazily exploit both the traumas of military combat and grimly fascinating vampire lore with a maritime twist. Bonus points awarded for staying “of-a-time” and committing to the WWII-era feel from wardrobe to mentalities to social paranoias. War is hell, but Blood Vessel takes you there down a path that horror fans should relish. Another graphic example what how I’d define a “Donato Movie” (trademark pending).