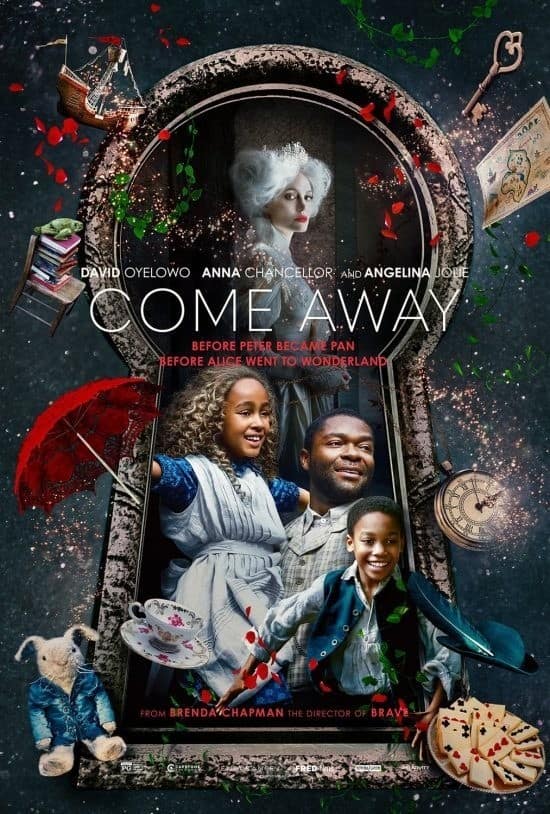 When their eldest brother dies, Peter and Alice seek to save their parents from despair until they are forced to choose between home and imagination, setting the stage for their iconic journeys into Wonderland and Neverland.

If you’re going to do an origin story or put another twist on fables such as Alice in Wonderland and Peter Pan, it’s not a bad idea to pepper in some representation and mold the two stories into one. Now, Come Away doesn’t exactly come together smoothly, but there’s enough heart, charm, surprisingly dark drama, a firm grasp on tone, and resplendent visuals to forgive the hodgepodge construction. Directed by Brenda Chapman (a writer on Pixar’s Brave) and penned by Marissa Kate Goodhill, the filmmaking duo has approached combining these two titles with a clear goal; juxtaposing the desire to stay young forever against the need to grow up, set to the backdrop of shared grieving and imaginative coping mechanisms that are expressed here with magical realism.

The bold decision here is that Come Away spends almost an equal amount of time on its parental figures (played here by Angelina Jolie and David Oyelowo) spiraling into despair themselves. However, Rose and Jack don’t have any fantasyland to escape to while the family mourns the tragic loss of eldest son David (Reece Yates), an academically gifted teen also fascinated with boats. His siblings, Alice and Peter (Keira Chansa and Jordan A. Nash, wonderfully embodying uniquely familiar takes on these beloved characters) play along all over their English countryside home, with every few minutes or so a reference to the original stories introduced. Some of these ideas are clever, whether it’s a special bell or interacting with a criminal Mad Hatter (Clarke Peters, who certainly seems to be locked into some controlled madness) that their father Jack is in gambling debt to. Although it does feel rushed and underexplored (the movie doesn’t even reach 90 minutes without credits). 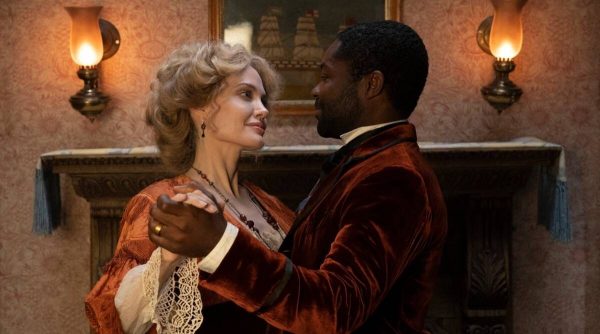 Being blunt, Come Away most likely isn’t going to appeal to most children (especially ones that can’t sit still) despite the PG rating, but it also doesn’t seem like it’s trying to. It’s clearly aspiring to be a sorrowful story of grieving and what pushes us to crave escapism, which is not exactly treading new ground for the genre yet is also handled here with a number of emotional performances. Jack tries to fight against having a relapse back into his gambling ways (this paves the way for Michael Caine to show up for a few scenes) and Rose further struggles to raise Alice to be ladylike at the request of her rude sister Eleanor (Anna Chancellor) that sees Jack as not worthy enough.

In that respect, Come Away is at least trying to acknowledge class barriers and adult-oriented themes, which consistently feels like the right call since the fantasy sequences (sometimes featuring full-on sword fighting) never cross into glorification territory. It’s all the same dreary and depressed tone that never gets too far away from reality until the time is right. There also appears to be a duality message that’s also tapping into parenthood when it comes to the appearance of such stable characters as the Red Queen or Hook. To make things slightly more hectic, the whole experience is narrated by an adult Alice (Gugu Mbatha-Raw) telling a bedtime story to her own children which is obviously personal and true to her given that more focus is limited to Peter Pan.

The film is fine enough at dropping in all kinds of details from both stories, weaving together their established environments (beaches and gardens), and succeeds that making the visual payoff, during the third act. Come Away has gorgeous interior design and locations, but never feels artificial due to the focus on these characters. Children or adults, there’s something fascinating about every one of them, with the ending reaching a place that is nonetheless intriguing for a potential sequel. It’s also refreshing to say that considering we usually come away from movies like Come Away with intentions of staying as far away as possible next time.

Come Away opens theatrically in the US on November 13th