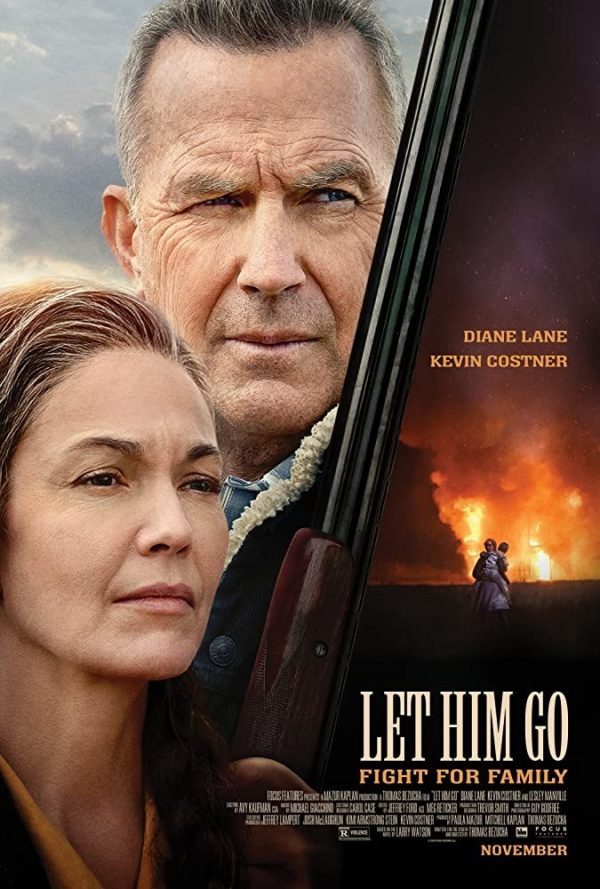 A retired sheriff and his wife, grieving over the death of their son, set out to find their only grandson. 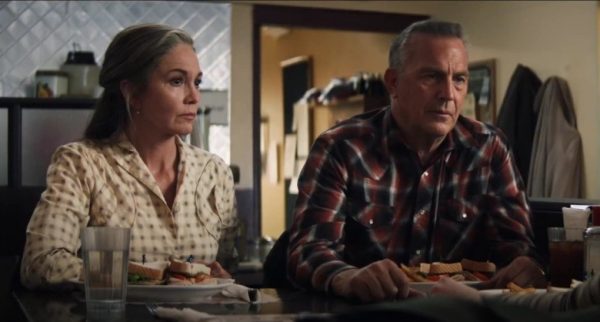 There is a double meaning to the “him” that writer/director Thomas Bezucha (adapting Larry Watson’s novel) Let Him Go, and it’s safe to say most viewers will pick up on that. As to why they should care, that’s another matter entirely considering the exercise feels confused about whether it wants to be a character study or generic period piece revenge story. The film doesn’t even dedicate time to let us get to know the Blackledge family other than that they are living in idyllic rural life celebrating the 1950s American dream.

Said family suffers a tragedy a split second after they are established as happy, coming in the form of a horse-riding accident that takes the life of George and Margaret Blackledge’s (played by Kevin Costner and Diane Lane, once again proving to be a fine screen presence containing chemistry, but stuck here with messy material) adult son who happens to be married with a young child of their own. In a horrible editing choice (one that kind of clued me in that the movie was unlikely to be good), the next scene is a wedding; is this a flashback to Kayli Carter’s Lorna Blackledge marrying into the family in an attempt to better contextualize the forthcoming plot beats? The answer is no, it’s a new marriage entirely into the Weboy family, specifically Donnie Weboy (Will Brittain). After the ceremony, it becomes clear that the Blackledge’s do not like Donnie whereas Lorna doesn’t seem too enthused either. 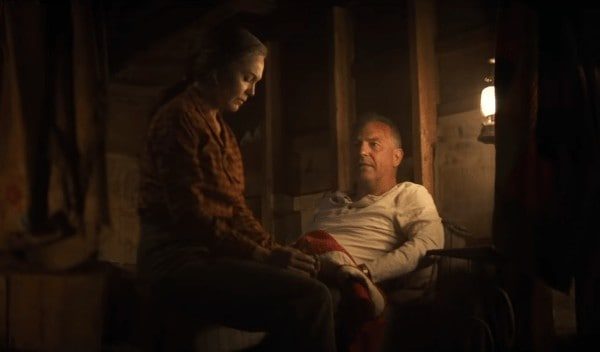 The narrative is already trying to establish far too much far too quickly, but if that wasn’t enough it’s made clear that Donnie is a physically abusive husband, something Margaret conveniently witnessed from afar. When she goes to their home to spark a confrontation, it appears that they have abruptly skipped town. This causes Margaret to start packing guns and encouraging George to come with to do anything from enforcing violence to rescue the boy or convincing Lorna to come back home, but one of the biggest issues is that Margaret is not so much a sympathetic character. It’s also no fault of Diane Lane; the film didn’t care to explore life before the tragedy, the grieving of her son, the circumstances of the new marriage, or anything that could remotely connect audiences to the ensuing road trip that you already probably suspect is not going to go as planned. When it comes to George and Margaret, Let Him Go is more focused on cheesy dialogue about growing old.

Along the way, they encounter a nomad Indian (Booboo Stewart) living off a stolen horse, and while there is some backstory to those living conditions that touch on inhumane crimes committed against Native Americans, it certainly doesn’t fit into what is essentially a movie about two senior citizens ready to start a war with a crazed psychopathic family of abusers over saving their son. Naturally, the character gets roped into helping them out, which ends up feeling like his only purpose. 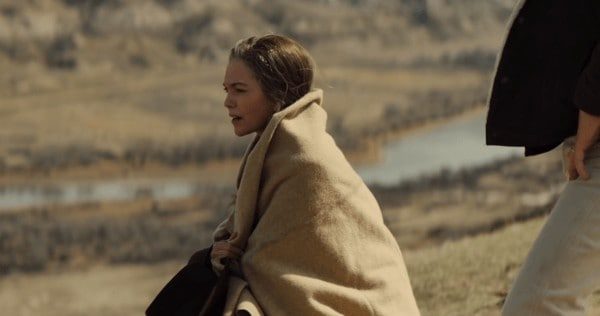 As for the Weboy family, they are a wild bunch led by matriarch Blanche (Lesley Manville chewing up the scenery here), with one of the only worthwhile sequences being an ominous and tense pork chop dinner between families, where they make clear to George and Margaret not to try anything funny. She also seems to not care that her sons are abusive. Unfortunately, all of these characters are rather one-dimensional and while they make for easy people to hate, the fact that they are ripped straight from your average revenge story villain playbook doesn’t really expand or add much when juxtaposed to the pain of the Blackledge family. If anything, it’s just another element furthering that divide between character work and gritty action.

What can be said is that once Let Him Go stops trying to be anything other than a revenge story (something that gets ramped up after an unsettling torture segment), it’s actually fun to watch. Desperation settles in for Margaret, unable to move on from losing one son and the overwhelming fear that her grandson is about to slip away from her life forever. George certainly understands that as Kevin Costner snaps into badass action hero mode, something that lends some urgency and excitement to the final 30 minutes. At least the second half of Let Him Go is worth hanging onto, but only because someone apparently realized nothing in the first half was working.