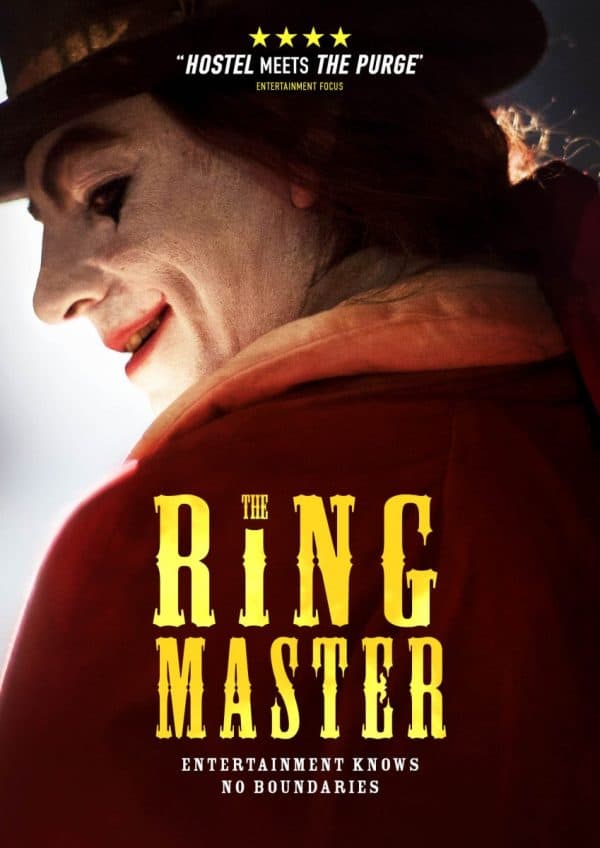 Two gas station attendants are kidnapped and forced to take part in a sadistic live show on the internet. 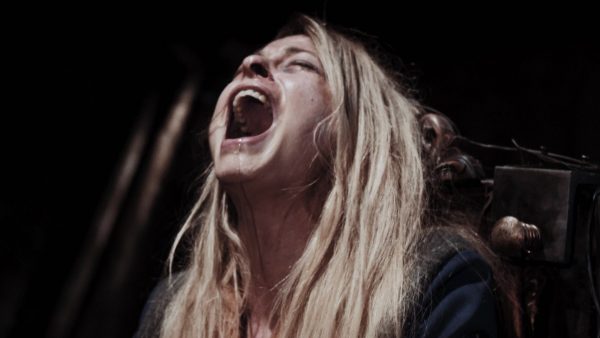 Danish horror movie The Ringmaster – known in other territories as Finale – is a confused film. It opens with a figure stood in front of a red curtain, delivering “a friendly word of warning” about the content of the movie, in a clear homage to the opening of the 1931 classic Frankenstein. While this reference roots the movie in the earliest days of horror, what follows is every inch a product of the noughties and the post-Iraq War fascination with “torture porn”. The most obvious comparison point for this disappointing pain-fest is not the work of James Whale, but Eli Roth’s Hostel films.

It’s a film of two halves, with the midpoint featuring those two halves overlapping and criss-crossing each other in an unnecessary flourish of non-linear narrative. Gas station attendant Belinda (Karin Michelsen) is on a night shift with the boss’s daughter Agnes (Anne Bergfeld), with few customers expected because Denmark is competing in some sort of sporting final. A few assorted oddballs pop in throughout the night and, gradually, the two women begin to sense that something is wrong. Flashes of the future tell us that the particular something wrong is a grisly, violent web torture show presided over by a devilish ringmaster (Damon Younger) – PT Barnum with bloodlust and a blowtorch. 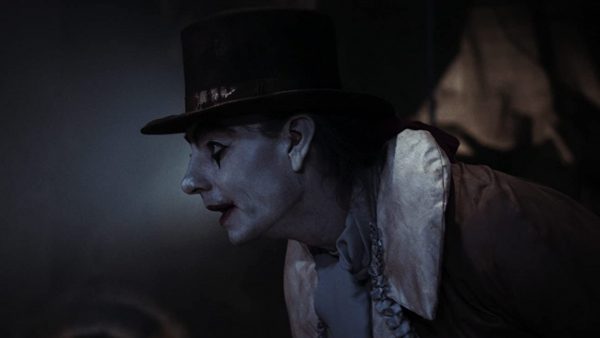 The first half of The Ringmaster is pretty well put together, helped by engaging performances from Bergfeld and Michelsen. Their slightly antagonistic banter is enjoyable and the scenes of ever-so-slightly off-kilter customers arriving escalate brilliantly in the hands of director Søren Juul Petersen. It’s in these scenes that The Ringmaster feels closest to the slashers of the 1980s, before its flash-forwards to torture drag it into the less exalted world of the blood-soaked 2000s.

Once the pair are abducted, the movie deploys some slightly awkward stylistic tricks to set up its twisted internet stream – described as “a horror circus”. Occasional shots of the rapidly scrolling live chat function are appealing, but they rob the tension and momentum from the events happening in the grim room in which the torture unfolds. Damon Younger makes a decent fist of the heavily made-up frontman of the dark performance, growling away with a voice and manner that resembles a sort of sadistic Rowan Atkinson. 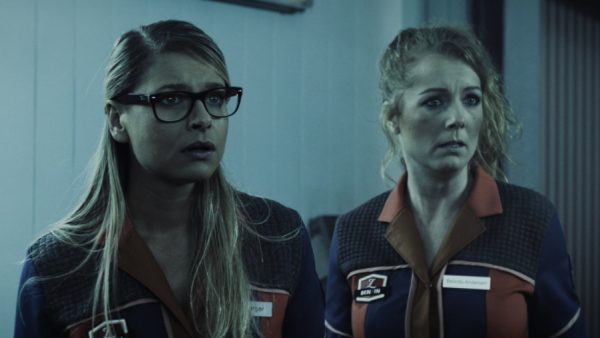 The issue is that, from then on, the movie is just context-free torture. There’s no grand message about the escalating extremity of online content and nothing to really skewer those who spend their time seeking out the most offensive material they can find. Instead, the final 45 minutes or so of the movie is just a parade of screaming and gore. When one character comes across a painting of a gladiator fight, it’s difficult not to groan at how on the nose it all is.

Despite its early suggestions of being inspired by the rich history of horror cinema, The Ringmaster is instead marooned in the same kind of thinking that has seen the Saw franchise consistently resurrected – years after everyone stopped watching it. Had it been released in the mid-noughties, Petersen’s movie could have garnered a cult audience of gorehounds seeking out its forbidden excesses. In 2020, however, it’s all just old hat.