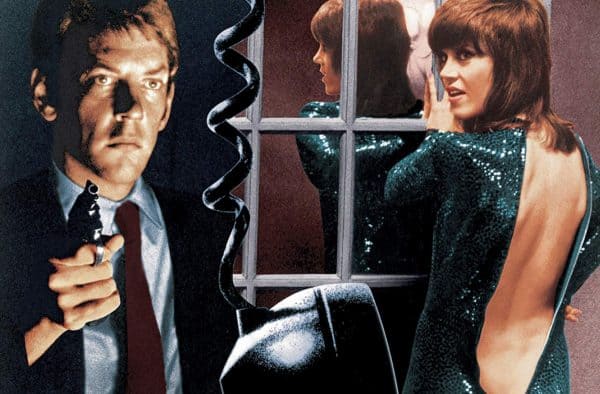 Over the course of cinema history, there have been a number of great thrillers that amped up the tension and levels of paranoia. In American cinema, a prolific era was the 70’s. Deep into cold war paranoia, espionage and political corruption, those levels of discord and distrust, ramping up the fear, seeped into the cinema. We can talk of great directors from the era who were breaking through, like Spielberg, Coppola, or established directors who maintained their presence, like Lumet. One director who is well thought of but perhaps not quite as perched in the pantheon he deserves, is Alan J. Pakula. He broke through in the 1970’s (having started as a producer), and initially with a certain predilection for paranoia infused films like All The President’s Men and The Parrallax View.

One film that doesn’t quite get acknowledged for its cinematic legacy, was Pakula’s Klute, the film which really kicked things off for him. In an era that is more stuffed with genre defining (and redefining) classics than any other in American cinema, it’s easy for some outright classics to get a little overlooked. Think of Coppola’s masterful, The Conversation, sandwiched between his first two Godfather films, or Friedkin’s big budget Sorcerer, obliterated by Star Wars, and hammered by critics on its initial release. Klute is great, and its complex, but it should be held in higher regard in the genre. 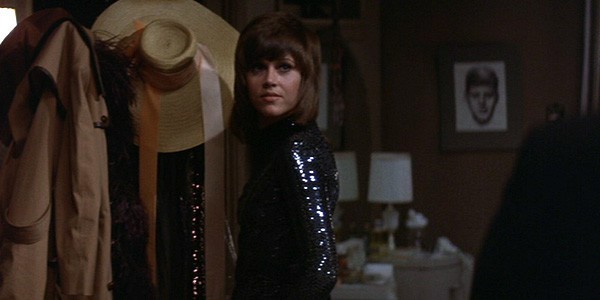 Pakula had a definite gift for crafting gripping thrillers with the paranoia cranked up. In his early days, at his most creatively ambitious, he was consistently delivering quality films. Klute represented much of what was being produced in the 70’s. Dark, gritty, deliberately paced and distinct thrillers. It seemed that even in studio films, directors were really breaking out of the expectations that studio heads may have had. Everyone was an Orson Welles now it seemed, particularly through that new breed that encompassed Scorsese, Coppola et al. There was so much cinema focused on the quality of the content and delving into complex characters. With occasionally dynamic or experimental approaches to cinematography and/or editing (see Peckinpah as an example for one).

Klute sees Donald Sutherland playing a small town cop hired to find a missing man. His only connection, a New York call girl (Jane Fonda). The actual hunt itself becomes something of a background exercise, as John Klute frequently hits dead ends in a rather by the numbers approach to his missing person search. However, Bree Daniels (Fonda) has been receiving anonymous silent calls, which leads Klute to believe there could be a connection between the mysterious stalker and the disappearance of Klute’s friend. The film frequently grinds the investigative side to a halt. We see the mundane side of P.I work, particularly when trails go dead, but still, Pakula keeps the lingering idea that eyes are on them (Bree in particular).

The most interesting aspect in the film is Daniels, a complex and multi-layered character (which was great to see for an actress in the era). Fonda delivers an exceptional performance that mixes vulnerability with a withdrawn toughness. She’s complicated in her wants and needs, and it very much becomes her movie, over the titular Klute. Pakula’s film is also exceptionally edited and beautifully structured, with Daniel’s occasionally having counselling that intercuts into present scenes. It’s an interesting way to delve further into her thought process, and there’s an intimacy to those confessionals that Fonda plays so beautifully. We know Fonda is magnificent, but perhaps never better than here. It’s a fantastically written character piece (the screenplay by Martin and Andy Lewis was nominated for an Oscar), and Fonda injects so much into the role (she won the Oscar for Best Actress in a leading role). Not to undermine Sutherland, who like his very best works in that era, has such a unique, unconventional presence. He’s superb here. As a double bill of complicated repression, spliced with increasing paranoia, this and Sutherland’s Don’t Like Now, make a great twosome.

The fact we become so engaged with Bree as a character also effects how much of the paranoia we begin to feel. As much as she tries to remain strong about a lingering presence that stalks her, that discomfort is never shaken off. Likewise, there’s an interestingly withdrawn cinematography. It’s amazingly shot (and if you can see if in a good HD transfer, all the better). This neo noir is of course stylistically drawn to shadows, and distinct use of light. Pakula likes to permeate sequences with on set light sources. Lamps that inflict their presence at key points of the frame, and many more examples of distinct lights within a frame. It’s all set on a wide and withdrawn frame (in 2.35) that wonderfully captures the sense of space in some scenes (or lack there-of). Shooting wide, to feel claustrophobic is something gifted cinematographers can do very well, and Klute is no exception (thank you, Gordon Willis). Again too, Pakula’s film is deliberately paced, made to feel cumbersome and evasive to that search (similar to Antonioni’s, L’Avventura, a missing person film that isn’t really about finding a missing person). The burgeoning relationship between Klute and Daniels is also nicely played out, never going for the obvious romantic ending. Okay, maybe this owes more than a passing thank you to L’Avventura. 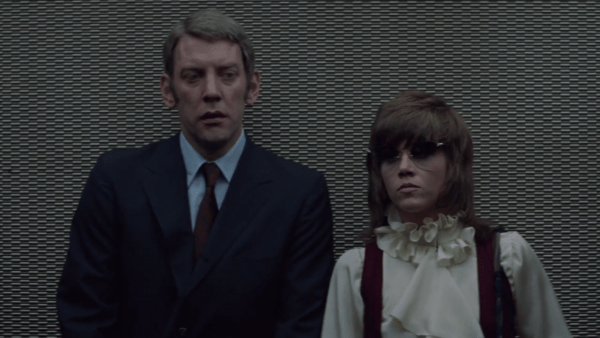 If you want a complex thriller, with interesting characterisations and a distinct edge of paranoia that surrounds the story, should check out Klute (if you haven’t done so already). Let us know your thoughts on the film on our social channels @flickeringmyth…