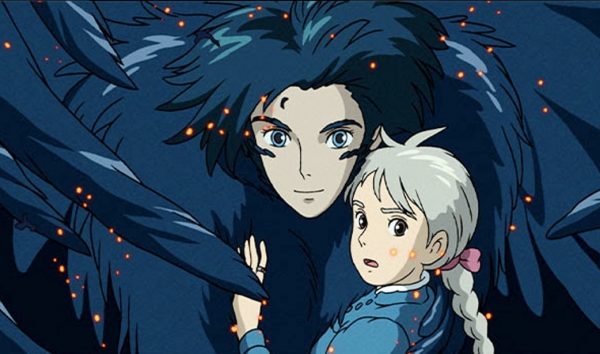 StudioCanal has announced that it is celebrating the 15th anniversary of Studio Ghibli and Hayao Miyazaki’s anime masterpiece Howl’s Moving Castle with the release of an Amazon-exclusive special limited edition boxset; check out the details and artwork here ahead of its release on December 14th… 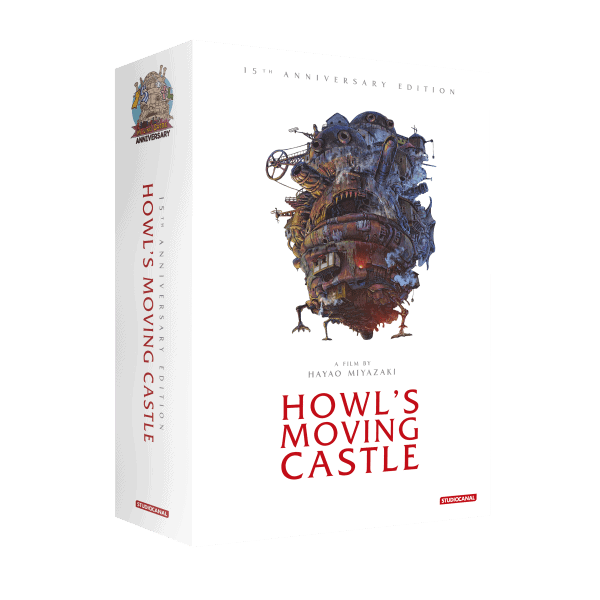 Sophie, a quiet girl working in a hat shop, finds her life thrown into turmoil when she is literally swept off her feet by a handsome but mysterious wizard named Howl. The vain and vengeful Witch of the Waste, jealous of their friendship, puts a curse on Sophie and turns her into a 90-year-old woman. On a quest to break the spell, Sophie climbs aboard Howl’s magnificent moving castle and into a new life of wonder and adventure. But as the true power of Howl’s wizardry is revealed, Sophie finds herself fighting to protect them both from a dangerous war of sorcery that threatens their world. 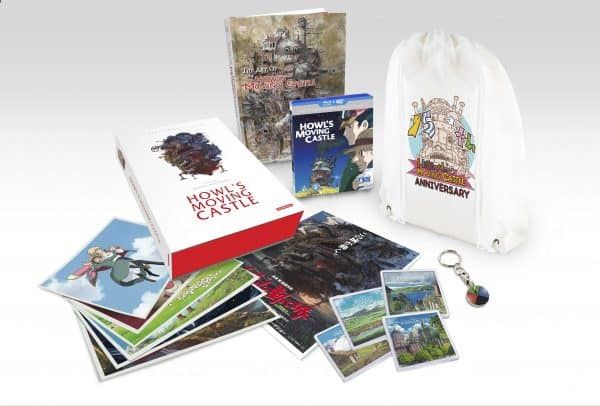 The Collector’s Boxset includes the DVD & Blu-ray Doubleplay edition of the film, packaged in a deluxe oversize box with brand new exclusive artwork, joining the previous special collector’s editions of MY NEIGBOUR TOTORO and KIKI’S DELIVERY SERVICE as the third in the deluxe series. The boxset also includes a hardback The Art of Howl’s Moving Castle book, as well as the following exclusive items: oversized art cards, a poster featuring the original Japanese theatrical artwork, a trolley coin keyring, a drawstring bag featuring the anniversary logo, and a set of drinks coasters. 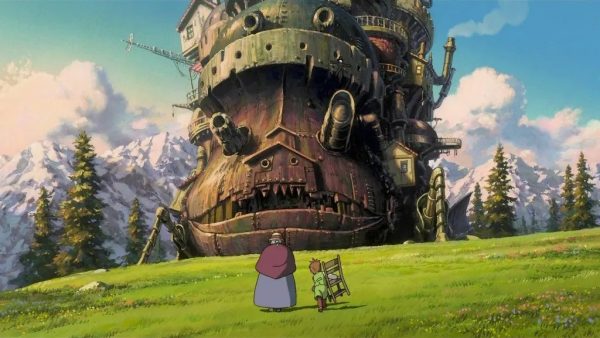