Dynamite Entertainment has unveiled its Cosplay variant covers for the month of December, which includes the first issues of the new series Vampirella: The Dark Powers and Red Sonja: The Price of Blood, along with Vampirella #17, Dejah Thoris #11, Red Sonja #22, and Vengeance of Vampirella #13; take a look at the covers here… 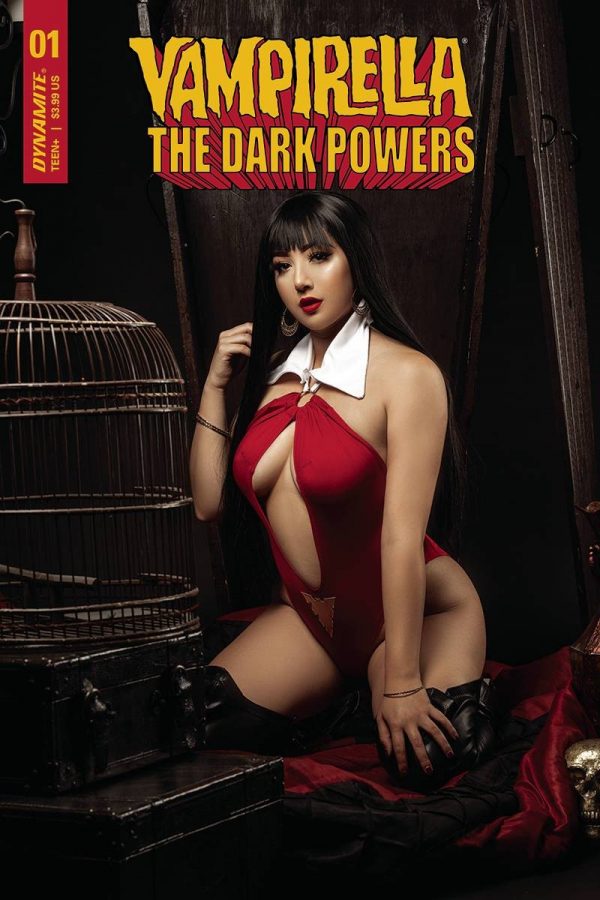 Welcome to THE PROJECT, an interdimensional collective of superheroes, tasked with recruiting members from across infinite worlds. And their newest recruit is…VAMPIRELLA!?

Superstar writer DAN ABNETT and artist PAUL DAVIDSON bring you the first chapter in an epic tale that will affect thousands of planets, billions of lives, and will answer the question: “What happens when you ask a vampire to save the universe?” 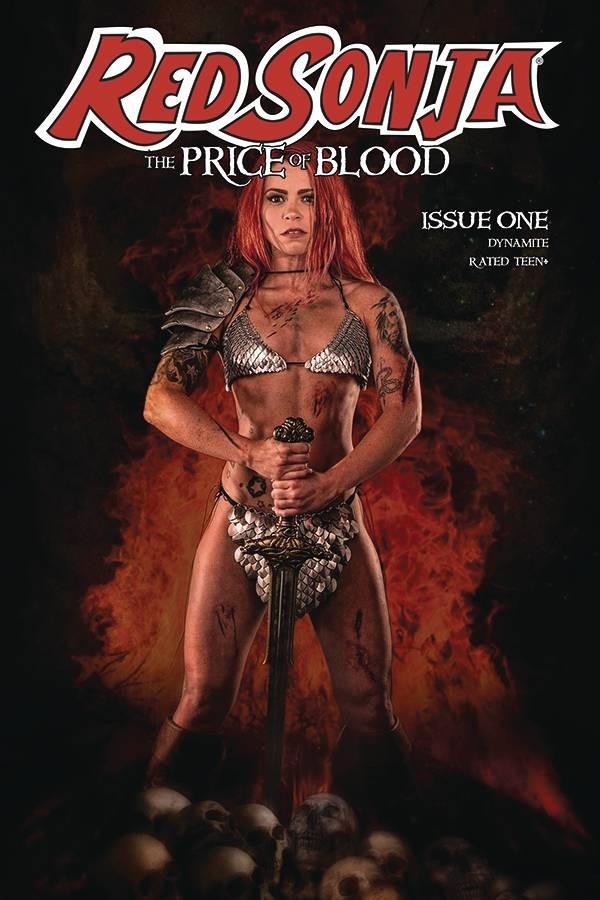 Under a series of incredible covers by Linser, Geovani, Golden, Suydam, and a cosplay cover — Red Sonja faces the gallows! For all the blood she spilled, there is a price. This is the tale of how she came to such a pass. 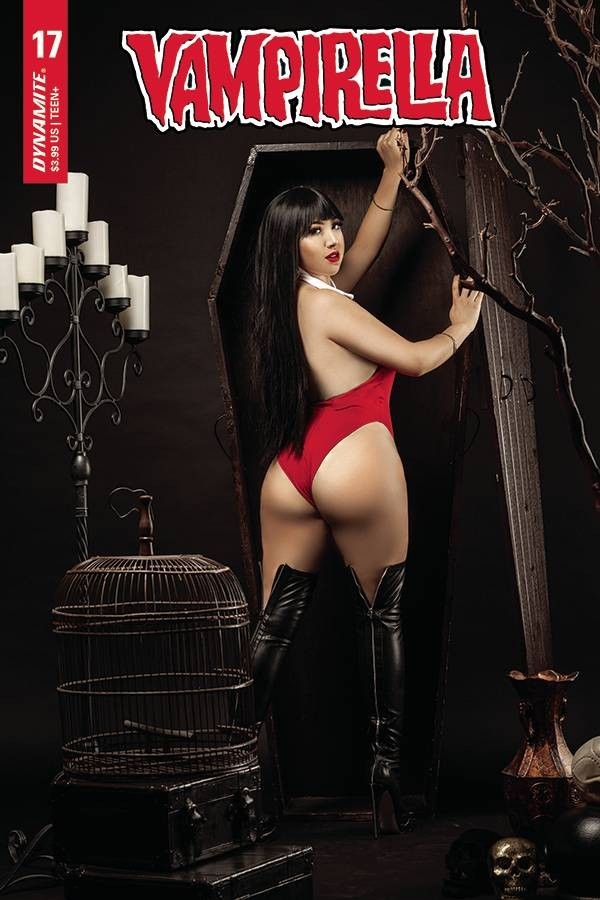 As Vampirella searches for a way to return to Drakulon in order to save her mother, she reflects on her first days on Earth as a newly arrived extraterrestrial lost in a bustling New York City, where she becomes the target of predators both human and supernatural, and finds her first friend– a mysterious young woman who can transform herself into a Panther. 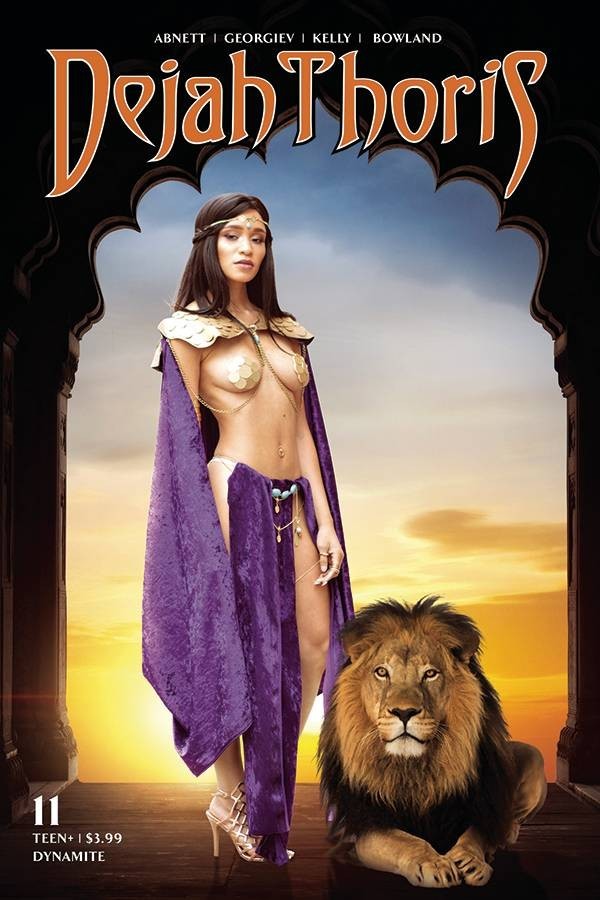 Only one issue to go on Dan Abnett’s spectacular run on DEJAH THORIS! Secrets of The End Winter will finally be revealed! By Abnett (Guardians Of The Galaxy) and Sebastian Piriz (Disaster Inc)! 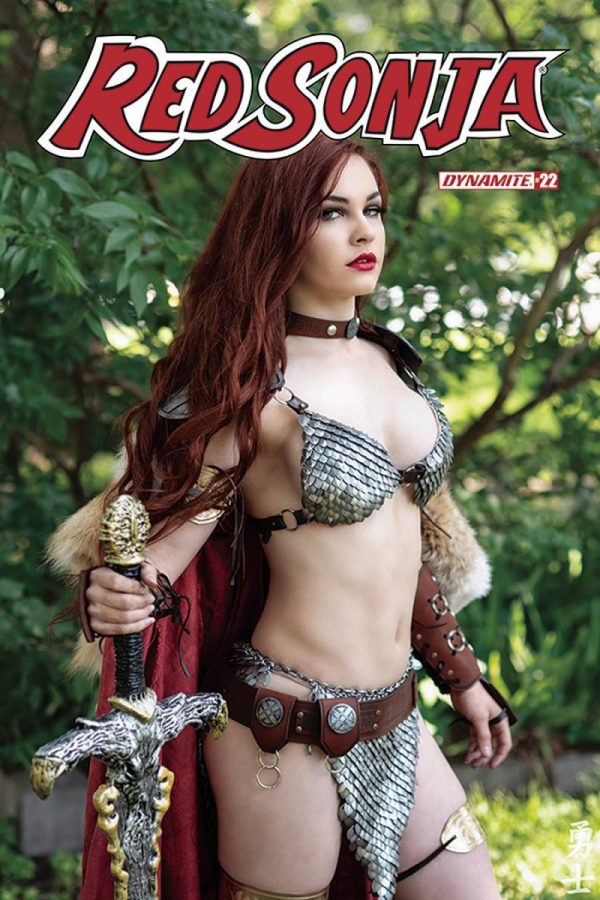 The Bird Overlord is summoned. The boy destined to kill Red Sonja asserts his control. Sonja will stand along against The Beserkers. By MARK RUSSELL (The Wonder Twins) and ALESSANDRO MIRACOLO (Zorro). 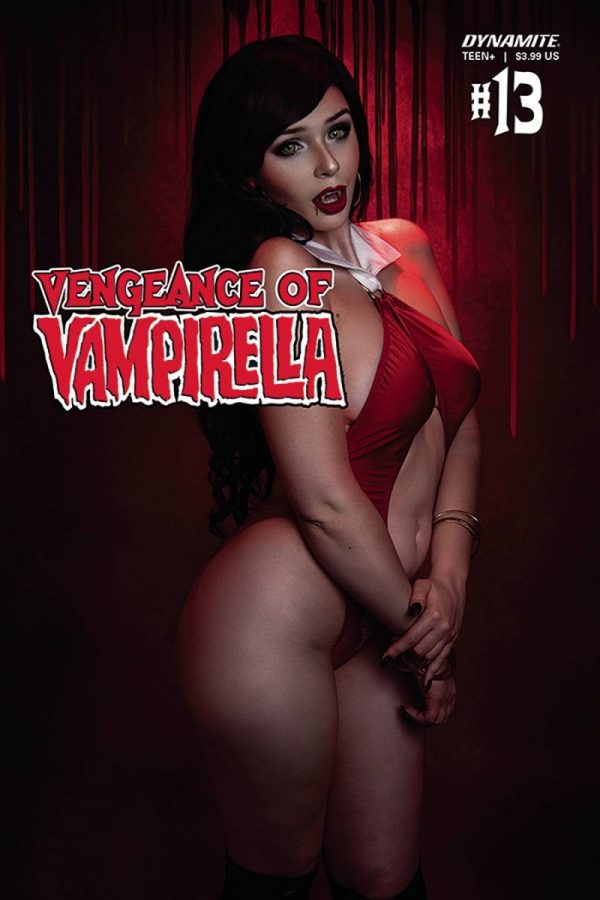