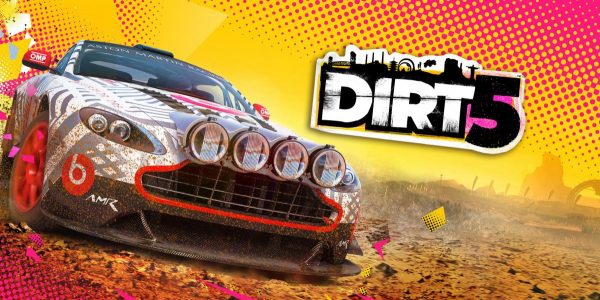 There’s something to be said for the comfort of familiarity in these troubling times, and while the latest entry into Codemasters’ Dirt racing series won’t leave many blown away, it is nevertheless a sturdy example of a reliable racer that’s undemanding and perhaps all the better for it.

There are certainly those who will deem Dirt 5 arcade-y to a fault, but as a newcomer to the series who finds frequent irritation with racers which defer to floaty handling in the quest for “realism,” the game’s ultra-precise, quasi-magnetic controls felt practically divine.

Furthermore, as a package this isn’t a game which overwhelms with excesses of in-game systems and Things to Do; yes, there are branched dolings-out of XP, liveries, and other totted-up gumph, yet never to the extent that you’re required to juggle five types of esoteric currency in a cynical attempt to nudge you towards a microtransaction spend.

Keeping it simple is the design philosophy throughout, and while that might disappoint more ardent, hardy racing enthusiasts, for me – someone who gets quickly turned off by technical minutiae in the genre – this was just the casual-skewing experience I wanted. 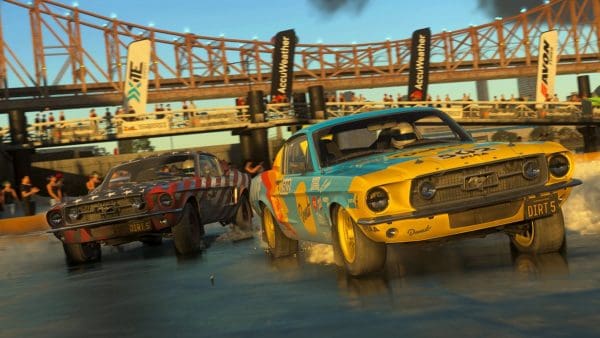 The bulk of your time will likely be taken up by the Career mode, which sees you tackling more than 120 events scattered across the likes of Brazil, Morocco, China, Italy, Norway, and the United States. It’s all very straight-forward; most of the tracks are simple races to the finish, sometimes throwing in ramps for kicks, while just enough diversity abounds with the trick attack-style Gymkhana levels and Pathfinder courses, where you need to find the most efficient way to traverse treacherous terrain.

Though the only moderate variety of engagements on offer might make the Career mode seem prone to repetition, I nevertheless remained firmly engaged due to the accessible driving mechanics and also the ever-present loop of racking up achievements in each course (such as performing a certain number of overtakes, maintaining a high speed for so long etc).

In addition to the main events, there are boss-style Throwdown sorties that tout promise, though ultimately don’t amount to much more than basic rival races for the most part. Still, there’s a lot of compulsive fun to be had in the “campaign” once you get into its hypnotic groove, even if it probably could’ve turned the difficulty screws a little tighter overall.

Still, Codemasters deservers considerable praise for ensuring that peripheral activities like buying cars and dealing with sponsors don’t ever feel like a tiresome, grindy time sink. This is absolutely a game that respects your time, free of the excess gating and busy-work present in other racers.

Elsewhere the typical arcade racing options are on offer, and those who wish to play with others will benefit from both four-player split-screen and 12-player online races, though what may well keep players coming back time and time again is the deliciously entertaining Playgrounds mode. This allows players to create their own Gymkhana-style event tracks, using a wide variety of ramps, loops, and so on before sharing it with the world. 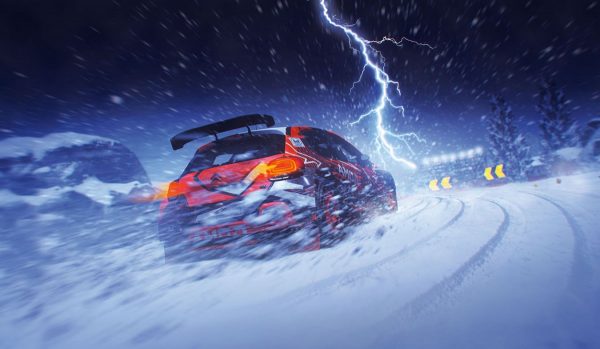 If, like me, you’re far more fond of playing others’ tracks than building them yourself, you’ll surely get a major kick out of the tracks already available, and once the game hits general release, one hopes the community fully embraces what could – and should – be its marquee feature.

Presentationally, Dirt 5 is a handsome enough experience in the moment-to-moment driving on PS4, with much of the heavy lifting done by the sheer majesty of the natural locations. The ambient effects as light breaks through mountains in the background or rain splashes on the ground are solid, but hardly a storming last-minute showcase for the console as it enters its final days.

Even on base PS4, the game does intriguingly allow players to switch between standard 30fps and a 60fps “performance mode,” though I found the latter so abjectly hideous – between the low-res textures and abundance of screen tearing, the latter of which Codemasters is reportedly due to fix – that I quickly switched back to 30fps. Mercifully, Codemasters will be allowing a free upgrade to next-gen versions, though frustratingly there’s no facility to transfer saves, so if you’re patient enough you might just want to wait for your shiny new box of choice to turn up before starting.

Next-gen play should also give the game a much-needed performance boost where loading times are concerned, as they are rather on the lengthy side here, lasting upwards of 30 seconds for most races on a launch PS4. 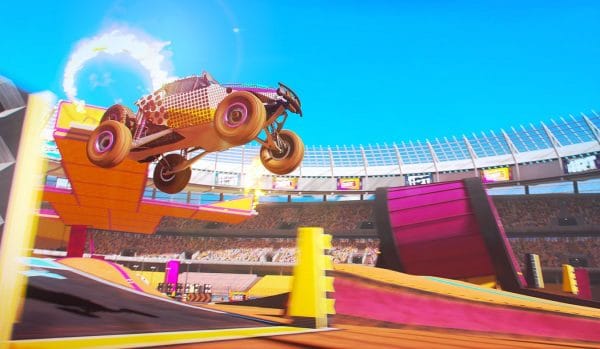 Aurally, there’s nothing here which sets the genre alight, but the purr emanating from the vehicles is full-bodied enough, even if the real highlight is the diverse soundtrack, ranging from the likes of Twin Atlantic to Stormzy, Pearl Jam, and, New Found Glory.

Dirt 5 also packs in voiceover work from Troy Baker and Nolan North as Alex “AJ” Janiček and Bruno Durand, two sparring racers who guide you through the Career mode. Their squabbling is cute for a few minutes and the duo’s vocal prowess is never in doubt, but I found myself skipping their chit-chat soon enough because it just wasn’t funny enough to be worth the extra wait to get back on the racetrack.

It is absolutely right to say that Dirt 5 is more of a utilitarian racer than a particularly deep one, and to that end it will surely leave the hardcore racing crowd craving a large swath of tune-up features. The vehicular line-up is solid, though, while the locations burst with colour and atmosphere, and if hardly the most feature-rich racer on the market, it captures a breezy, hair-in-the-wind chill-time mood exceptionally well.

It may not reinvent the (steering) wheel, but Dirt 5 dishes up traditional racing thrills with a deft sense of fun, and I can’t wait to see how the PS5 glow-up looks. 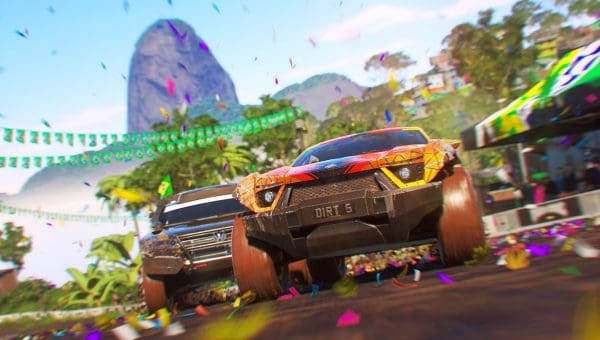 Cons:
– May be too simple for some.
– Career mode is fairly repetitive.
– 60fps mode is disappointing.
– Career characters are grating.