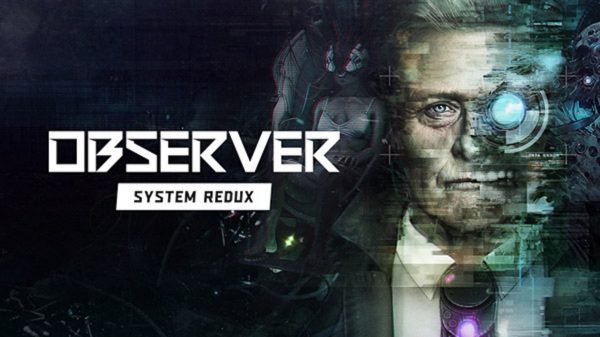 Some three-plus years after its initial release, Bloober Team’s (Layers of Fear) sci-fi horror joint Observer returns in a nifty new “System Redux” version, intended to right some of its prior wrongs while also delivering a shiny visual update. And though the Rutger Hauer-led game is still a success qualified by its share of rough edges, it most often succeeds on the merits of its well-trained, sumptuous sensory assault.

The year is 2084, and humanity has been irreparably altered by a digital plague called the Nanophage, killing thousands who opted to augment their minds and bodies with cybernetic implants. With the world now in the wake of a brutal war, nefarious mega-corp Chiron has taken control of Poland, placing citizens under the control of Observers, police officers authorised to hack into augmented minds for whatever purposes they see fit.

Observer Daniel Lazarski’s (Hauer) life changes forever, however, when he receives a distress call from his son Adam, who soon enough disappears. With just a scattering of clues, Daniel must discover his son’s whereabouts and make sense of an increasingly large pile of bodies, hacking their implants to investigate their final memories.

Though Blade Runner is the most obvious pop-culture touchstone for this Hauer-starring, grimy slice of cyberpunk, it also owes almost as much to David Cronenberg, given the generous morsels of twisted body horror presented throughout, as humans are fused with machines in ways both fascinating and revolting. 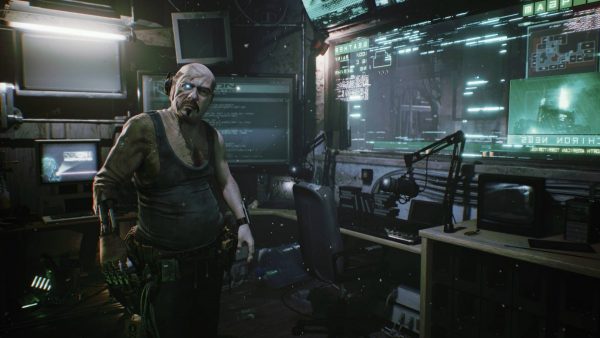 Though it’s ultimately fair to say that Observer‘s story is a bit of a hodgepodge, a smattering of interesting concepts without a consistent through-line, it’s nevertheless easy enough to accept given the sheer lived-in nature of the sprawling, seedy world.

Tempting though it is to dub the game a “walking simulator,” this detective yarn is a bit more substantive than that, especially as it pertains to the investigative gameplay. Players are able to use two different fields of vision – Bio and Electromagnetic – to scan the environment for clues, in addition to jacking into victims’ minds to enter fragmented, usually nightmarish remixes of their final memories.

Though a lot of Observer is focused on walking through dimly-lit tenement hallways and being dragged into perception-stifling memory states, there are also a number of puzzles and mini-game-like sequences to work through.

Given that the hacking and stealth excursions – the former pitting players against a recurring, stalker-like antagonist – were easily the most widely loathed aspect of the original game, many will be relieved to hear that the hacking can now be skipped entirely, and the stealth portions have been re-built and streamlined to the point where they’re basically completely trivialised. 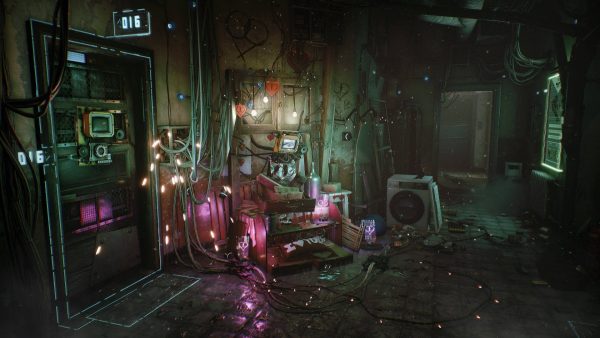 As for what else is new, the game contains three new story cases, there are a few added acknowledgements that star Hauer is sadly no longer with us, and in by far the most striking addition, a stylistic overhaul for next-gen (well, now current-gen) platforms, by way of jaw-dropping 4K graphics complete with ray tracing support.

The PS5 version of the game also offers functionality for the DualSense controller, with dialogue and ambient sound effects being played through its speaker. Haptic feedback is meanwhile used to accentuate the audio-visual dissonance of the memories you jack into, while the adaptive triggers present a pronounced tension when opening doors; the latter feels surprisingly tactile and represents easily the most inspired use of the DualSense in the entire game.

At the end of the day, Observer is still fundamentally a bit uneven despite this re-tuned iteration, with a few frustratingly esoteric puzzles grinding the pacing to a dead halt, as if to pad out the already brief play-time. In one instance, I expected such an obtuse solution to one of the puzzles that I took far too long to realise the game had actually glitched, making said puzzle – involving a TV you need to “chaperone” – impossible to complete and forcing a checkpoint restart.

Playing Observer as a console title also proves irritatingly fiddly at times; gripping objects by pressing R2 and then moving the analog stick in the desired direction never feels natural enough, and using the controller to zoom in on scannable objects in Bio-Vision will also leave many desperately wishing they were using a mouse instead.

But some of its ropier elements are easier than usual to forgive because this is such an incredibly presented piece of work – once you get past the jarringly low-res opening video clip, that is. This is a game that weeps atmosphere from its every pore, awash in imagery at once gorgeous and resolutely haunting; truly, this is a game that’ll make you want to shower after playing. 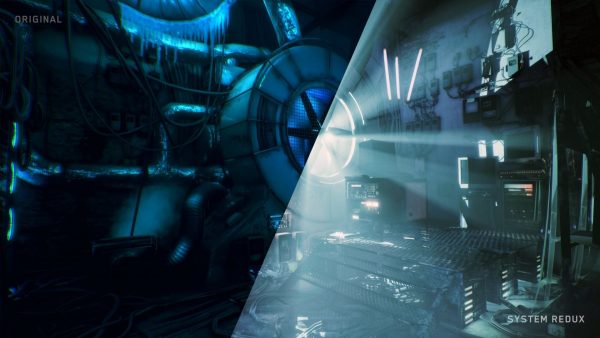 Though Observer was certainly a handsome game in 2017, much of its added visual impact in 2020 can be attributed to the inclusion of ray tracing, ensuring every neon sign and photo-real lighting effect pings lovingly off as many surfaces as possible. I stopped many, many times throughout simply to take a quick screenshot, though the unfortunate trade-off is that ray tracing results in colossal frame-rate drops through substantial portions of the game.

There are also times where the gameplay doesn’t quite service the aesthetics adequately; despite its enticingly cinematic style, it’s a shame the game effectively locks you in place for many of its dialogue exchanges, especially those where you’re chatting to the tenement’s residents who are on the other side of a door. Having to often spend up to five minutes staring at the dull sight of a gorgeously-rendered door does seem rather short-sighted, particularly in a game that can be easily beaten in around five hours.

The fact that so much more thought has been put into the visuals than the gameplay or story makes Observer at times feel more like the world’s most impressive conceptual tech demo than a fully-formed game – an excuse to execute a number of mind-meltingly surreal memory-dive sequences which are totally spectacular and easily the reason to play the game.

On the aural side, Arkadiusz Reikowski’s score rustles up the pulsing, synthy mood you’d expect from the aesthetic, while the incredible sound design during the nerve-jangling memory sequences is perfectly primed to make your lizard brain recoil and your hairs stand up on end. All of the game’s voice acting is meanwhile rock solid, with Rutger Hauer bringing an appealingly world-weary quality to Lazarski, skirting clear of gravelly noir cliches to offer up a man who spits suffering in every syllable that escapes his mouth.

All in all, this still feels a few tweaks away from being the definitive version of the game, but it’s definitely a studied improvement. If remaining a fundamentally flawed experience, Observer: System Redux is a gorgeously nutty dive down the sci-fi horror rabbit-hole, and an impressive show-piece for your new hardware of choice. 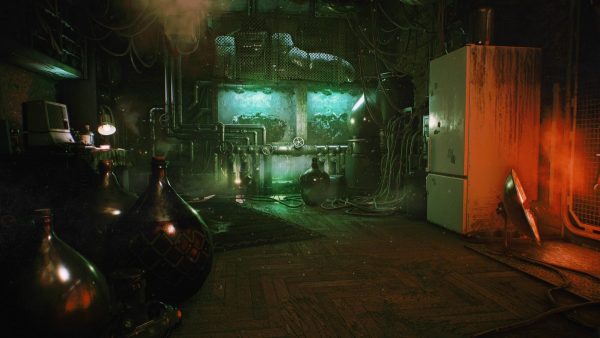