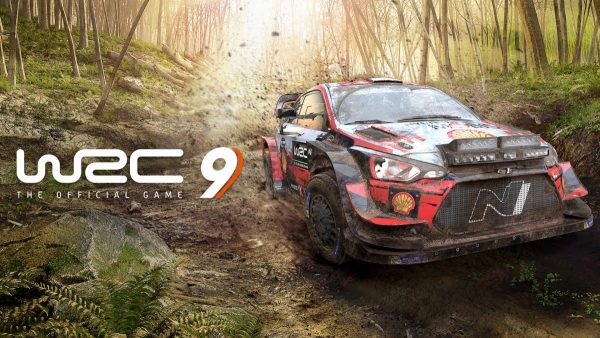 I’ll preface this review by confessing upfront that I’m not much of a rally racing game guy; I flirted with the Colin McRae Rally series in my younger years and gave Dirt Rally a go in VR, but I tend to gravitate more towards arcade-skewing racers like the recently-released Dirt 5.

But the positive early word on WRC 9′s implementation of the PS5’s DualSense controller drew me in immediately, and I’m so glad it did. The DualSense has already been dubbed a game-changer for many disparate genres, but from my own play-testing its most intuitive and tactile utility just might be in racing games, as terrifically exemplified here.

This is my first dive into the WRC franchise, so I couldn’t even begin to compare it to prior entries in the series or really other rally titles, but I can attest that WRC 9 is a whole lot of fun speaking as someone who finds the technical minutiae of simulation racers painfully dull. It is, in my limited knowledge, a fairly routine rally simulation game, albeit an accessible one that I was able to (mostly) follow, no matter how terrible I am at reading pacenotes.

For sure, this is a technical racer, filled with treacherous routes across countries as disparate as Monte Carlo, Portugal, Finland, Mexico, New Zealand, Wales, Turkey, Sweden, Kenya, and Japan. Courses are littered with bumpy roads and hairpin turns sure to have you instinctively swerving your body like a lunatic, the tracks seemingly committed to pulling you off the road with even a relatively minor mistake. 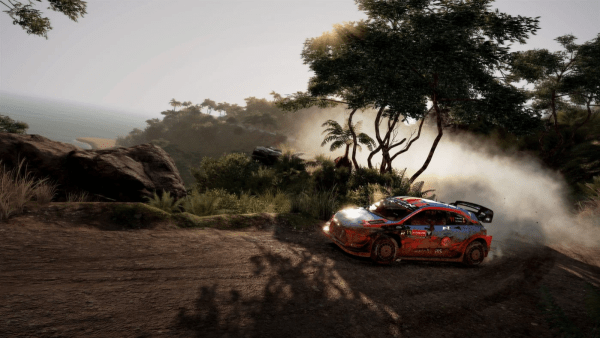 This is not the sort of hypnotic racer like Dirt 5 where you can quickly find a zen-like sense of flow and simply zone out; you need to concentrate at almost all times, yet the vehicular handling nevertheless feels fair in its realism. Given the propensity for screwing up, though, it’s a shame there isn’t an instant restart option for races; as opposed to the common sense approach of restarting tracks with a tap or two of the touchpad, you have to confirm through two menus before being allowed to restart, which feels relatively tedious for a title on new-gen hardware.

But again, we return to the star of WRC 9 – the DualSense controller, which is a transformative enough piece of kit to make this highly competent racer so much more memorable than it otherwise would be. A diverse library of sound effects are pumped through the controller as your car rattles around the courses, but the DualSense really comes into its own where the haptic feedback and adaptive triggers are concerned.

You’ll feel an intense rumble over the surface of the controller as you skid across icy terrain, and a distinctly more granular sensation as you speed atop gravel. It creates a sand-in-your-toes tactile quality quite unlike anything I’ve ever felt in a racing game, while in the adaptive feedback stakes, the right acceleration trigger pushes back as the car changes gears, and the left brake trigger will require a little extra squeeze to slam to a stop. Push the brakes too hard, though, and the game will let you know about it with a rat-a-tat sensation.

In locomotion, there’s an enormous amount of control over your trigger depression, allowing you to lithely feather the acceleration during especially hairy portions of a track. Again, as someone who struggles with pacenotes at the best of times, it provided a whole other level of guided feedback, and absolutely made me a better racer. 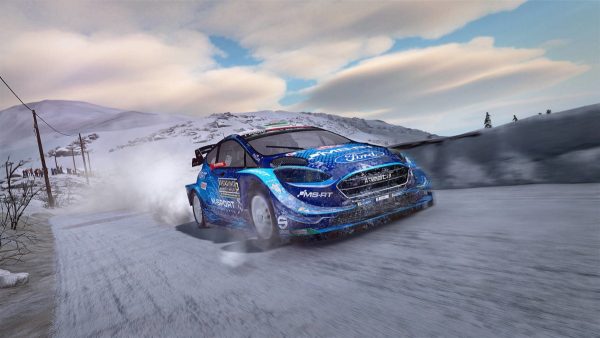 The mode sure to take up most of your time in WRC 9 will be Career, which takes you through the ranks of the WRC. In addition to racing and training, you’re required to deal with the day-to-day business of racing – of hiring a crew and managing their morale, keeping sponsors pleased, paying bills, building an R&D tree, and finally, tweaking your car. It sounds complex and involved, yet the game keeps it simple enough that those generally uninterested in such features – such as myself – can largely let these things play themselves without too much engagement.

And if you want to streamline the experience, the adjacent Season mode offers basically the same experience minus the crew management aspect. Elsewhere, there’s the usual casual-focused quick play offering, and a training area to hone your skills.

But for my money, the game’s easy highlight is its Challenge mode, where you can take part in 50 increasingly fiendish tests of your vehicular mettle in order to win medals. Most of the courses are short, bite-sized time trials, which makes it fun to keep retrying them for the glorious gold while keeping frustration minimal.

8-player online multiplayer certainly touts plenty of promise, though sadly despite making numerous attempts to find players during various days of the week post-release I was unable to start even a single race. It’s not a total loss, though, as the game also ships with a two-player local split-screen mode. In addition to all this, there are weekly challenges to complete and the much-requested Clubs mode, allowing players to create their own bespoke championships, ensuring the package is a pretty feature-rich one. 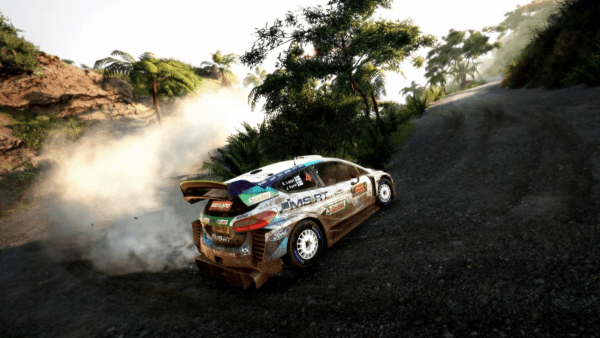 Technically, WRC 9 isn’t a jaw-dropping showcase for new-gen tech, but the vehicular models do look quite spectacular for the most part, even if the surrounding environments unfortunately prove to be more of a mixed affair.

As much as you can practically taste the dusty gravel, the trees and general foliage can’t avoid looking like cardboard as they do in so many other racing games, while I was quite disappointed at just how poorly the game rendered – or rather, barely did – reflections in rainy puddles. And let’s not forget the human crew members you’ll periodically encounter during play, who look laughably outdated. Nevertheless, racing runs at a consistent, buttery smooth 60fps in 4K on PS5, which was evidently far more of a concern to developers Kylotonn than life-changing textural fidelity.

Sound-wise, the music mostly goes in one ear and out the other, but the moment-to-moment engine effects have an extremely appealing heft to them, having apparently been re-designed since the previous game. The aforementioned environmental scuff sounds played through the DualSense speaker, meanwhile, also add a neat visceral quality.

It isn’t so much that this rally romp is an outstanding game in many measures, but everything it tries its hand at it executes well, and for more casual racing fans keen to dip a toe in, it’s a far more approachable effort than you may be expecting – and all the more easy a sell if you’re playing on PS5. More than anything else, WRC 9 is a tantalising demonstration of the DualSense controller’s potential to elevate well-crafted experiences into truly exceptional ones. 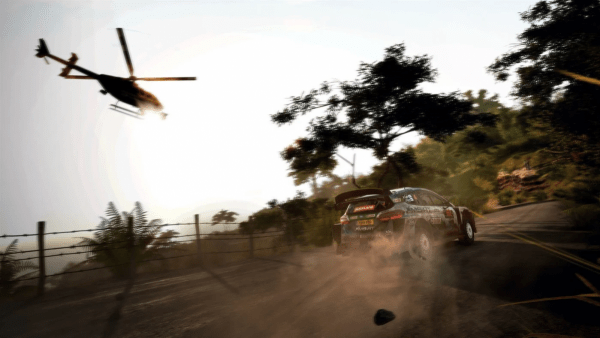