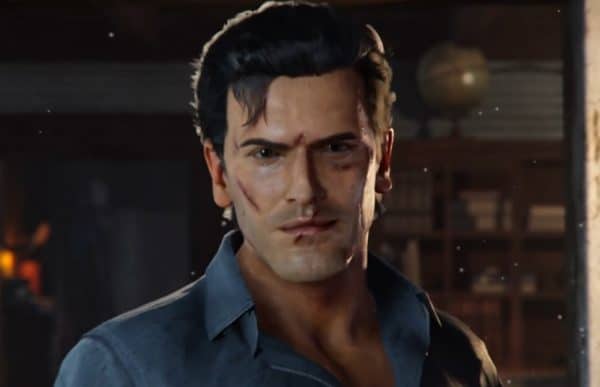 Grab your shotguns and chainsaw as we enter the twisted world of Evil Dead once again. Though, this time, the long-running horror film franchise is going back to the video games.

The Game Awards 2020 announced that Evil Dead: The Game was coming to PlayStation 5, Xbox Series, PlayStation 4, Xbox One, Switch, and PC in 2021. This multiplayer experience can be played against friends in PvP or through a co-op gameplay style.

In the trailer, we got a little bit of the now-iconic recap from Army of Darkness, but this version of Ash looks more like his Ash vs. Evil Dead self. This marks the first Evil Dead video game since 2005’s hack and slash game Evil Dead: Regeneration.

“I’m excited to be strapping on the chainsaw one more time,” said Bruce Campbell, who has given life to Ashley J. Williams across multiple films and the recent Ash vs Evil Dead television series. “Boss Team and Saber Interactive are planning a huge immersive dealio, and I knew I had to come back. You’ll be able to step into my shoes and kick some Deadite ass!”

Work together as a team of four survivors, exploring, looting, crafting, managing your fear, and finding key artifacts to seal the breach between worlds. Or take control of the powerful Kandarian Demon to hunt Ash and his friends while possessing Deadites, the environment, and even the survivors themselves as you seek to swallow their souls! 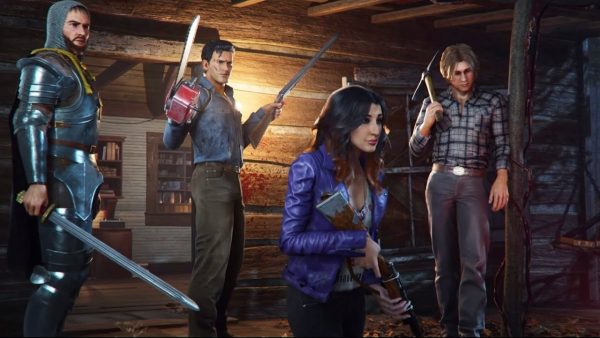