Dynamite Entertainment is teaming with fan-favorite comic book and collectibles YouTuber Gem Mint Collectibles for an exclusive Vampirella variant cover from artist Ken Haeser, which is available in standard, virgin and black and white editions. 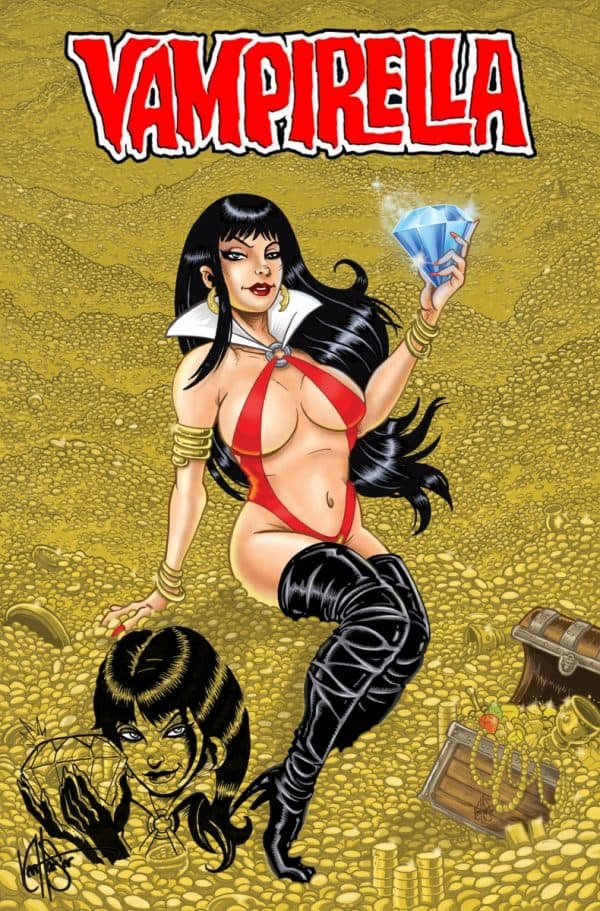 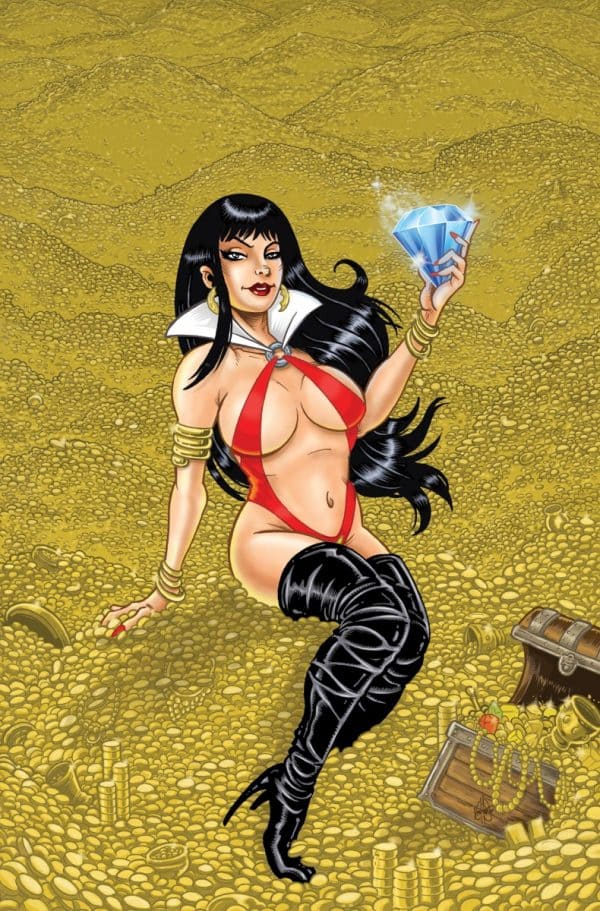 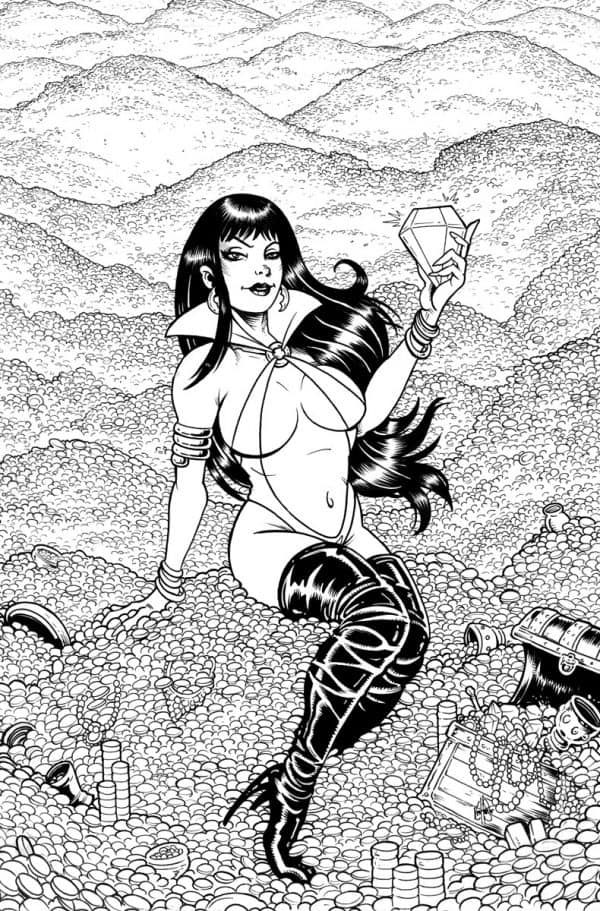 Underneath the Gem Mint Collectibles cover is the yet to be released Vampirella #16, which kicks off the epic second-year cycle of the smash-hit 50th-anniversary relaunch of Dynamite’s flagship character from writer Christopher Priest. The vampiric vixen must now return to her home planet of Drakulon in search of her missing mother, with whom she has a very complicated relationship. But first she must find the man who brought her to Earth in the first place and re-create the miraculous moment from her origin.

SEE ALSO: Love is in the air with Red Sonja and Vampirella Valentine’s Day Specials 2021

The Gem Mint Collectibles cover is available to order now via IndieGogo.