Bret Easton Ellis is known for writing classics such as American Psycho, The Rules of Attraction and Less Than Zero. His latest project is the horror film, Smiley Face Killers, starring Crispin Glover, Ronen Rubenstein, Mia Serafino and Cody Simpson. The film’s synopsis reads, “As a murderous cult arrives on campus, Jake (Rubenstein) finds himself plagued with mysterious messages that lead him and his friends down the rabbit hole towards murder and mayhem. With pressures closing in from all sides, he must decide if the cryptic messages are a prank or if his life truly is at risk. As his friends begin to vanish, he realizes that he may be the next one in the crosshairs and death is about to come knocking”. One of the creatives involved with the project is award-winning cinematographer Michael Marius Pessah, who has a vast resume including documentaries, mini-series, films, museums, mobile devices and shorts. He has become known for his work in black and white, as well as his bold use of light. 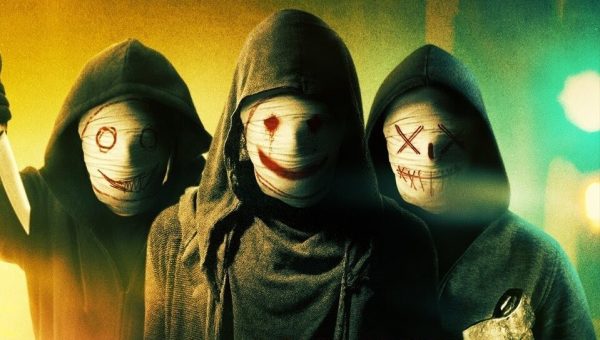 We wanted to get some insight on his creative process for Smiley Face Killers, so we talked to him exclusively about everything from what pre-production looks like for him, to working with director Tim Hunter.

How did you become involved with Smiley Face Killers?

I was fortunate enough to collaborate with Bret Easton Ellis and producer Braxton Pope on the series The Deleted, a show I’m really proud of. Soon thereafter we got together with Tim Hunter and filmed a sizzle trailer for the Smiley Faced Killers – some of that footage is in the final cut of the movie. As you can imagine, I was a huge fan of Tim Hunter’s work: River’s Edge, his episodes of Twin Peaks and Breaking Bad to name a few, so I was very excited about what we could cook up.

Can you describe your creative process for Smiley Face Killers. How did you decide the look of the film?

One thing I’ve always said is that every genre film is in a dialogue with all the films of that genre that preceded it – that’s why they are so interesting to make. It would be difficult to film Get Out without being aware of Halloween or Amityville Horror, similarly it would be tough to shoot 500 Days of Summer without seeing When Harry Met Sally or Pillow Talk. So we spent quite a bit of time talking about other films of the genre and what we wanted to embrace and what we wanted to stay away from.

Both Bret Easton Ellis and Tim Hunter have an extraordinarily deep knowledge of cinema and also a strong aesthetic sensibility of their own that they’ve crafted over the decades so it was a lot of fun developing a look with them. In the end, the look of the film is of a hazy Southern Californian daydream that slowly turns into a nightmare.  We wanted to turn a lot of the Socal iconography inside-out.

What does pre-production look like for you on a film such as Smiley Face Killers?

Preproduction on this film was unusual for me.   I was still filming Saving Flora – a family adventure that couldn’t be more different! – when SFK was scheduled to start production.  Jan Wielski started the movie off and did a brilliant job with all the Vegas cinematography.

After I was able to resume work on SFK, there was a lot of scouting with Tim Hunter and Braxton Pope for locations that would give the film it’s very unique tone.  Much of the work in developing the look of the movie had happened earlier when we shot the trailer for the film, so it was mostly a matter of making the practicalities of production bend to what we imagined. The beach scene is an excellent example of that – we built campfires along the beach in strategic spots so the smoke would rise up and catch our moonlight. The car chase necessitated us have to set lighting trucks along long stretches of deserted road, and then figure out clever ways to hide them. 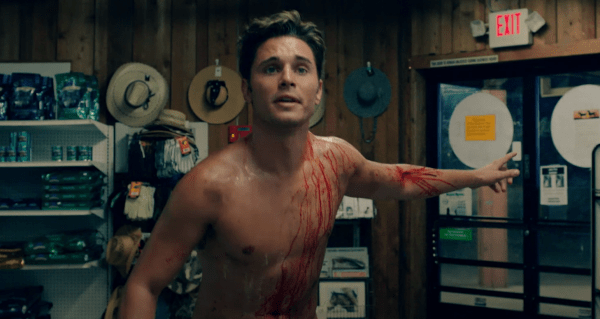 Tim Hunter directed Smiley Face Killers. Was there anything in particular you learned from him during this production?

One of the things Tim does as a director that is so extraordinary is that he really understands how to block his actors using the depth of the frame and the set. Many directors just move their actors around the X and Y axis of the screen – Tim really understands how to use the 3rd dimension to add additional dynamics.   It’s tricky enough when it’s a simple scene, but Tim is able to do this with very complex scenes with a lot of characters and movement.. it can turn your brain into knots but Tim is sort of a chess master and he makes it look easy.

Did you shoot Smiley Face Killers before the pandemic? How has the pandemic affected your work?

We did shoot it before the pandemic. Of course it would have been more difficult if we were filming it now, but we would have found a way. The biggest way the pandemic has affected my work is that it has made communicating onset more difficult. It’s harder for people to hear you talk behind the mask and the PPE, and most importantly you lose your smile and so many of your non-verbal cues. You can’t whisper in the director’s ear or let the focus-puller see that you are appreciating her work, and all the subtle things you do to keep a set moving along happily. I really like to keep my set as a fun, joyful place to work and it’s just harder to do that under the necessary safety protocols. I joked about drawing a smiley face on my N95 mask, since no one can see me smile anymore, but I decided that it would be more creepy than amusing, ha!

You have a documentary film coming out called Body Electric. What can you tell us about this project?

I’ve been working on that documentary for many years with Nick Demos and Gio Messale. It’s about issue of body dysmorphia within the LGBTQ+ community.  It’s a very meaningful story to tell, and there’s some great interviews we’ve filmed. I’m lucky to be able to work in both scripted and documentary projects – you always learn things from one that you can apply to other. 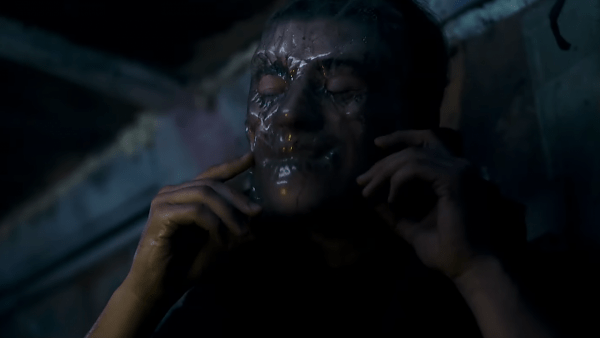 Is there a show you are currently watching that the cinematography really stands out to you?

Like many people, I’m blown away by Steve Meizler’s work on The Queen’s Gambit.  Searching for Bobby Fischer is one of my very favorite movies, so it had big shoes to fill and it more than did so… Just beautiful portraiture and visual storytelling. Mank, photographed by Erik Messerschmidt, ASC is gorgeous too.

Who are your current influences?

Nicolas Roeg is always a source of inspiration, his movies (most of them photographed by Tony Richmond, ASC) are so trippy and avant-garde and visual but also have so much heart to them. Don’t Look Now and Walkabout get me every time. I love everything Natasha Braier, ASC films – she filmed some Hennessy commercials with Nicolas Winding Refn that are jaw-dropping. I’m a huge fan of Gregory Crewdson’s photography, and he has a new series called An Eclipse of Moths that is very compelling visually – each photo tells a very strange a beautiful story.

How did you originally break into the industry?

I had a New York Public library branch with a good VHS Collection nearby as a kid. I watched every movie they had that Roger Ebert gave a ‘4 star’ review to on these really grainy old cassettes – that was my first film education. After studying a lot of experimental cinema at Hampshire College, I was an intern at Curious Pictures. They had small motion control studio inside their office on Lafayette Street. There I got to see many top cinematographers work, and many of them were kind enough to let me load the camera or generally pepper them with questions.  As soon as I saw them at work, I knew exactly what my dream job was and I never looked back.  I filmed every low-budget movie and music video that I could, and eventually studied Cinematography at the AFI Conservatory – a life changing experience. 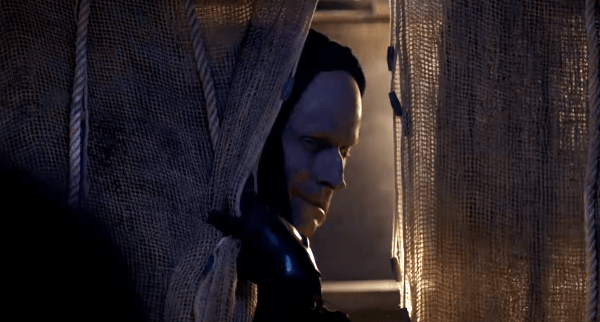 I filmed a very interesting project called I Dared My Best Friend to Ruin My Life for Michael Morgenstern. It’s sort of Fight Club meets Scott Pilgrim. I have an upcoming film, in black and white, for Matthew Mishory called Mosolov’s Suitcase – we shot on film at Moscow’s legendary Mosfilm Studios. I’m currently filming a Netflix documentary series, and I’m in preproduction on a single-location horror film that will be very scary and innovative. The horror/thriller genre is so much fun to work within and is always a place where much innovation begins – from Nosferatu to The Thing. I’m lucky that I get a chance to make movies in that idiom and that the fanbases in communities like Flickering Myth are so supportive of the work.

Many thanks to Michael Marius Pessah for taking the time for this interview.