“Carnage is a hell of a character,” said Percy in an interview with CBR. “One of the most terrifying villains in comics. When Marvel reached out to me about contributing to this Black, White, & Blood collection, I couldn’t say yes fast enough. My heart is poisonous after all. And my brain is a twisting ball of centipedes. So he’s someone readymade for my foul handiwork. I was immediately drawn to the freedom of writing out of continuity. I grew up in the West. I’ve always been obsessed with westerns. In my former life, I was a professor, and I used to teach a graduate course called (re)Writing the West. So that’s where my mind instantly gravitated…. what if Carnage were alive back then? In frontier times? Wouldn’t he become an outlaw more infamous even than a Billy the Kid or Jesse James? Indeed, he would. And that was the first dark seed of the story I’ll be telling.”

“When you get the chance to work on a character like Carnage it’s a very fast ‘YES’ and this story is a dream come true for any artist,” added Ken Lashley. “Working with the best writing talent in the biz is a plus as well. I can’t wait to show what we have created. It’s not what people would expect, it’s super exciting.”

Witness the cerebral chaos caused by CARNAGE, brought to life by some of the greatest creators at Marvel! But beware, True Believers, true to their titular character’s namesake, these spine-chilling tales are not for the faint of heart and presented in BLACK, WHITE AND BLOOD! 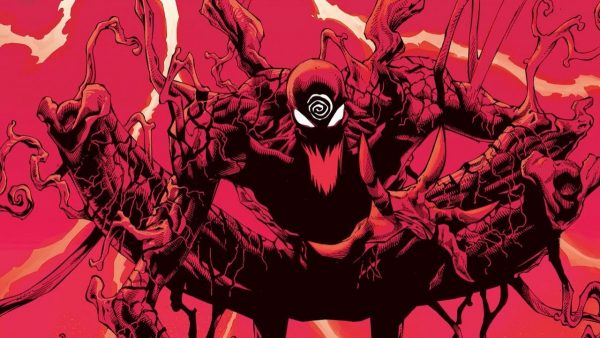