After making his return to the Marvel universe in the pages of Donny Cates and Nic Klein’s epic run on Thor, the former Mjolnir wielder Beta Ray Bill is set to take centre stage in a brand new five-issue limited series written and drawn by Daniel Warren Johnson (Wonder-Woman: Dead Earth). 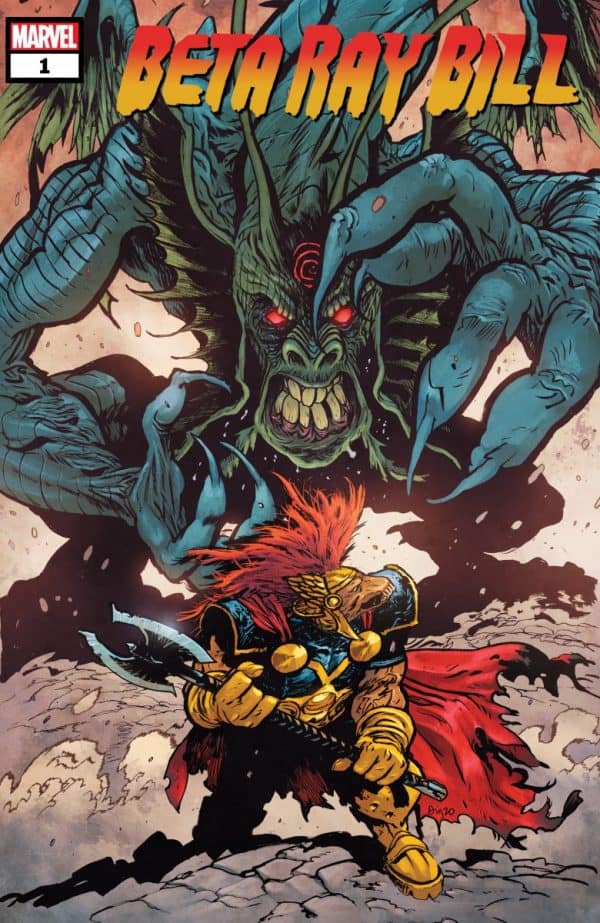 “Beta Ray Bill is literally my favorite Marvel character, so it’s a dream come true, and there are images in this book I’ve been wanting to illustrate for years. It’s even more exciting that I get to write this series in the context of the current Thor universe,” Johnson said. “There’s a lot to unpack with Beta Ray and I can’t wait to share my story with you all.”

Beta Ray Bill is tired of playing second fiddle to Thor – and with Beta Ray’s famous hammer, Stormbreaker, recently destroyed at the new All-Father’s hands, tensions are higher than ever. The mighty Korbinite must strike out in search of a new weapon…and a new destiny. Assuming he can first defeat a Knullified Fin Fang Foom! Joined by colorist Mike Spicer, Daniel Warren Johnson will take Beta Ray Bill on a journey beyond the shadow of a god!