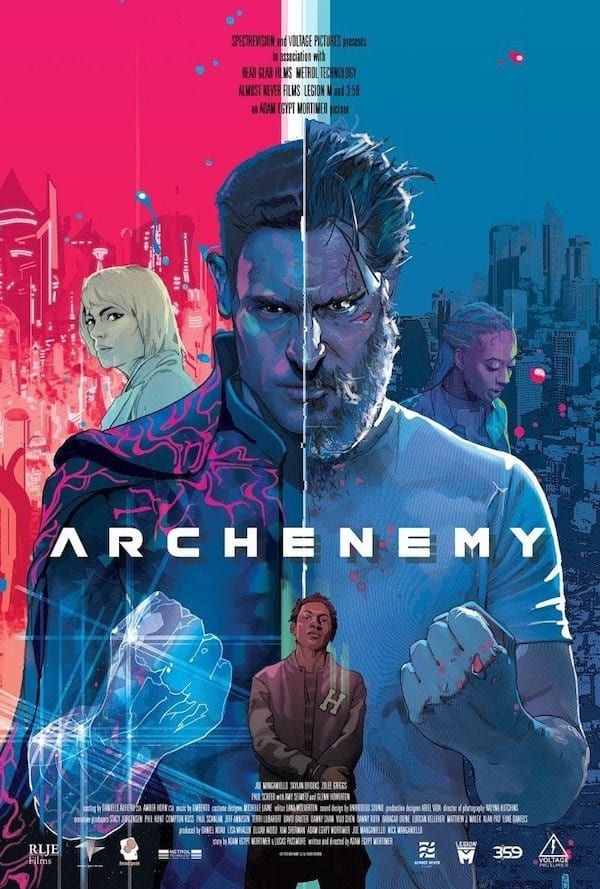 Max Fist, who claims to be a hero from another dimension who fell through time and space to earth, where he has no powers. No one believes his stories except for a local teen named Hamster. 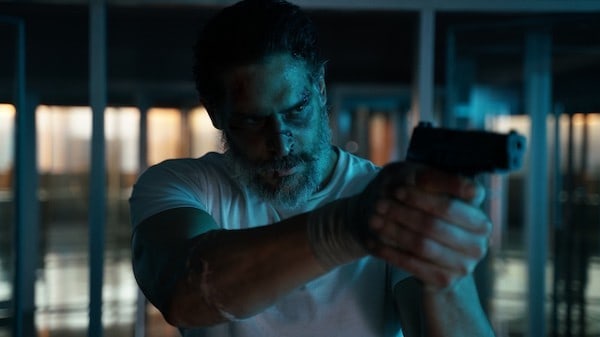 Given that most comic book movie fans are aching for the next offerings from both the Marvel Cinematic Universe and the DC Extended Universe after a year plagued by theatrical delays, Archenemy couldn’t arrive at a better time. Sure, it might not have the same gargantuan budget as other caped crusading adventurers, but director Adam Egypt Mortimer is telling a very different story by analysing super-heroics through a different lens.

In a story written by Mortimer and Lucas Passmore, it deconstructs a god-like superhero facing his own new-found morality as he struggles to grasp his place in the universe. Joe Manganiello (Magic Mike, Justice League) plays Max Fist who becomes an alcoholic after falling through a black hole in the aftermath of a fight with a mysterious villain. Obviously, nobody believes his story. Until an aspiring reporter (brilliantly named Hamster) happens to strike up a bizarre friendship with him.

It’s a little slow to begin with, but watching Hamster and Max Fist grow as a Dynamic Duo helps keep the pace alongside some neat editing. It’s not the first time audiences have seen an alcoholic hero put back on their feet (looking at you, Hancock) but Archenemy takes the time to establish Max’s bleakly aimless existence. Manganiello perfectly captures the troubled nature of the former-hero as he trades grand tales of galactic battles for shots of whiskey as he tumbles down a whirlpool of addiction. 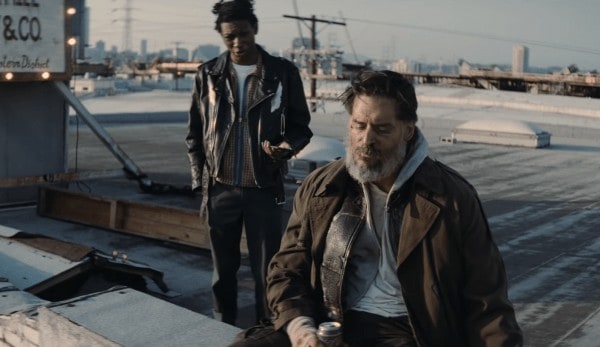 But perhaps the most impressive part of the story is how it weaves in Max’s history, splicing in his final battle in an alternate universe (as well as his origin) all through vibrant and visceral animation that feels ripped out of the pages of a prestige limited comic series. The electric blues and neon pinks in the animation ooze from the screen, wrapping the audience in this heightened reality – which only makes the sharp return back to Earth even more harsh. Is he really a superhero from an alternate universe, or is he just a troubled individual crying out for help to a society that doesn’t care about him?

That’s not to say the “real” world is dull, because it certainly boasts some delightfully colourful characters. It’s Always Sunny in Philadelphia‘s Glenn Howerton makes a welcome appearance as a charismatically vicious crime boss known only as The Manager. Skylan Brooks also brings a positive, inspiring light to balance out Max’s brooding nature. Although he borders the line of being a sidekick, he owns his story from the very beginning alongside his sister, Indigo, played by Zolee Griggs. The only disappointment is that they don’t get more time to explore their backstories a little further as Max’s mystery takes over, but at least they’re compelling to watch.

With superheroes dominating the entertainment landscape, it’s hard not to compare Archenemy to films and shows we’ve seen before. It starts off incredibly cerebral, developing Max before hurling him against a group of gangsters. All in all, the film feels like a vibrantly cosmic take on Netflix’s Daredevil crossed with a dash of Legion for good measure. Obviously, with Manganiello onboard it was always going to feature some ambitious stunt-work. One stand-out action sequence in particular sees him face-off against several thugs which really lets the star (and the character) off the chain in a brutal beatdown. Given that the production likely had a relatively small budget, what the cast and crew manage to pull off is genuinely impressive. 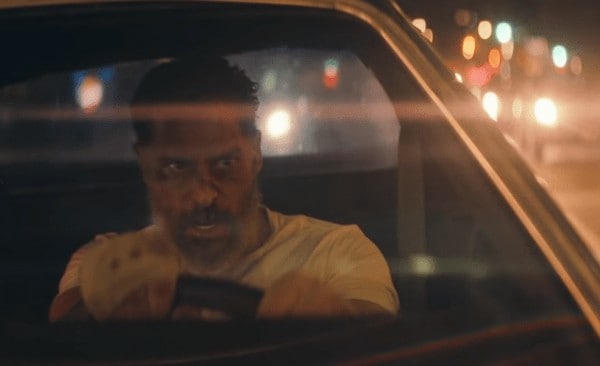 However after slowly building out the world, the finale does feel a little rushed. The finale had plenty of fascinating potential for how Max perceives himself, but it races to a confrontation that doesn’t land as well as it could. That being said, it definitely leaves the audience with a fun idea of where this universe is going. Although it occasionally leans into the usual superhero tropes – Manganiello and Mortimer shed all expectations and explore Max Fist in a fascinating blend of live-action and animation. It’s won’t be for everyone, but there’s a lot to love about Archenemy.