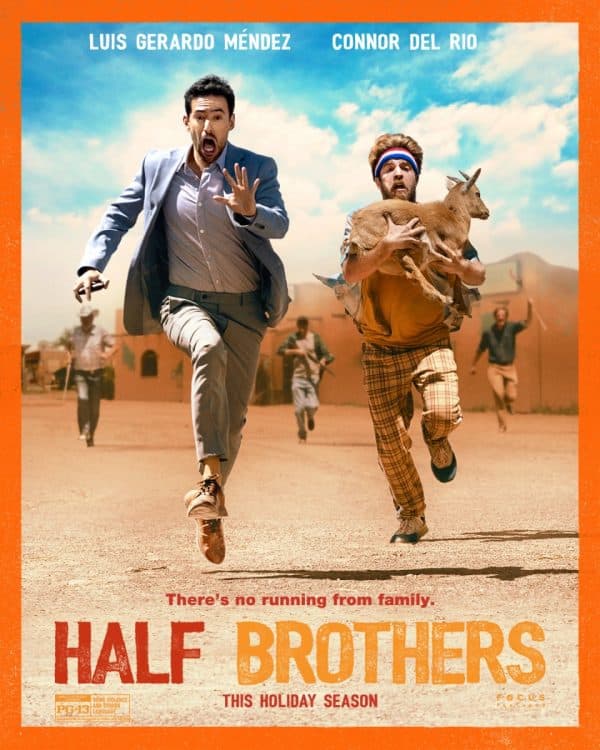 Renato, a Mexican aviation exec, is shocked to learn he has an American half-brother he never knew about, the free-spirited Asher. They are forced on a road trip together, tracing the path their father took from Mexico to the US.

Half Brothers puts a spin on the age-old concept of learning about the existence of new relatives by adding a cultural element; a temperamental, emotionally closed off and hard-hearted aeronautical engineer from Mexico contrasted with a brash, dimwitted, obnoxious, well-meaning, and goodhearted Mexican-American brother. Renato (Luis Gerardo Méndez) and Asher (Conor Del Rio) are polar opposites born of the same blood thrust into a road trip together to uncover the truth behind their father’s life choices that have greatly impacted both of them in dramatically different ways; one has abandonment issues whereas the other is such a goofball he was not only unable to make a connection with his father but now faces the reality of living in the shadow of his successful brother.

All things considered, it’s a fairly decent set up for comedy with more than enough nuanced details of these brothers for the viewers to peel back layers of their psychological behavior as the movie progresses, but director Luke Greenfield (tackling a story and script from Ali LeRoi, Eduardo Cisneros, and Jason Shuman) gives a tonal contradiction that wants the brotherly bonding to be outrageous and absurd (there’s a part where Asher, in what feels like a lost scene from Dumb and Dumber, takes a detour on their road trip to a goat farm where he ends up stealing said goat to give it a better life) despite consistently jumping into exposition flashbacks of their father Flavio (Juan Pablo Espinosa) attempting to paint a melodramatic portrait of an immigrant broken down by chasing the American dream to support Renato as a child back in Mexico. 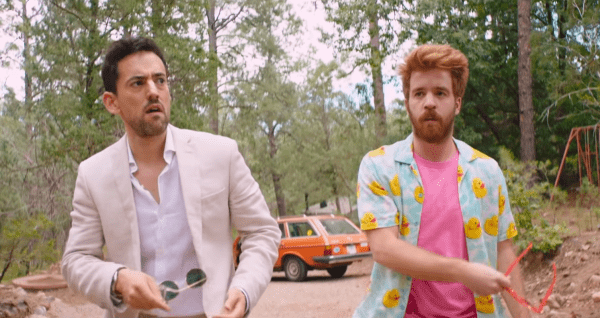 One minute, the brothers inadvertently get inebriated in a rather hilarious attempt to get their car running again, only for the story to launch into a direct and overstated sequence highlighting depressing detainment centers. When it comes to the latter, it would register as moving if the rest Half Brothers wasn’t, well, a regular Luke Greenfield comedy in the same buddy tomfoolery vein of Let’s Be Cops. The director is not the sole bearer of the flaws here, as these writers should know better that for this story to work the humor needs to be grounded in believability and honesty. Instead, we get at least three scenes of the brothers having a tender moment only for Renato to lose his cool against Asher all over again within two minutes. So, not only is it tonally confused, it’s also repetitive.

With that said, the driving factor behind the road trip (beyond learning more about Flavio’s true intentions behind his life choices) is clever, harkening back to Renato’s childhood days of flying RC planes with his father and overall better times. Included in that easier life (before Mexico’s economic collapse) was a playful Flavio that enjoyed creating riddles for Renato to solve, who has crafted one last mystery to solve from beyond the grave. It all leads to organic backstory without the film ever really cheating when it comes to clues the viewer can’t solve. In that regard, the game is fun to play as we watch these two navigate understanding why Flavio chose to stay in America. 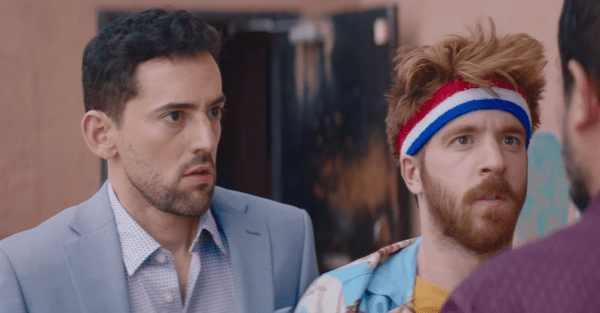 It would be easier to give Half Brothers a slight recommendation if the titular relatives weren’t so extreme in their personalities; Renato comes across as entitled and unlikable while Asher feels drawn a bit too dumb. Narratively, it makes sense why Renato has nothing but disdain for American citizens (something the movie takes advantage of for low hanging fruit jokes that are lame if anything considering there are much better ways to make fun of Americans), is distant from his oddball stepchild always wearing horror-themed headwear that gets picked on for being strange (Renato is about to get married in three days giving the story a ticking clock that never once matters or gives the proceedings a sense of urgency), and why Flavio made his own choices, but it’s all hanging over a movie that is frequently irritating to watch.

It’s a shame when factoring in that plenty of dialogue exchanges between the brothers is funny, but no one held the filmmakers back from an overabundance of situational shenanigans. Going for the easy pun, Half Brothers is only half-decent.