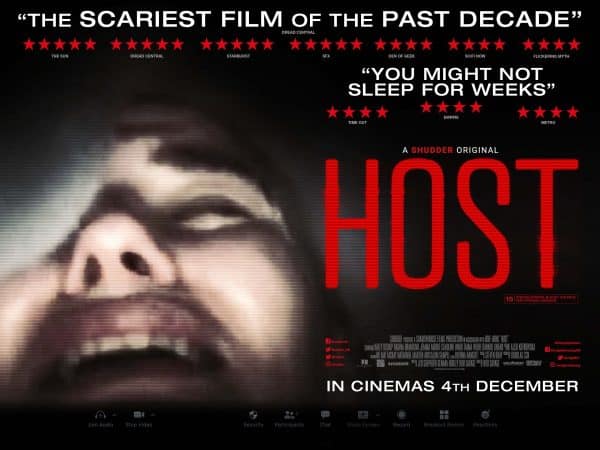 Six friends get together during lockdown for their weekly zoom call. Their normal group chat turns dark when a seance goes wrong. 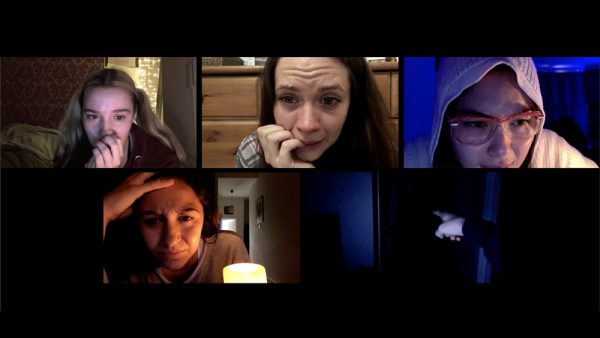 For anyone experiencing life in the last few months, we all know Zoom calls can feel like a horror story. But what happens when someone actually turns this concept into a real horror film? That’s what obviously inspired the creators behind Host, a new horror film exclusively on Shudder. This quarantine-era horror treat is a perfect encapsulation of this time in our society, but also works beyond that: Host is seriously a terrifying experience.

The film follows a group of friends as they meet up for their weekly Zoom session. This is fairly common with groups of friends as many want to practice social distancing but still spend time with their loved ones. Though, not many people are hosting full-on seances over the video chat service like our gang in Host. While trying to figure out what to do this week, Haley suggests this idea, and her friend goes along with it. Though not everyone is taking it seriously and that leads to them opening the door to something far darker than they’d ever imagined.

Right off the bat, this film does something I absolutely love for a horror film to do; it takes a premise we feel comfortable and safe with, and it twists it into something horrifying. This idea worked well for films like Jaws or Final Destination 2, taking beaches and the highway and giving us something to fear. When you allow your viewers to see something they once cherished in a different light, you already won half the battle. Shudder’s Host does a fantastic job of making Zoom scary and bringing terror into what many people use as a safe space during this time. 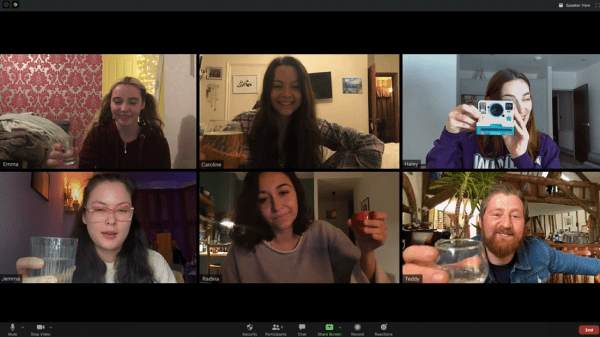 Like found footage before it, this new style of filmmaking – the computer screen film – doesn’t work for everyone. It’s not a completely new concept as Unfriended and Searching have before done it before Host, but none have gone the Zoom route yet. The idea of watching people interact through a video conversation isn’t what people normally think of when it comes to film. Still, in the era of Twitch and constant live videos, it’s also not a completely foreign type of entertainment. I think director Rob Savage and other filmmakers who use this style of filmmaking are very smart and offering up a fun evolution of the popular found footage or “shaky cam” genre.

Something I enjoyed about Host was watching it on my laptop in bed; it almost made me feel like I was right there with the people in the movie. That level of immersion is hard to find in the world of massive blockbusters and high-brow horror. When everything wants to feel larger than life, Host gleefully invades your home and personal space.

It also helps to have a group of talented actors and a director who knows how to craft the exact scare. All of the actors do a wonderful job of feeling like real people, furthering adding the immersion. You feel like you know everyone in the call; there’s a person that fills every trope in a friends group, they bicker like long-time buddies, and they care for them just the same. If I had to spotlight one actor, Jemma Moore was my go-to for the best moments of acting. 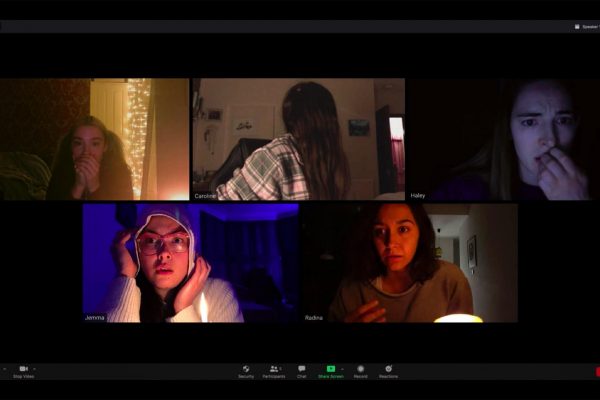 But none of this praise for the style and acting could be possible without fantastic direction from Rob Savage and a screenplay from Savage, Gemma Hurley, and Jed Shepherd. The film shines with how tight and fluid it feels from a narrative sense, and it’s accented with powerful scares and wonderful moments of terror. While there are a bit more jump scares than I normally like in a horror film, each of them is built to perfect tension and not just thrown out frivolously. With what these filmmakers did in a small amount of time and limited resources, it’s truly scary to think about what they can cook up with more.

There’s no doubt in my mind that Host is one of the scariest films of the year. Horror streamer Shudder offers up tons of great horror content, and this is quickly climbing the ranks to the very top. There’s something here that makes it feel like more than just cheap thrills; there’s an unnerving quality that gets under your skin. Grab your headphones, hide under your blankets, and see this wonderful film as soon as possible.