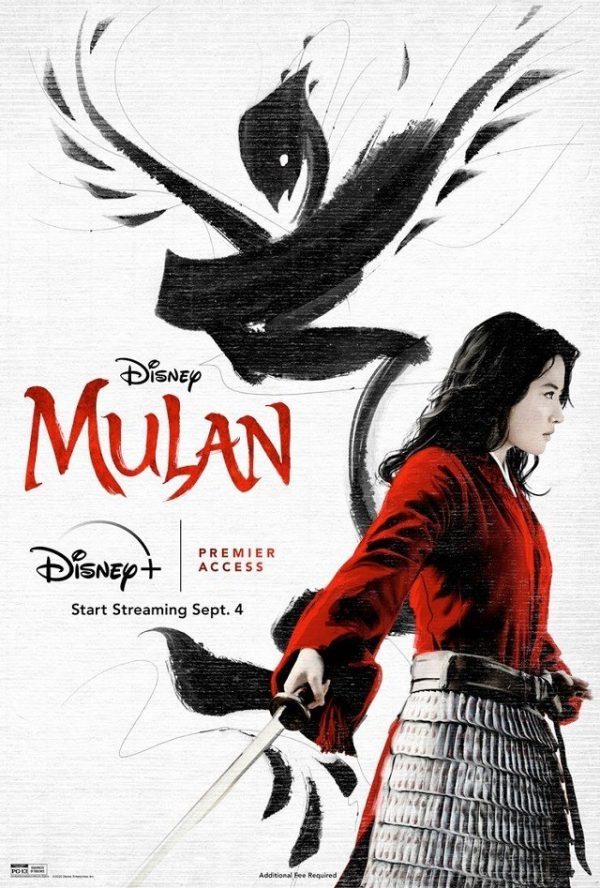 A young woman pretends to be a man in order to take her ageing father’s place as a conscript in the Chinese Imperial Army. The recent wave of Disney’s live-action remakes has been defined by its lack of imagination. Too many of the studio’s new takes on its animated classics have recreated their predecessors far too slavishly, with little innovation other than the potential for boundary-pushing visual effects. So when the first trailers for Mulan began to appear, they felt refreshing. No songs. No anthropomorphic dragon. No Donny Osmond. Plenty of badass, wuxia-inspired action. This was something different to the 1998 animation – a very new Mulan.

Disney and Kiwi director Niki Caro have made a great deal of noise in the run-up to the movie about how they went back to the original Chinese folklore, as much as the animated film, in crafting the story. The film certainly feels like a deeply respectful and reverent take on the classic tale, featuring Liu Yifei’s young woman posing as a boy in order to take her dad’s place as a conscript in the Chinese Imperial Army. Along with her fellow recruits, she must defend the Emperor (Jet Li) from marauding warrior leader Bori Khan (Jason Scott Lee) and his sorcerer ally Xian Lang (Gong Li).

The most appealing thing about Mulan in its early stages is the way in which it refuses to fall into the various storytelling traps presented by the movie. This Mulan is not a lazy, archetypal “strong woman” who rejects her mother’s desire for her to bring “honour to us all” via marriage, but instead someone who firmly believes she can do both. The decisions she makes are not driven by personal ambition, but by her love for her family and desire to protect her father – played with equal parts twinkle and gravitas by The Farewell star Tzi Ma. 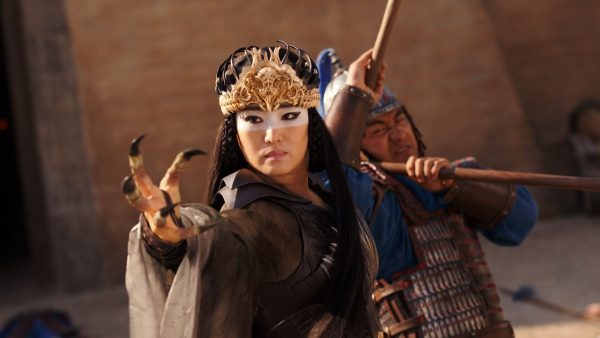 Mulan is a beautiful movie, with Caro and cinematographer Mandy Walker capturing the stunning vistas of China – and New Zealand doubling for China – with a visual style that pops with bursts of colour. The regular appearances of Mulan’s rainbow-coloured phoenix guardian provide striking moments of beauty. The action, too, is simply spectacular, whether Liu is twirling her sword or leaping off walls with gravity-defying control. I can’t remember the last time I saw quite so much wire work in a major Hollywood blockbuster, and it’s an absolute joy to watch.

But sadly, the story flags somewhat when it’s away from the battlefield. The deliberately serious tone saps some of the light from the training sequences and there’s very little spark between Mulan and apparent love interest Chen Honghui (Yoson An). There’s nary a joke in sight – and it feels like the movie needs a couple. It doesn’t help that the script continuously throws in distracting lines that nod to the famous songs from the animation, which feels unnecessary given the way Harry Gregson-Williams’s score is infused with musical homages, which showcase far more welcome subtlety.

It’s also disappointing to see the lack of depth given to the movie’s villains. Jason Scott Lee’s Khan is merely depicted as a bloodthirsty, maniacal war lord, but it’s even more saddening to see Gong Li’s devilish wielder of magic go so under-developed. She’s one of the more interesting additions to this version of the movie – and her powers provide some compelling spectacle – but the movie’s running time finds no room for her story to be told. This leaves her involvement in the final conflict feeling more than a little muted and unearned. It often seems as if Mulan is a more epic film frantically trying to squeeze itself into the clothes of a four-quadrant Disney family movie. There’s so much story and so much gripping action – men spinning backwards on their horses to blast off arrows, for goodness sake! – that the characters are inevitably shifted to the sidelines. Liu Yifei and the rest of the ensemble try their best, but the movie never gives them the time or the tools to flesh out the characters beyond what we already know.

Despite that, though, when the swords are drawn and the arrows begin to fly, there’s a gem of something special to be found in Mulan. It locates a delightful synergy between Eastern action cinema and the Western blockbuster in a way that makes it even more disappointing that it doesn’t quite hit the mark.