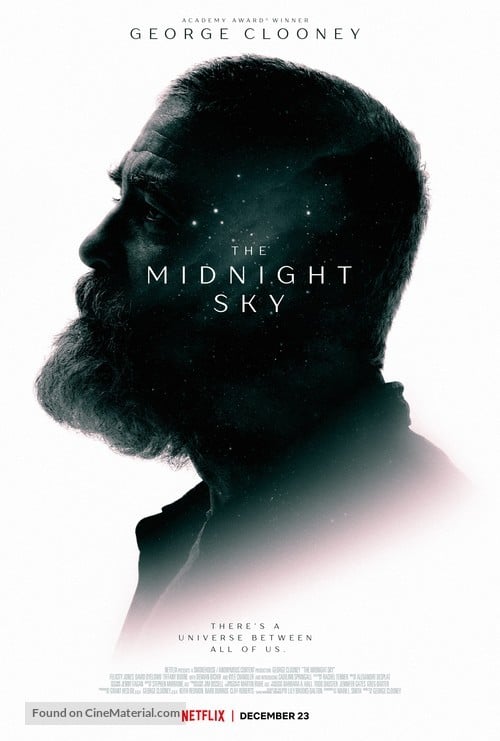 One isolated scientist (George Clooney) remains behind at a research station in the Arctic. His only responsibility to ensure that a group of astronauts are dissuaded from returning to an inhospitable planet Earth. 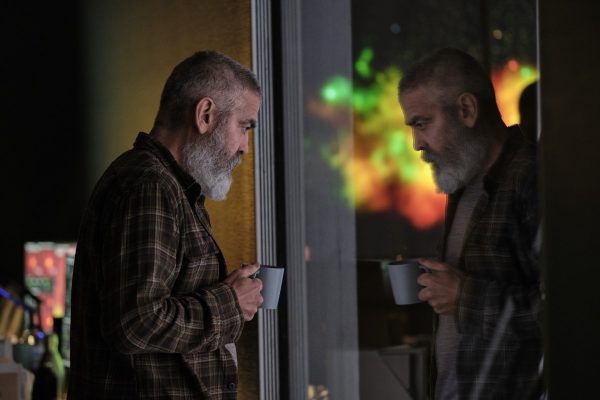 It is rare that an Oscar winning actor director manages to make mediocrity, but George Clooney has done just that with The Midnight Sky. There is no denying the premise is poignant, topical and visually haunting but somehow audiences may find it hard to connect. Playing Augustine Lofthouse, a lone scientist who chooses to stay behind due to terminal illness and an unwavering sense of duty, Clooney is engaging throughout. That the film fails to grab you in a similar fashion remains baffling.

Endless scenes of him living out his solitary life atop an Arctic incline surveying an infinite horizon only gets audiences so far. Flashbacks which hint at a broken relationship, collateral damage and unfulfilled parental responsibilities never really fill the void either. Part of this disconnect comes from the actor playing him in those scenes, as Clooney has chosen to dub Ethan Peck with line readings done by the director himself. That means there is a perpetual incongruity between the actor, what he is saying and any feelings those actions might promote in an audience. 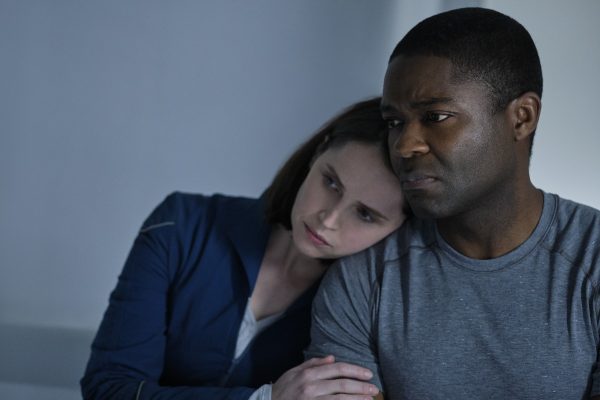 Meanwhile up in space we have the crew of a space ship entrusted to find Earth’s inhabitants another hospitable planet to populate. This is where The Midnight Sky derails slightly as their story is more interesting than anything happening elsewhere. Felicity Jones and David Oyelowo as communications officer and captain respectively are excellent, while Kyle Chandler and Demian Bichir are equally impressive. This crew feels like a family, bickers in the same way and for some reason feels more tangible.

Even when Augustine finds himself a companion in little girl Iris this adds little to proceedings. There are momentary flashes of character bonding which are genuinely touching, but beyond that everything is experienced from a distance. An affect which makes The Midnight Sky easier to admire than to watch or enjoy. Sweeping panoramic vistas, snow dappled tundra and understated naval gazing are all in evidence, yet somehow things never get off the blocks. It manages the unenviable trick of being simultaneously impassioned and earnest yet noticeably unengaging. Much of that is down to the fragmented nature of this narrative. Experiences are fractured, crisis feels watered down and resolutions somehow diminished or disregarded. Fans may stumble on tonal comparisons with Solaris but message wise these films could not be further apart. 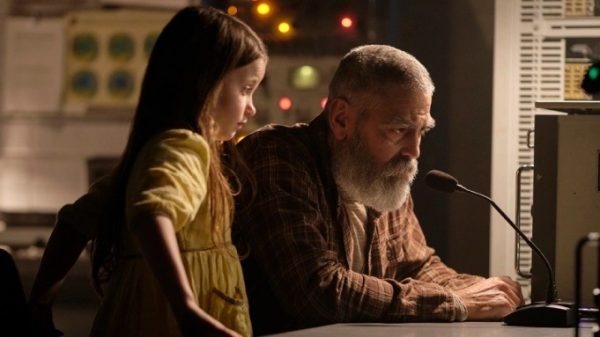 The Midnight Sky also feels unthreatening despite the fact that accidents happen. Neither Augustine nor Iris are ever really in danger, while those on board the space ship suffer from a similar predicament. After films like Gravity and The Martian any movie tackling space needs to up its ante which this fails to do. Ecological disasters, population relocation and outer space issues have all been done before slightly better. In telling this story George Clooney may have squeezed some good performances from all those involved, but somehow let the story slide. This film neither gathers momentum nor offers resolution, which is frustrating considering the rich premise. Unfortunately this is proof that a great story, superior cast and Oscar winning actor director are still capable of making mediocrity.

The Midnight Sky is available on Netflix from December 23rd