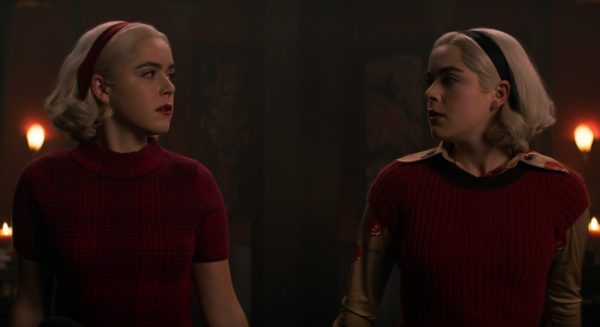 With the final season of Chilling Adventures of Sabrina just around the corner, Netflix is offering up their first look at this story’s final chapter. Gearing up for its New Year’s Eve 2020 premiere, the upcoming season is looking to be the show’s most wild yet as Sabrina must face off with The Eldritch Terrors.

Chilling Adventures of Sabrina reimagines the origin and adventures of Sabrina the Teenage Witch as a dark coming-of-age story that traffics in horror, the occult, and, of course, witchcraft. Over the course of Part 4’s eight episodes, The Eldritch Terrors will descend upon Greendale. The coven must fight each terrifying threat one-by-one (The Weird, The Returned, The Darkness, to name a few), all leading up to…The Void, which is the End of All Things. As the witches wage war, with the help of The Fright Club, Nick begins to slowly earn his way back into Sabrina’s heart, but will it be too late? 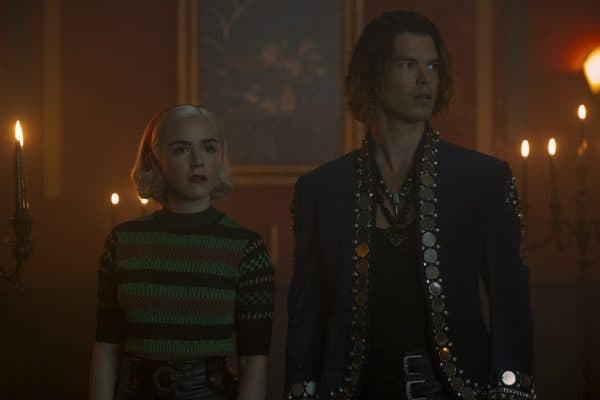 Part 4 of Chilling Avengers of Sabrina will premiere on December 31st, 2020.