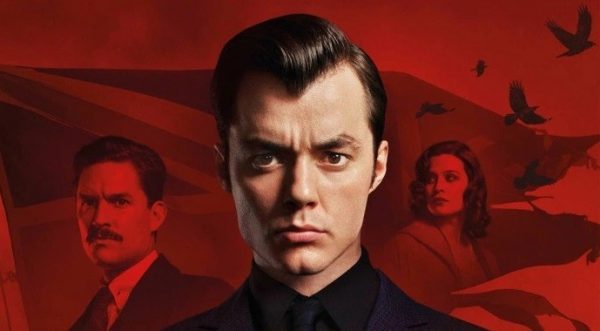 With Jack Bannon channelling Michael Caine’s Alfie we gear up for a second season of Pennyworth. Having shot his father, watched his girlfriend die and slept with the Queen it would seem there is much to live up to. What this DC tangent offers up is the advancement of a veiled Nazi clone, flashes of Marvel’s Hydra and just the slight hint of Stanley Kubrick’s Doctor Strangelove.

James Purefoy, Paloma Faith and Emma Paetz equip themselves well offering help, instability and old fashioned femme fatale credentials in equal measure. Whereas club owning lad about town Alfred Pennyworth is not to be trusted. There are beatings, kidnappings and bloodletting aplenty as motives change and character arcs remain unclear. Jack Bannon certainly cuts a dash as our main protagonist, but the ghost of Maurice Joseph Micklewhite is never far away.

Whether Archbishop’s get blackmailed, barmaids go up in flames or Pennyworth is being chastised for shooting a family member things rarely hit second gear. Plotlines might be convoluted, American atom bombs might make an appearance but somehow things never feel vital. Although the drama is effective our connection with these people rarely reaches an emotional pitch.

Bet Sykes might have an intriguing storyline which hints at an inherent instability, but investing in her is taxing. Edward Hogg as the appalling Colonel Salt is undoubtedly an evil piece of work, but things feel clinical which circumvents our ability to care. Torturing captives and then pushing them into a pizza oven is gruesome, but lacks context and therefore lacks drama. Similarly, Jojo O’Neill’s Aleister Crowley is a decadent deviant who dominates every scene he inhabits, yet beneath the writhing flesh and post coital copulation there is little of substance.

This has nothing to do with actor, who presents an intriguing take on the legendary dandy, but rather that sense of stereotype. Pennyworth is solid entertainment but offers nothing new to the genre. A feeling of Deja vu never goes away even if you take into consideration Pennyworth’s existence within the DC universe. There are hints at the Thomas and Martha Wayne yet to come, while Jason Flemyng is clearly having fun as Lord Harwood but these are mere diversions.

Bringing in the Oppenheimer conundrum is a great plot thread, while a fictional reworking of Nazi occupation provides breadth. However Pennyworth gets so bogged down in relationships either personal, professional or both that momentum is hard to come by. Production polish, vast man made sets and period costumes might be on point but unfortunately things never feel grounded. This series only has fleeting moments of melodrama and character connection, which underline the potential of this premise rather than truly exploiting it.