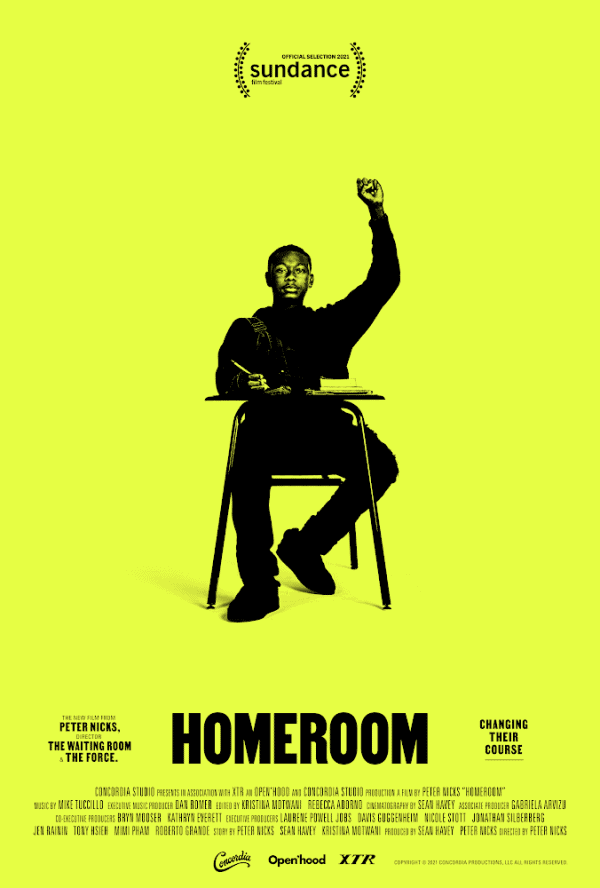 Oakland as a tantalising case study. In a city that struggles with rising crime and health care woes, its public school systems aren’t exactly equipped to prepare youth for the travails of young adulthood. 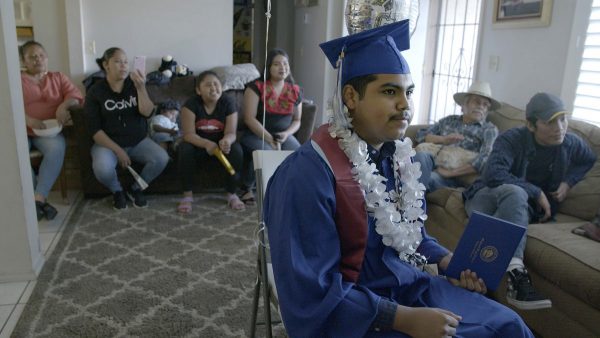 Director Peter Nicks’ (Waiting Room, The Force) observational documentary Homeroom affords a group of youngsters the luxury they’ve been so thoroughly denied by the bureaucrats in charge of their education; the chance to speak up without interruption.

Nicks embeds himself within the 2020 class of Oakland High School, which is just one of a few school districts throughout the United States with its own police force. With millions of dollars being diverted away from education to fund the force, cuts and closures to educational services run rampant, which combined with an increasingly gentrified Oakland, the ever-present threat of blue-on-black violence, and a pandemic threatening everything, scarcely leaves the Class of 2020 with a fighting chance.

Or so it seems. But as Nicks’ film makes abundantly clear, there are many students – especially our focal subject, Denilson Garibo, a student director on the Oakland Unified School District board – prepared to cut through the web of bureaucracy and fight tooth-and-nail for their basic rights to education. And better still, to do so free of hectoring from a police force most of the student body argues they don’t even need.

That the youngsters featured throughout can remain so committed, even hopeful in the face of an uncaring system – one systemically designed to deny them success, even – is deeply inspiring. Bridging the chasm of understanding and communication between youths and adults isn’t easy – a conversation the kids have with Mayor Libby Schaaf has enough hot air to power a large balloon – not to ignore the apathy and disinterest from some of the students’ peers. In 2020 of all years, getting people to care about anything beyond basic, everyday survival is extremely difficult.

But COVID-19 doesn’t rear its head until roughly half-way through, after students have happily submitted their college applications and blissfully welcomed 2020, unaware the chaos that they and everyone else are sliding towards. As with students elsewhere, their senior-year plans were thrown into disarray, as they struggled to adjust to the new remote learning paradigm, while also being robbed of the expected rites of passage such as in-person graduation and prom.

Yet there’s a desperate need to keep up momentum with the police issue, and not allow valuable energy to dissipate in the vacuum of the virus. This becomes only further complicated with the murders of George Floyd, Breonna Taylor, and others, and the ensuing Black Lives Matter protests, though they also present students with a golden opportunity to make a most persuasive argument; when cop violence happens like this, why would anyone want them patrolling in and around a school?

Filtering systemic racism and the “defund the police” argument through the prism of the high school experience gives Nicks’ film a unique angle with which to ponder some of America’s most pressing issues, offering up an illuminating civics lesson worthy of the great Frederick Wiseman in the process.

Despite the difficult-to-solve concepts it grapples with, Homeroom at least offers a fringe of optimism for the current generation of young adults, that their willingness to fight for their rights, call out injustice, and persist against a machine engineered to steamroll them will probably let them go far. Smaller victories can snowball into grander change, and from the picture Nicks paints here – one undeniably informed by the tragic overdose death of his own daughter Karina shortly before production began – these kids just might have the resilience to get the job done.

This engrossing, urgent fly-on-the-wall documentary powerfully depicts the institutional strictures stonewalling black prosperity. The winds of change may move slowly, but the subjects presented here offer a hopeful picture for the future.