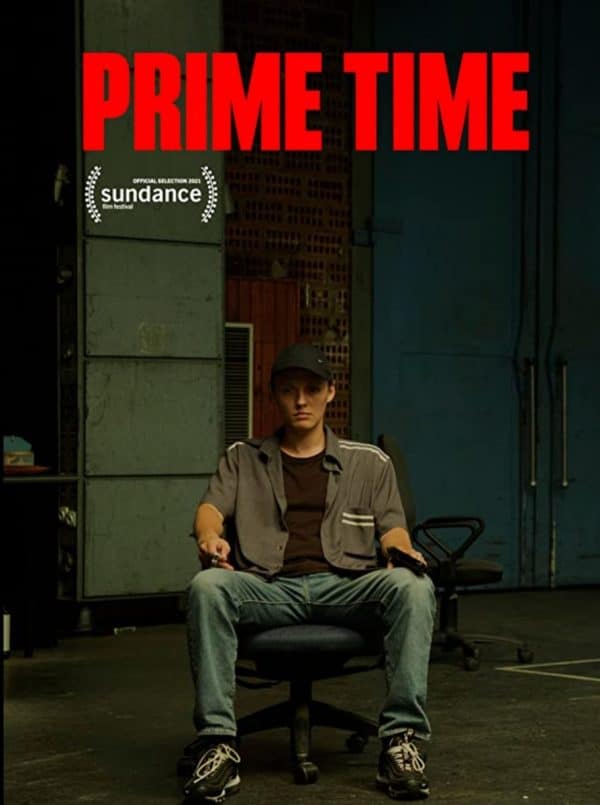 In 1999, Sebastian locks himself in a TV studio. He has two hostages, a gun, and an important message for the world. 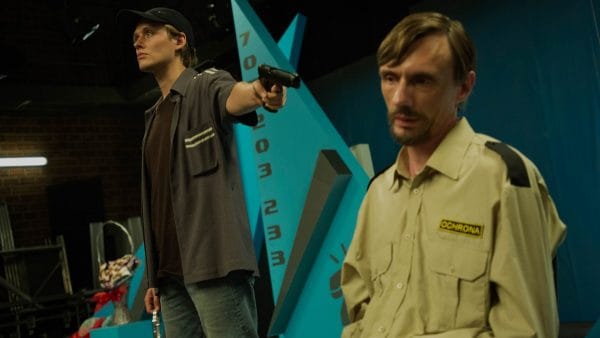 Dog Day Afternoon. Network. The King of Comedy. The touchstones are myriad for Polish filmmaker Jakub Piątek’s satirical thriller debut, which while saying little new about the insidiousness of the mass media engine, nevertheless succeeds enough as a modest, claustrophobic acting showcase.

On New Year’s Eve 1999, 20-year-old Sebastian (Bartosz Bielenia) sneaks his way into a TV studio and, using a gun, interrupts a live broadcast. Sebastian takes glamorous TV presenter Mira (Magdalena Poplawska) and her security guard (Andrzej Klak) hostage, while demanding that the live feed be restored so that he can broadcast his own message to the world.

Piątek gets points immediately for wasting little time from the outset, kicking off the hostage situation mere moments into his feature, quickly establishing the story’s central mystery – what, exactly, is Sebastian desperate to say to a television audience of millions?

In many ways Prime Time is a film made to intentionally mystify and frustrate, most of all that anyone hoping for a concrete answer to the focal question will be left hanging past the end credits – though that ultimately seems to be very much the point. 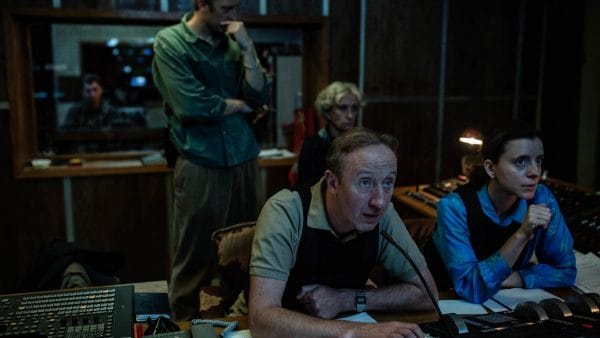 Though the hostage scenario initially proves oddly lacking in tension given how non-threatening Sebastian seems, the fact that a SWAT team spends the bulk of the film waiting outside the studio ready to fire at a moment’s notice creates plenty of its own suspense. After all, we as the viewers come to care for Sebastian just as his hostages do.

Dual metaphors such as this are woven tightly throughout the film. For though a man hijacking a news station in order to be heard might seem quaint in an age where anyone can loudly broadcast a signal from a social media account, it generates an added level of captivity. After all, the pre-YouTube/Twitter era of television had a far tighter grip over audiences who were more starved of choice and diversity – a captive audience indeed. The millennial setting is further significant given that 1999 is the year where global adoption of the Internet soared and, eventually, led to the birth of modern social media.

On a broader level, the film is a straight-faced takedown of live TV and the pedestal it’s generally placed on, particularly in decades past. This is best exemplified by the clear delicacy with which the station’s supposedly professional broadcast is held together, braced between the dubious competence of feckless executives and snide producers. 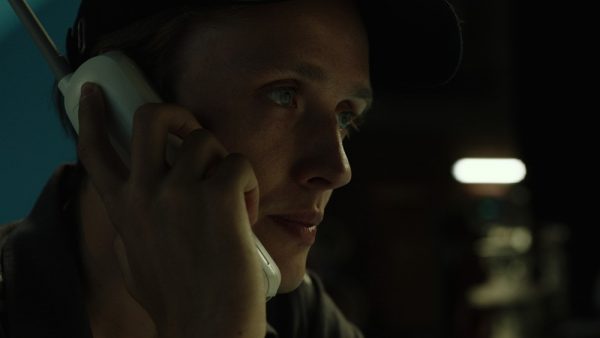 Piątek also examines how the media itself covers the event, the station effectively swallowing its own tail as one of the show’s producers scrambles to record footage of Sebastian which, presumably, could be used in a future report on the incident. As an indictment of the media industry’s unending cynicism, it’s quite brilliant, and easily the most well-realised facet of the film’s social critique.

It does have to be said, however, that the flabby middle-portion does struggle to maintain complete interest and transcend the familiarity of its hostage situation premise – even at just 93 minutes in length. From a character perspective there’s little fresh or compelling; Sebastian remains a relatively opaque character by film’s end, and even the more pointed suggestions of a troubled past don’t delve far beyond garden variety daddy issues cliches.

And so, Prime Time builds to a finale that, despite the real-time delivery and short runtime, presents an odd lack of urgency. Yet the dissatisfying ending is in many ways the entire point of the film, offering up a final thumbing of the nose at the media’s insatiable thirst for meaning and “content” to be commodified, and also our own leering interest in it. It’s clever, though won’t necessarily mean all audiences will find it a fitting payoff after a movie’s worth of mystery. 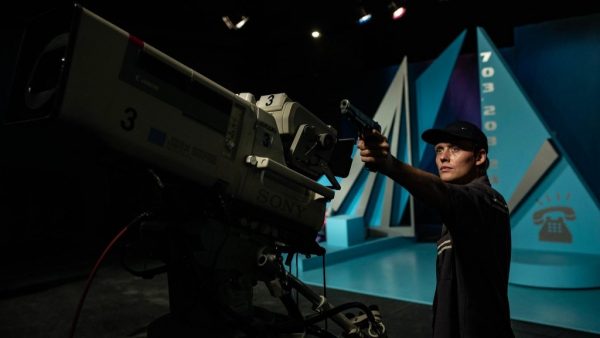 But even when the story falters, it’s buoyed by a strong performance from Bielenia in the lead role. He brings a subtle ambiguity to Sebastian that fully supports the filmmaker’s thesis, and fantastically depicts the man’s inner-torment, usually thanks to his gorgeously expressive face.

Poplawska also turns in solid work as the glitzy presenter who just barely stops short of being a caricature of a pompous TV personality, revealing more character beneath as the movie progress. And Monika Frajczyk brings humanity to the role of Lena, a sympathetic negotiator who becomes emotionally involved in Sebastian’s plight.

As a piece of technical filmmaking, it’s fair to call this more efficient than inspired; capable, but relatively unremarkable. Piątek at least makes smart use of his confined locale, and clearly relishes the idea of the TV screen as another box within which people can be confined. Though beyond clinging close to his lead actor’s face, he generally offers up a detached, workmanlike approach to the central drama.

If not nearly taking its intriguing – if familiar – premise far enough, Prime Time delivers modest entertainment largely thanks to a gamely committed performance from Bartosz Bielenia.