The film follows Rita Moreno, focusing on her early life and career. 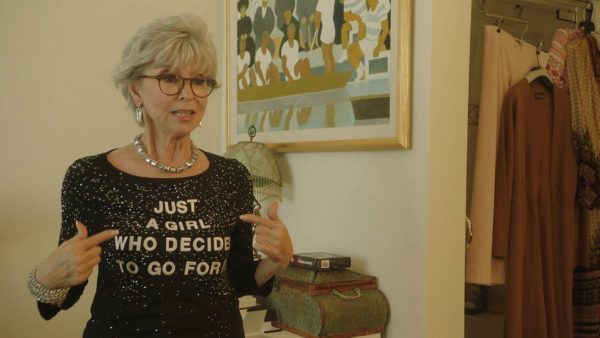 There are few living Hollywood legends quite like Rita Moreno. And you don’t need me to tell you that; Google her resume and see she’s one of the most accomplished actresses of all time. That’s one thing the latest Sundance documentary Rita Moreno: Just a Girl Who Decided to Go for It didn’t need to tell me. I knew Moreno was an icon, but hearing her stories and the impact she’d made on others is what you really go into this piece for.

Filmmaker Mariem Pérez Riera does a fantastic job of capturing the life of this Hollywood great, while never making it feel self-serving or wallowing in misery. It’s an incredibly candid film with some dramatic moments, but it moves at a swift pace that you are moving onto something more uplifting rather than focusing on such hard moments.

From Moreno’s disastrous love affair with Marlon Brando to the hardships she faces as a Hispanic woman in early Hollywood days, you get a sense that life wasn’t easy, but Rita Moreno never once lets it ruin her shine. She’s the perfect example of dusting yourself off after you fall and getting right back into the mix of things.

If I ever needed a life-affirming reminder, Rita Moreno: Just a Girl Who Decided to Go for It is what I’d throw on to remind myself to keep kicking ass like the figure at the front of this piece. 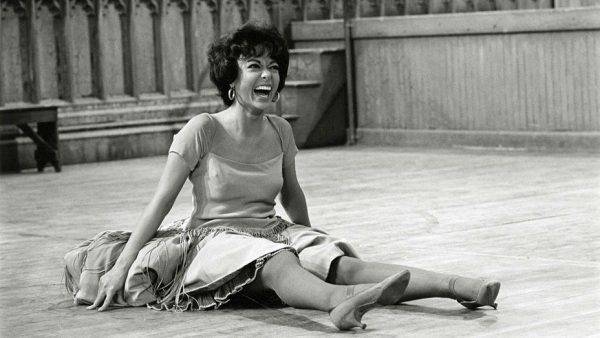 From West Side Story to HBO’s Oz, you’ve likely seen Rita Moreno in something, but I don’t know if the average film fan understands how much she’s hustled for her legendary status. While she explains gaining her first film contract wasn’t difficult, everything else after was.

When there wasn’t anyone like her in the industry, Riera’s documentary takes time to look back at that era in the industry with the golden-age fondness we all have. Still, it never once lets you romanticize this time that made Moreno’s life hell. From the racism to the sexual violence, it wasn’t easy being one of the few Hispanic names.

Even after her break-out role in West Side Story, she still had to fight for a spot that wasn’t a cliche or dangerous stereotype. Nowadays, Moreno controls how she’s depicted on-screen and makes sure her characters are handled with care, but it wasn’t always like that. Rita Moreno: Just a Girl Who Decided to Go for It dives into some of her post-Academy Awards win, and, shockingly, the prestige roles didn’t come rolling in. It did lead to her doing the PBS show The Electric Company, which is one of her most famous roles to date, but it’s still sad to see talent get ignored during her time.

But as the documentary taught me, you take what comes at you and do it fiercely. Cause from her humble looks to her stunning red carpets, there’s one thing I knew this would offer me, and it is all the wonderful fashion. Moreno also pulls out a now-iconic shirt that would be used as the title for this film. 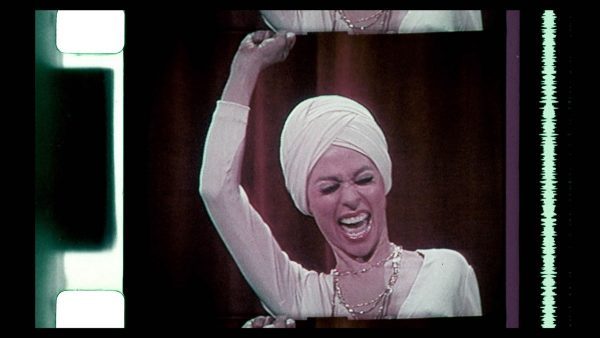 With its great line-up of guests that includes Whoopi Goldberg, Gloria Estefan, and Morgan Freeman, you will hear stories of Rita Moreno’s power and presence. Even scholars speak about her important in our industry! So glad that filmmaker Mariem Pérez Riera gave all these stories a place to live because this should be used as homework for anyone upcoming in Hollywood.

Rita Moreno: Just a Girl Who Decided to Go for It will likely be my favorite documentary from Sundance 2021. That’s no disrespect to the other projects included, but I can’t see anything else speaking to me as strongly as this artful piece.